“The Red on the Rainbow,” A Brave and Important Play 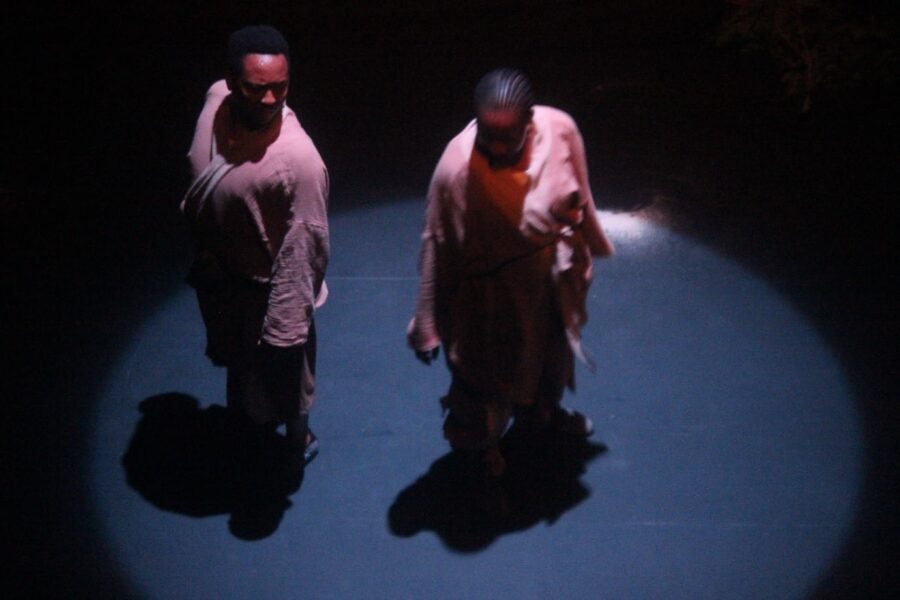 "The Red On The Rainbow" written and directed by Monageng ‘Vice’ Motshabi (Photos provided by Soweto Theatre).

In 2017, Coligny, a small dorpie in Bokone Bophirima (North West Province), was thrown into the national spotlight when a young black man was allegedly killed by two white men over the theft of sunflower seeds.

These tragic events would once again lay bare the fraught nature of race relations in South Africa and serve as a stark reminder of the limits of the much lauded and now much maligned (especially by black people) ‘rainbow nation’ project.

It is these events which recipient of the Standard Bank Young Artist Award for Theatre (2017), Monageng ‘Vice’ Motshabi takes and moulds into a story worthy not only for the stage, but one which is as faithful to the events as they transpired.

In an article he did for a local publication, Vice, as he is affectionately known was adamant that he is not concerned with doing theatre for the sake of it. 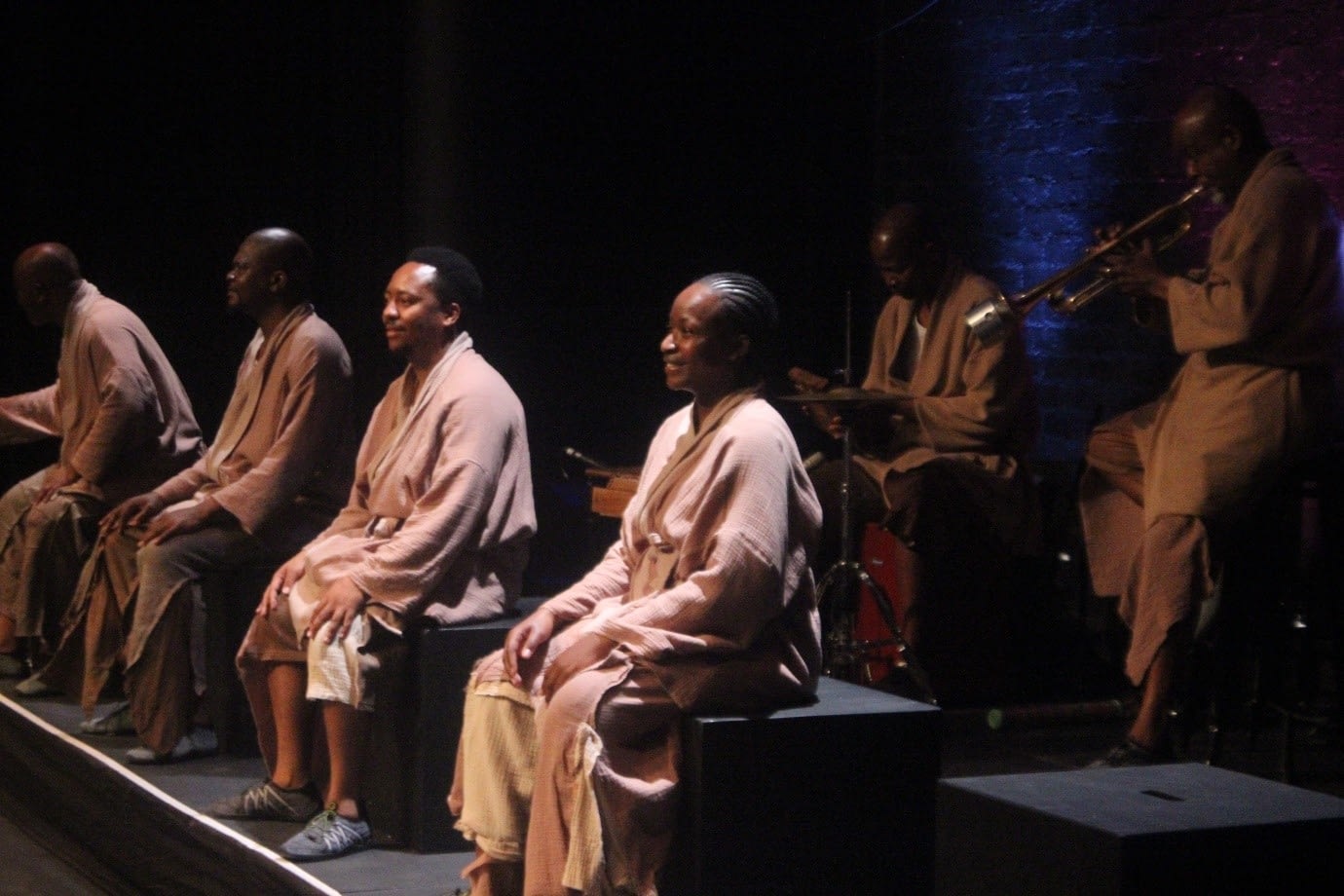 See also: You Will Never Walk Alone: A Story of Resilience and Hope

“…I’m always wrestling with form. I have an innate desire to rebel against convention. I haven’t always been aware of what it is I’m looking for, but I always knew that I wanted to disrupt a certain logic; that I was looking for something outside a Western “slice of life” kind of theatre”.

Vice’s oeuvre of work as well as choice of creative collaborators is further evidence of this. He collaborated with Kwai-Jazz poet, playwright, theatre director and academic Kgafela oa Magogodi on Book of Rebellations. He also collaborated with Omphile Molusi on Ankobia, whose themes included land, identity, and dispossession.

See also: Theatre for One: A New Kind of Theatre Experience

In the almost two year process of writing The Red On The Rainbow, whose previous working titles were Mandela’s Ghost and On Noah’s Blood-Stained Rainbow We Dance (the latter adapted into a short film by the German theatre company Label Noir), and then finally settling on The Red On The Rainbow, Vice did not stray from how he sees the world and how that world needs to be portrayed on stage. 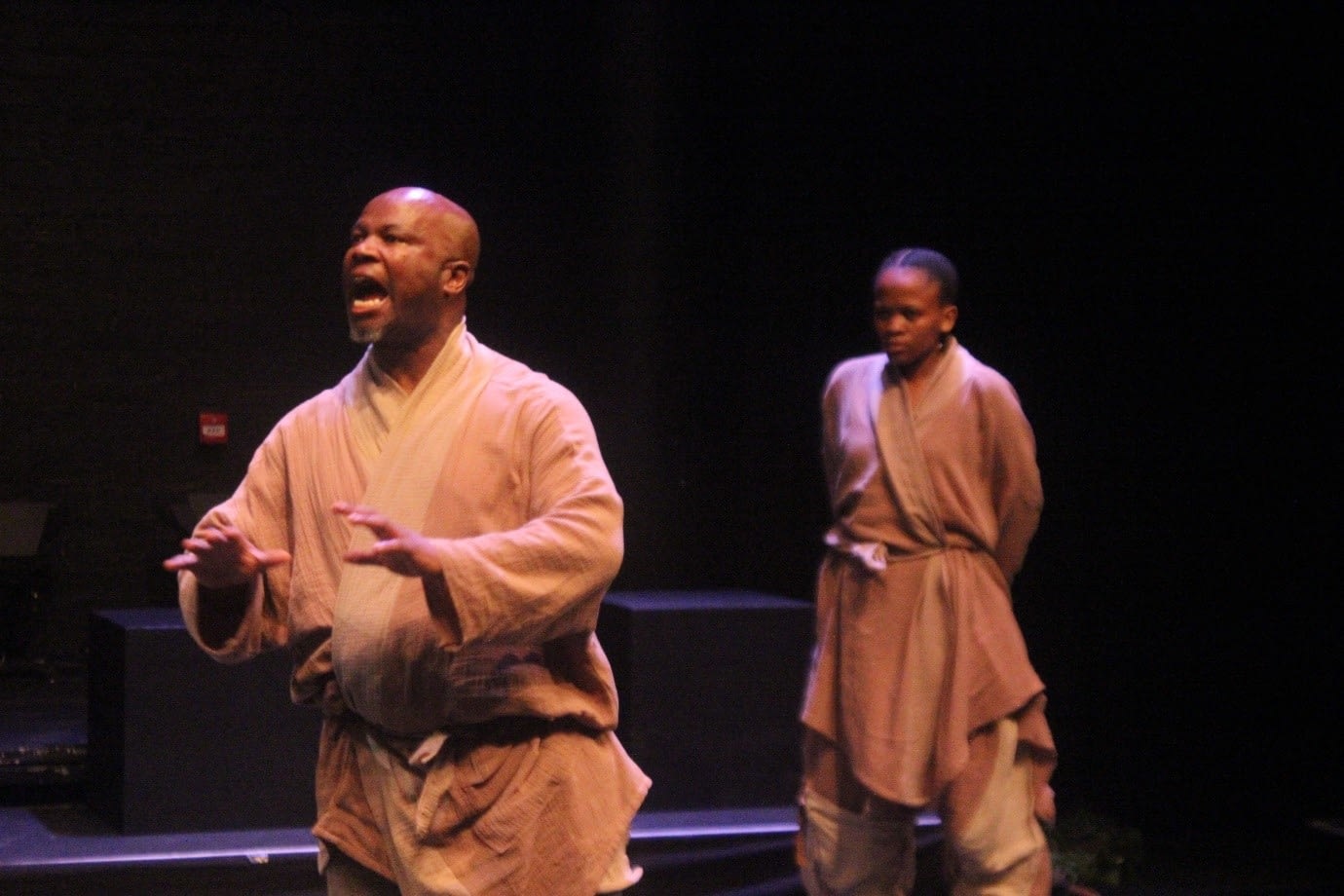 The Red On The Rainbow, with movement directed by Mandla Nicolas Mngevu and music by Sydney Mavundla and Volley Nchabeleng (Photos provided by Soweto Theatre)

Given how artistic license is at the core of great creativity, in Vice’s hands this technique seems to be what allows him unlimited freedom to disregard form, and tell this story as only he can and to include multiple elements such physical theatre, dance and storytelling so as to weave this into the complete work which The Red On The Rainbow is.

See also: In Shaka Zulu: The Gaping Wound, the Past is Present

The result of this is a world of the play which is somewhat dystopian yet so real, and relatable that as the characters step in and out of the different characters they play, sometimes even exchanging the playing of certain characters amongst themselves, one is still able to follow the story. The fact that the play is told in a non-linear format with lots of flashbacks, flash-forwards and some ‘play within a play’ elements, this gives it a freshness which can only come from not being afraid to experiment. If it were not for Monageng Motshabi’s directorial vision and skill to make all these elements work, The Red On The Rainbow would have been clumsy, docu-drama like and all over the place. 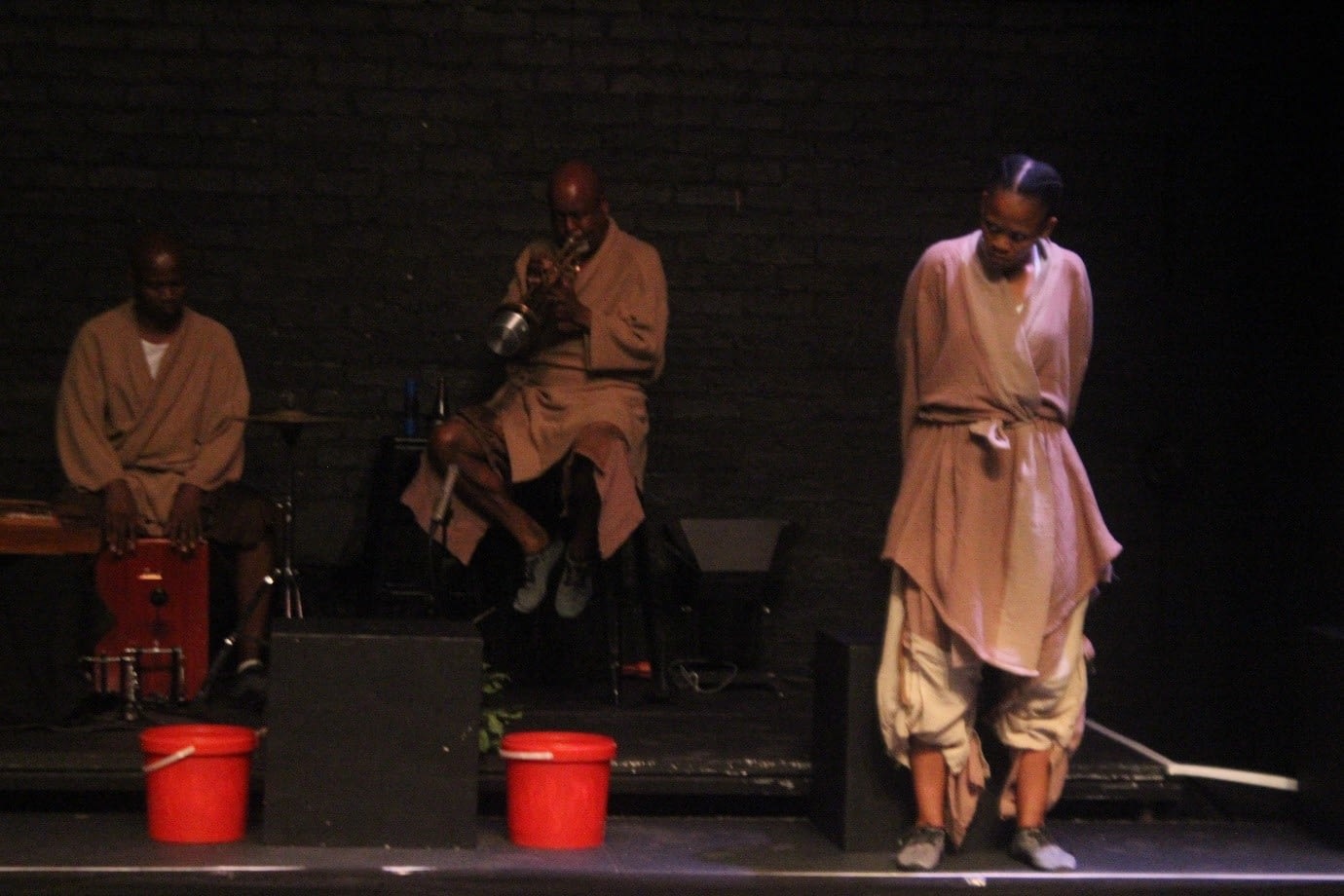 The choice of long flowing robes as costume, and the earthy-brownish colors for the characters also adds to this sense of dystopia. In utilizing ritual, especially that of bringing the spirit of the deceased from their place of death to their burial site and actually using the buffalo thorn tree to do so, Vice seemingly makes the connection between his dystopian world of the play, the past, which is also ever present.

See also: John Rwoth-Omack Bears the Torch of African Theatre in the Diaspora

Plays based on true events are not a walk in the park given all that one needs to navigate so Monageng Motshabi must be commended for letting this story choose him and telling it in the way he did.

The Red On The Rainbow written and directed by Monageng ‘Vice’ Motshabi with movement direction by Mandla Nicolas Mngevu. It featured Tshireletso Nkoane, Dambuza Nqumashe, Thapelo Motsikoe, Thato Malebye, Xolile Gama with music by Sydney Mavundla and Volley Nchabeleng. It was presented by Arts Alive International Festival and Diartskonageng and was at the Soweto Theatre from November 18th, 2021-November 21st, 2021.

This article was originally posted in The African Theatre Magazine on December 10, 2021 and has been reposted with permission. To read the original article, click here. 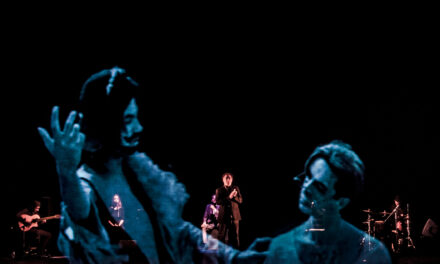