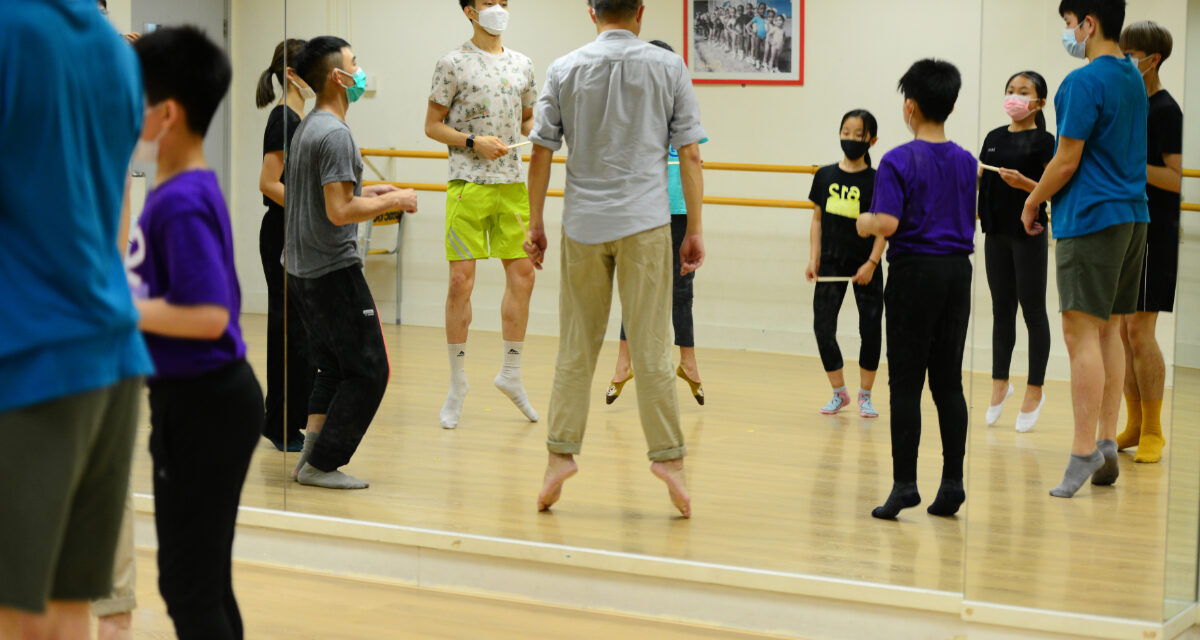 It’s hard to think of a more awkward time for Yuri Ng to have become the City Contemporary Dance Company (CCDC)’s artistic director. Last January, when he formally took up the post, Covid-19 had brought live shows to a halt. With the building that was its home in Wong Tai Sin for four decades now being prepared for demolition and redevelopment, the company had to move; its new home, in Tai Po, is closer to Shenzhen than Kowloon, let alone Hong Kong Island.

The political shakeup that followed the protests of 2019 has put big question marks over what kind of statements and outlooks could now be deemed law-breaking. In the preceding year or so, just under a third of the company’s dancers had left the company. And on top of all this, Ng was replacing Willy Tsao, the company’s founder and principal driving force for the last four decades.

Yet it’s also hard to think of a more likely candidate to run the company. Ng’s fingerprints can be found across Hong Kong’s performing arts. As well as shows for the CCDC, he has choreographed pieces and designed sets and costumes for the Hong Kong Ballet, Hong Kong Dance Company, Hong Kong Repertory Theatre, Zuni Icosahedron and Edward Lam Dance Theatre, to mention just the more famous names. From 2011 to 2013, he was an associate artist of the Hong Kong Sinfonietta. He’s co-artistic director of Yat Po Singers, an a cappella group, and, of course, he’s run various dance groups of his own.

Born in 1964, his roots as a performer lie in ballet, beginning at the age of six with the Jean M. Wong School of Ballet, which was founded in 1960 and is still going strong today. After a spell studying in Canada, it was on to the Royal Ballet School in London. There he was told that, not being white, he had no future as a dancer with the Royal Ballet, so it was back to Canada and a decade with the corps de ballet of the National Ballet of Canada.

Aged 29, he returned to Hong Kong in 1993, and went straight into working with CCDC, choreographing and designing the set and costumes for A Game of ____. Multiple shows for the company have since followed, notably The Firecracker in 1997, marking the 30th anniversary of the city’s 1967 unrest, which he subsequently rechoreographed for Hong Kong Ballet in 2010, and Requiem HK in 2019, a piece that won him prizes for best choreography and best show in a large venue at that year’s Hong Kong Dance Awards. After nearly eight months in charge, he’s about to open the first of his own shows of his artistic directorship – Luck-quacka, a reworking of The Nutcracker at the Cultural Centre studio from August 20 to 22. The show continues the CCDC’s tradition of presenting a piece aimed at families each summer. But as the play of words in its title suggests, Ng’s reworking is aimed at turning ballet’s most popular work by far on its head – why, otherwise, put on a version of this most Christmassy of shows in the hottest month of the year?.

Part of this seems to be Ng wanting to put a line under a piece of work that has cropped up throughout his dance career. “This is my fourth Nutcracker,” he says. “I’ve decided to make it my final one – so I want to be naughtier this time.”

“There’s still the Sugar Plum Fairy,” he promises. And Tchaikovsky’s score – “The music’s very happy – you don’t to have to worry about that.” But there’s also another side for the older members of the audience, one centred on Drosselmeyer, the gift-bearing uncle figure of the show.

There’s also a personal element. “I’m trying to tell it as a story about loss—losing your confidence, your hair, your mobility, feeling your age—all things I’m going through,” says Ng. Yet rather more importantly, though the idea for the show is his, it won’t be his show. As he takes pains to stress, it’s a group effort. He’s shared the choreography with three others—Noel Pong, Ronly Kong and Peggy Lam, all long-standing CCDC members—and brought in two dramaturgs, Melissa Leung and Dong Yan, and five scenographers, Siu Wai-man, Cindy Ho Pui-shan, Lawmanray, Siu Tung and Anthony Yeung.

His point is clear. Under his leadership, he will continue to advance his own artistic ambitions, but more important is bringing out those of others. “CCDC should be a platform for people who want to experience being creative – who want to experience creating something for themselves and for the company,” he says.

Being appointed during the pandemic had the advantage of allowing him to spend time with each member of the company. “I spent two weeks interviewing the dancers individually,” he says. “Because I was new to the company, I wanted to understand them, hear how they felt about the future of the company. What kind of things are they interested in? Are they staying here because it’s a job or because of me and what I can offer them? Because of an attachment to Hong Kong? Because of an attachment to making art?” The outcome was a specific plan for each of them. “I heard a lot of stories and heard a lot of wishes. I will offer them opportunities and they will have to choose,” he says.

But those dancers must also be willing to try new things. “Some of them assume that they’re here as dancers and so they will just dance. That won’t be enough,” says Ng. “By opening themselves up [to new possibilities], they can experience other things, work with different people, have challenges, make mistakes, face disaster, dance very difficult stuff.” What about his own vision for CCDC? He answers in the negative: “We’re not forward, we’re not contemporary.” Addressing this shortcoming will call for involving others who can bring in new ideas and rooting things more strongly in the present: “Here and now: what do we need to know as humans in this day and age?”

That could mean looking at the bigger issues arising from being part of Greater China and, beyond that, the world, but the primary focus will be closer at hand – the concerns of theatre as it emerges from Covid-19; what’s affecting Hong Kong; even what it means to be based in Tai Po – a question of practical importance when it comes to attracting dance classes to students from across the city.

What about working across the border in the rest of China? “I’m not against it,” says Ng. But it’s another area where he wants to work on things closer to hand at first. “My concern is what sort of repertoire will we be bringing? How will we be presenting ourselves [as a company] and Hong Kong [as a place]? I’m not afraid of going to China – or Africa, or India, or Europe. But what is that we will be showing to the world?”

Clearly there are issues of identity that have to be sorted out: rediscovering what it means to be from Hong Kong? “Of course,” says Ng. “Constantly.” But also on a narrower, more personal scale. “I keep asking who I am – as an Asian, as a ballet boy, as a gay man, as a Hong Kong person. Am I Chinese? Canadian? Am I old? Who am I!”

Some of those questions will be set to surface later this year in Ng’s next show for the company, Home Sweat Home. Like Luck-quacker, it will be a piece with shared creative responsibilities but centred on how people feel about where they live. “Do you want to settle? Do you feel settled? Is it a good thing to feel settled?” – all pertinent questions for those likely to be its audience, though with dialogue in Cantonese, Teochew, Shanghainese, Thai and Australian English, its boundaries look set to be drawn far beyond Hong Kong.

If Hong Kong needed a dance star, Ng’s CV would make him more than qualified to play the part. That, however, is not the path he has chosen. Instead, under his leadership, the CCDC looks to be headed down a route that’s hard to discern – perhaps more experimental, perhaps more centred around the personalities of its performers and other artistic staff. Perhaps, also, determined by what’s possible in the new Hong Kong now taking shape.

Against this backdrop, the full form of Yuri Ng’s CCDC could well take some time to emerge. Already, however, there are some important structures in place: commitments to broaden the outlook and ambition of its dancers, to work with the wider community, and to work with Hong Kong’s exploratory dance community. That doesn’t yet add up to an artistic vision. For that, we will have to wait and see what time and circumstances permit.

Luck-quacka runs from August 20 to 22, 2021 at the Studio Theatre, Hong Kong Cultural Centre. Home Sweat Home runs from November 13 to 14, and 18 to 20, 2021, at The Box, Freespace, West Kowloon Cultural District. Visit the CCDC’s website for more information.

This article was originally published by Zolima City Mag on August 18, 2021, and has been reposted with permission. To read the original article, click here. 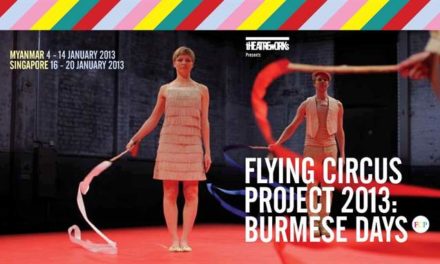 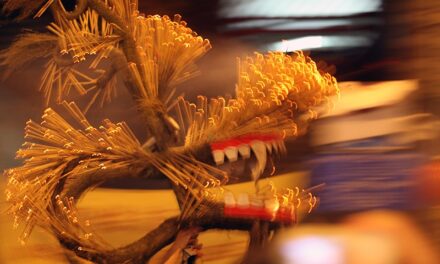