The Work of a Poet: The Marull Sisters’ New Play “Hidalgo” 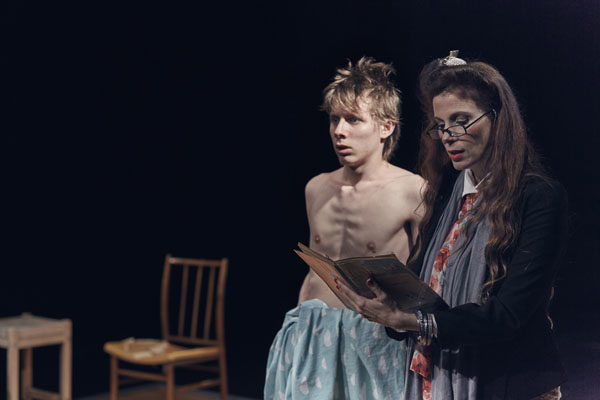 The Marull sisters do it again with their new play Hidalgo.

From the minute Susana walks into the stage, she is as rattled as can be. This nervousness is going to be a constant throughout most of the play, but the audience doesn’t know that yet. What they do learn almost immediately is that Susana has every right to be tense: she is a real-estate agent who is expecting potential buyers any minute now, while in the very apartment she has to show them a teenage boy is sitting on a dirty old mattress, bare-chested — and he’s unwilling to go away.

This is how Hidalgo kicks off. Written — with an outstanding dose of humor — by María Marull and starring her sister, Paula Marull and Agustín Daulte, the play revolves around the tensions that spark between the two characters, and how their relationship slowly evolves into a strange and unique bond.

Susana is the stereotype of a hardworking employee, one who strives to get the job done no matter what. She will take three buses to get to the apartment she has to show and will do her hair and makeup at the very spot while waiting for the clients. By her mere anxious movements across the stage, it becomes evident that she goes to great lengths to appear presentable and to get that commission she so desperately longs for.

Victor, on the other hand, is a teenager who is living in the apartment, as a squatter of sorts. Susan reminds him over and over again that he and his family are not paying anything to live there, and that he was lucky enough to have a father who came to an agreement with the building administrator to let him stay there while they were looking for something else.

Victor says he won’t go. Susana says he’ll make him. Victor is sloppy, has food lying around the apartment, doesn’t have any clothes and eats sausages with mayonnaise with his hands. He appears to be a weird introvert, while Susan goes on and on telling him her life story; she says every line that Victor doesn’t dare speak.

It is in the midst of this strange meeting between two unlikely friends that things get interesting. Victor claims to be studying for school and when Susana’s client’s phone to say they will be late, she begins helping him with his homework.

She finds out that if Victor doesn’t hand in a piece about poet Bartolomé Hidalgo, he will fail his year at school for the second time. And so they read about Hidalgo, and find out he was an outstanding man, a patriot and an artist, an intriguing figure that some historians claim never even existed. Soon, helping him get it done right becomes Susana’s personal quest, while Victor assures her that none of it matters because he will fail either way.

Just like La Pilarcita, Marull’s previous work, Hidalgo does an outstanding job introducing small-town characters or, in this case, a character who lives on the outskirts of the city and strives to blend in.

But what’s particularly interesting about Hidalgo is that while both of them have to survive in the city, neither of them appears to be particularly comfortable in said habitat. While Victor’s family seems to be in a better economic position, it is Susana who cares about making the apartment look decent. We then find out that Victor’s father has left him there without food or school supplies, and that his mother has kicked him out because she is expecting another man’s child.

It becomes evident that what brings these two characters together is not so much the struggle for the apartment, but rather a devastating sense of loneliness and abandonment. For Susana, it’s all about working as hard as she can only to realize that it is never enough. As far as Victor is concerned, he doesn’t even try to work hard because he is overcome by a sense of futility and quiet despair.

They are both subject to their masters’ will, that is, to her boss and his father. Life presents itself as a hamster wheel: Susana runs and runs hoping it will get her somewhere, and Victor sits in the corner, too aware that it won’t.

Between them stands Hidalgo, a man who worked hard in every aspect conceivable, who made history through his poetry and love of country, a man who emerges as an epic figure to be taken as a role model. But as the story goes on, and it quickly becomes evident that Hidalgo is an excuse to have the two characters learn from each other and, in a strange way, do exactly what they need to do.

Everything in Hidalgo works to perfection. The performances are spot-on. In a wonderful combination of acting, Paula Marull delivers every single line brilliantly while Agustín Daulte’s body language speaks just as loudly as her words.

The themes mentioned above, as well as a critique of the effectiveness of school and a statement about exploitation in the workplace — which could all be considered serious and almost metaphysical — are always dealt with in a comic key that will have the audience bursting into laughter every other minute before suddenly falling into deep silence when one of the character does something moving.

Because at the heart of this play, just like that of La Pilarcita and Yo No Duermo La Siesta (also written by Paula Marull and starring María Marull), lies a story that is, above everything else, human.

It is inevitable that the audience will connect and love the characters on stage and feel deeply involved with the universe created by the Marull sisters. Hidalgo confirms what we suspected with their two previous works: these playwrights and actress are, without a doubt, two of the finest artists on the scene today.

This post was originally published to the Buenos Aires Herald on July 28th 2017 and has been reposted with permission. 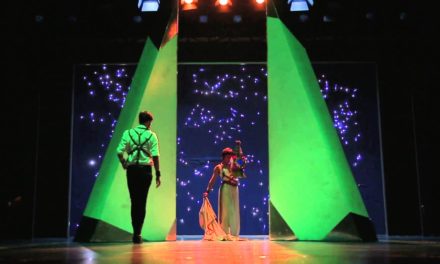 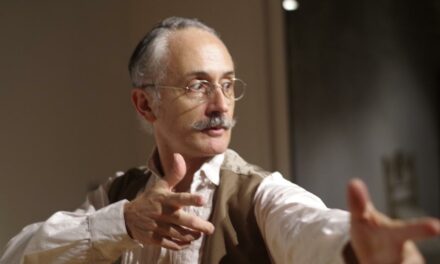