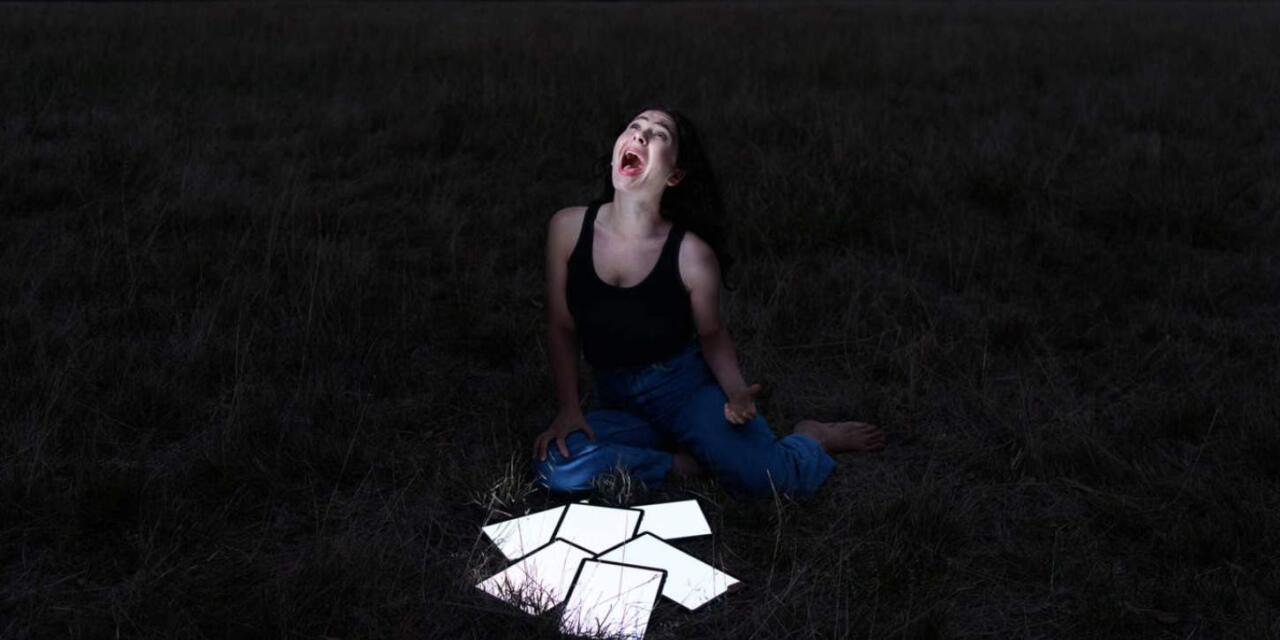 Review: My Self in That Moment, directed by Tamara Saulwick for Chamber Made.

In his visionary essay published almost a century ago, Walter Benjamin argued that something of the aura is lost in mechanical reproduction.

Now, Chamber Made’s My Self in That Moment takes a dystopian view of the lost soul of the self in the digital age.

Tensions between machines and humans have prevailed since Descartes, and are becoming increasingly problematic in our current techno-age.

Under artistic director Tamara Saulwick, Chamber Made produces multimodal projects that investigate the intersection of technology, sound and music in live performance.

Composer and sound artist Peter Knight’s distinctive, extended sounds are drawn from the palette of the three vocalists who perform on different nights.

On the night I attended it was Jessica Aszodi, a local export who now divides her time between the new music scenes of Berlin and Chicago. Aszodi delivers her warm and virtuosic voice with a characteristically compelling presence.

When the production opens, the singer – the “self” of the title – is hidden from view, behind the mythologized Pythagorean veil.

The Greek philosopher Pythagoras would purportedly deliver lectures from behind a screen so that his disciples could focus on content.

This experience of hearing the voice without seeing the human who speaks forms the basis of the work.

Hearing without seeing is a familiar experience in our current age. Photo Credit: Chamber Made/Pia Johnson.

Sound, image and physical body are decoupled, and gradually splintered like the many facets of our online presence.

With monastic purpose, Aszodi interacts and intervenes with the image and sound of her body, distributed over 49 networked mobile devices, with the aid of Steve Berrick’s technical wizardry.

Voice and image become increasingly distorted through replication, imitation, pixelation, multiplication, looping and fragmentation. The voice is layered and transformed in impossible ways. Images of her physical body are eventually eroded, until all that remains are fragments of a former self.

It is as if the body is dismembered and the soul carved out of the person, screen by screen, limb by limb.

Revealed centre stage at the work’s apex is a disturbingly disfigured, unrecognizable, primal beast who writhes and grunts like a primitive animal.

Finally in the flesh

Eventually this beast removes its second skin. From the chrysalis emerges a vulnerable, semi-naked human, finally in the flesh.

This human must learn to speak again.

The embryonic creature on stage must learn the fundamentals of how to be human. How to communicate from the almost-warm AI voice of the “mother”. But we still hear the uncanny valley of the voice. Androids imitate humans, but flaws betray its conviction.

The self learns how to be in the world through the use of technology. Photo Credit: Chamber Made/Pia Johnson.

My Self at That Moment opens up crucial areas for reflection, especially at a time when the digital self has become a proxy for the real.

Our image is curated and expressed as an impossible desire. The division between public and private life is increasingly blurred.

Then there is a reliance on social media for likes, friends or followers. Apps like So Young and GengMei, particularly popular in China, suggest virtual cosmetic surgery improvements for the face which can be immortalized in the real. The AI voice of LaMDA expresses the depths of the human condition with such conviction it fools its Google developer that it has become sentient.

Eventually the learning is abandoned, the human voice starts to break down. Finally the chaotic, fractured body replicated over the many mobile devices is placed upon a funeral pyre – a memorial to the human body now deconstructed, and thus destroyed. The post-human vocal drone becomes unbearable. The self walks away from the techno-dystopia they have created.

All that remains is a hunk of technology no longer functional. The soul, gone.

At this point, the work could have featured more of Aszodi’s extraordinary live voice, so the emotional intensity of a reclaiming of “self” is revealed. How wonderful it would have been to hear her voice in all its glory, singing in the flesh, as a celebration of culture and humanity.

Instead, the project presents a somewhat dystopian vision of our mediated society, where we look for ways to negotiate our unsettling over-reliance on technology.

Can we, too, emerge from the chrysalis, re-birthed, to become the unmediated human, once again?

My Self in That Moment is at The Substation, Melbourne, until July 30.

This article was originally published by The Conversation on July 28th, 2022, and has been reposted with permission. To read the original article, click here. 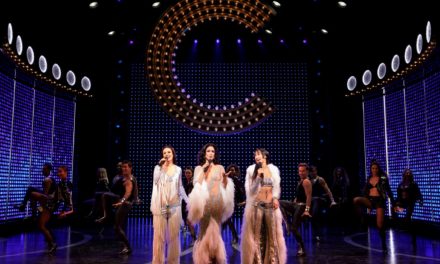