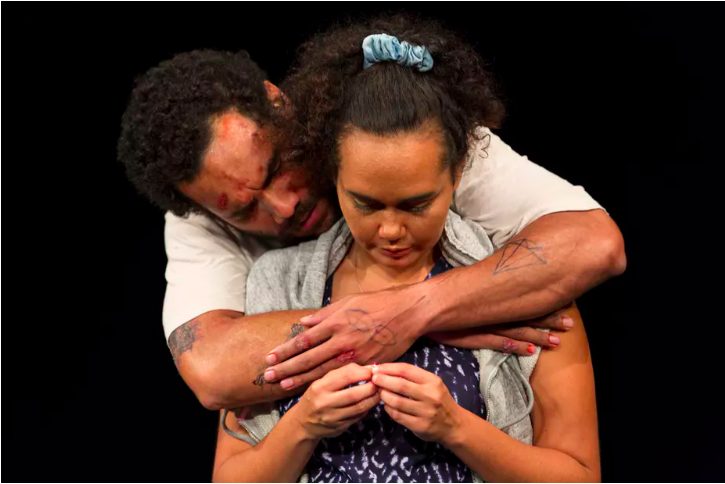 Nakkiah Lui asks why audiences are so willing to see Indigenous suffering onstage – but so unprepared to confront racism elsewhere in their lives. Brett Boardman/ Belvoir St

Last week I went to the theatre. Unusual? No. But I say this because this event was real theatre in a way that I have not experienced for a long time and that will stay with me. A friend invited me to the opening of a play, Kill The Messenger, at Sydney’s Belvoir Theatre in which the playwright, Nakkiah Lui, also plays herself. Kill The Messenger includes one act in which the playwright/actor enters into dialogue with another character about how she should portray his fate. It proved to be theatre at its best.

While she confesses onstage that her play is an unfinished work, Nakkiah Lui has the imagination and the courage to stretch the medium to its limits for an experience of theatre that is like no other.

For example, she forensically examines her motives for exposing her life in the way that she does. She also challenges the audience as to why they come to see representations of black suffering on the stage–and then fail to deal with racism where they encounter it in their lives. She delivers a message and wants the audience to not take this lightly, but to act on it.

Nakkiah Lui is a phenomenon and a sensation. Her appearance on the stage at Belvoir in her original and innovative work gladdens my heart in many ways. 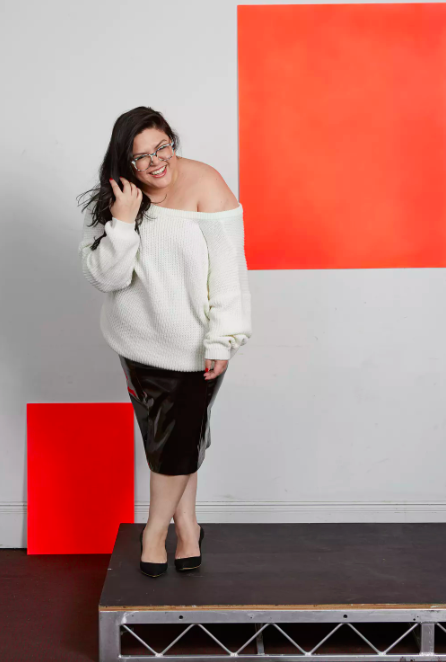 I have some personal interest I should own up to. First, I confess, I thought, “She must be Jenny’s daughter”. That’s Jenny Beale, who I knew briefly when she was first expecting this child and we were both working on the Aboriginal Health Worker education initiative in New South Wales. Nakkiah Lui is her child, and she has unsurprisingly grown into an amazing adult.

Second, Lui is an Aboriginal person with a strong, passionate and resilient voice, who, importantly, has been located in western Sydney all her life. Her intelligent and critical view of this context, in which the largest concentration of Aboriginal people in Australia is located, is welcome indeed.

This counters the overwhelmingly negative impression of the place and the people there, most notably in the 2009 book The City’s Outback, by Gillian Cowlishaw. Lui is representative of the vibrant, innovative, resilient and surviving Aboriginal lives of western Sydney. Through Lui I see western Sydney blackfellas talking back in valuable ways.

In fact, western Sydney meets the city in Kill The Messenger at the Belvoir.

Third, her play references history, trauma and the dilemmas of our being, like our religious practice, the “administrable subjects”, as theorized by Marcia Langton. We learn something of what it means to live in a country that tries to solve the enormity of past wrongs by tying us all up in red tape.

She illuminates a society that seeks to find order through adherence to inflexible regimes of procedure. This quest for order belies a casual unremitting violence, the fate of those who live in a state of exception to the Australian state.

Lui’s play does this in a way that does not browbeat the audience. Rather, it seeks to simply deliver a message. It poses problems of existence for a people who live under the doctrine of terra nullius where everyday events can become a matter of life or death. Even to the point of her original assertion: (don’t) kill the messenger.

The final point I would make is about Lui’s take on the difficulty of establishing personal and intimate relationships across this divide. The divide is not spelled out, it is perhaps hard to define – but it exists just the same. This part of the play is particularly heart-rendering: it shows the drama and trauma of ordinary lives whereby seemingly ordinary people, black and white, seek to maintain close relationships.

Their lives are overwhelmed by broader political agendas and social impacts that have been forged in history and not yet sorted. Her relationship with her boyfriend Peter (Sam O’Sullivan) can be seen as a microcosm of her relationship with the audience as well as of the relationship between black and white Australia overall.

Reviewers have uniformly praised the strong performances of all other actors, who are very well cast. Katie Beckett and Lasarus Ratuere convincingly enact the close and troubled connection of family members grappling with drug addiction in realistic, raw and searing performances. Matthew Backer as the emergency room nurse, poorly equipped to deal with the dilemmas of his work with Aboriginal people, is solid and a sympathetic character.

The performances are so believable that I was entirely engrossed in the dialogue and action. Everything in this production comes together in a way that is authentic, immediate and compelling. What a ride.

Nakkiah Lui’s play Kill The Messenger may be unfinished business. So is the project to do with the Australian state’s just and proper settlement for Australia’s first people. I look forward with great interest to the journey that will lead us to the resolution of both, especially if Lui lights the path for us along the way.

This post originally appeared on The Conversation on February 23, 2015, and has been reposted with permission.