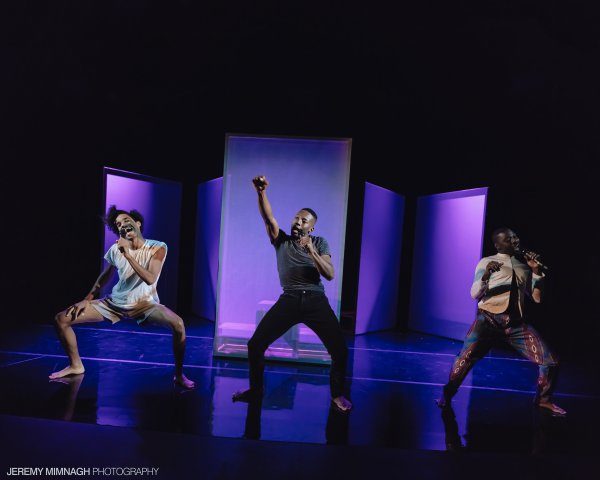 Through a series of vignettes incorporating dance, poetry, music, and autobiographical monologues, Black Boys explores what it is to be black, male, and queer. The performance offers no quick answers, easy solutions, or optimistic conclusions, yet is absolutely captivating, entertaining, and even funny. 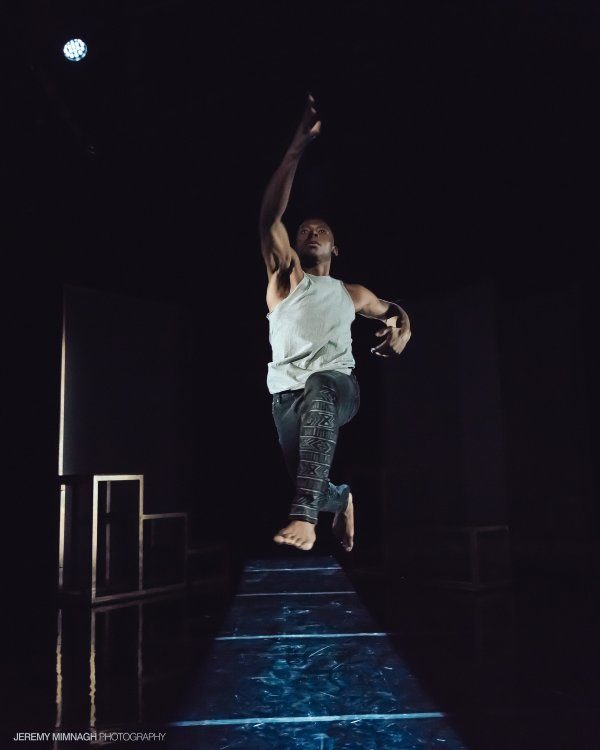 This is theatre at its very best.

Before Black Boys begins, a soft white light, courtesy of lighting designer Jared Li, washes across the exposed stage. The set designed by Rachel Forbes is simple: there are no elaborate props, curtains, or barriers between the audience and the performers. Performers Stephen Jackman-Torkoff, Tawiah Ben M’Carthy, and Thomas Olajide casually take their places behind opaque screens, their silhouettes casting shadows across the stage floor. The screens function as movable set pieces, but also as backdrops for various video clips and projections incorporated throughout the performance by sound and video designer Stephen Surlin. Costume changes (also designed by Forbes) occur openly on the side of the stage. The following performance, directed by Jonathan Seinen, feels both unrehearsed and confidently arranged. Special note goes to Virgilia Griffith, whose choreography illuminates those raw and unspeakable moments of life. 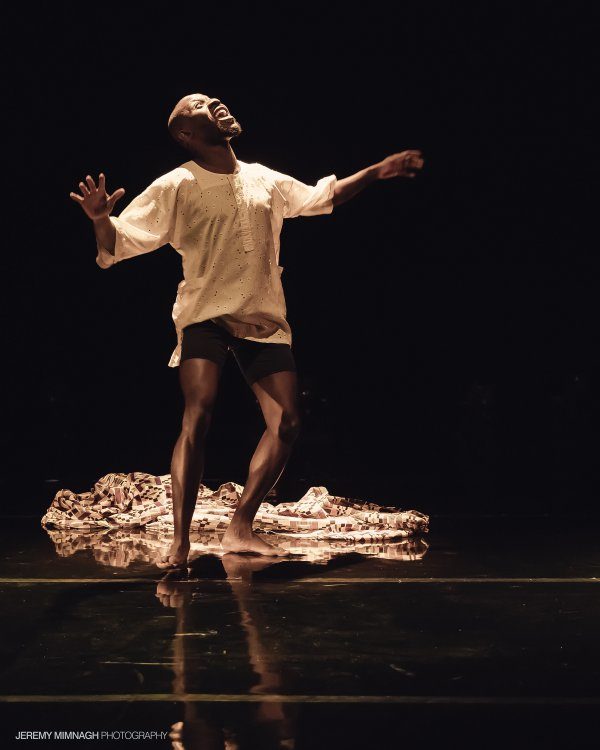 Jackman-Torkoff introduces the play by welcoming the audience to the performance but falters: “This is a show about…” Unable to finish the sentence, he repeats himself again and again as he becomes increasingly distressed. He is never able to explain what the performance is about, and the scene simply transitions. The difficulty in pinpointing the exact trajectory of the performance is a reflection of the characters mutable experiences and identities. In a handful of poignant monologues, M’Carthy explores his experience as Ghanaian, a Christian, a Canadian immigrant, and a gay man. After describing an ended relationship, M’Carthy turns to the audience with tears in his eyes asking, “Is this black on black love?” The question is repeated by all three performers throughout the duration of the play.

Some of the most powerful moments of the performance involve improvisation and audience interaction. In one scene, Jackman-Torkoff explains that he suffered from severe fear of the dark when he was a child. To cope, he gave himself the nickname Stella. Behind him, the word “FEAR” is projected across the screen. Stephen faces the screen and yells with full Marlon Brando gusto, “Stellaaa!” One by one, members of the audience join his shout, hollering at full volume “Stella! Stella! Stella!” and the room eventually explodes into cheers, screams, and applause. 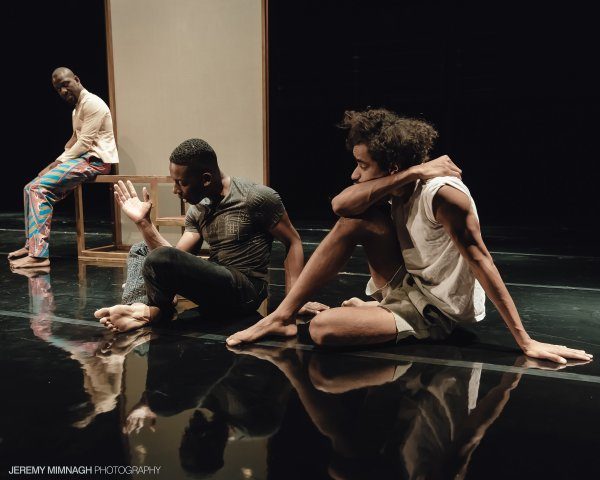 While the performance is undeniably challenging—topics of slavery, sexual assault, and institutionalized racism are explored openly through various mediums—the play ends on a cautiously positive note. The three men relax together on a picnic blanket. In an expression of solidarity and power, they turn to the audience and say in unison, “Look at what we can do.” Simultaneously, they lift their right hands, palms down, above their heads and slowly lower their arms as the house lights lower, too. The gesture—symbolic of the strength found through friendship and community—is not lost on the audience who immediately burst into cheers of support.

It’s rare to watch a performance that strikes the perfect balance between engaging, challenging, and entertaining—Black Boys is that performance.

This article originally appeared in Alt Theatre on May 24, 2018, and has been reposted with permission.