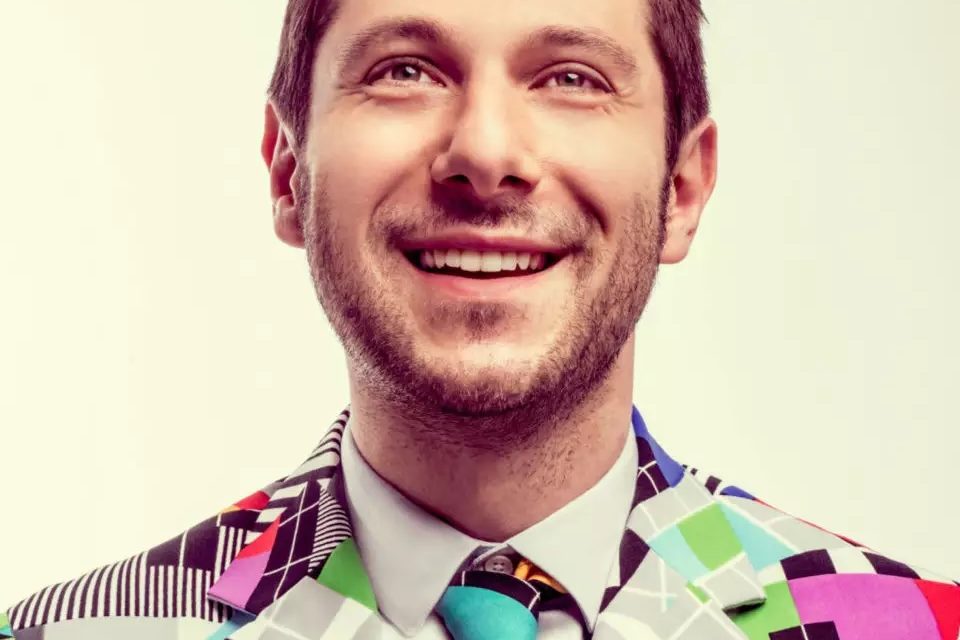 In a stuffy Portakabin tucked around the back of George Square, Jon Harvey is hiding the biggest surprise of the Fringe. Until now, Harvey has spent his comedy career behind the scenes. He got his break when he was working as a BBC News journalist and started scoring unused newsreel for Armando Iannucci to play with on Time Trumpet (an early piece of footage of David Cameron massaging his image as an England football fan was the first thing he found).

Since then his credits have included The Thick Of It and Last Week Tonight with John Oliver while his internet mash-ups–recutting the John Lewis Christmas advert to give it a horror twist, for example–have attracted 60 million hits.

Read more: The Best Comedy Shows To See At The Edinburgh Fringe 2018

Now he is stepping behind the microphone with a show that takes brings together his love of current affairs, cult movies, and archive footage into the kind of unexpectedly glorious hour you go to the Fringe hoping to see. It begins with an enthusiastic gallop through some of the worst British films ever made. Remember Tiptoes, in which Oscar-winner Gary Oldman played a dwarf with his shoes under his knees? Me neither, but Harvey does.

There’s also a wickedly detailed deconstruction of the (forgotten, not by Harvey) Michael Winner film Parting Shots, which takes apart both the director’s shot palette and the lead actor’s favoured technique; an exploration of forgotten Marvel characters; and–Harvey’s specialist subject, this–a trawl through some of the oddest shark movies ever made, wobbly special effects and all.

Despite his loud BBC Test Card jacket, Harvey does not look like a natural performer. He seems a little shy, like he prefers watching comedy, or fiddling about with it online, to performing it. And then comes the twist.

The second half of the show is entirely dedicated to a prank he pulled off a couple of years that went viral, making headlines around the world. Having spent his whole career jokingly trying to get on the news–lurking in the back of newsroom shots on the BBC and so on–he contrived to take center stage in one of this decade’s biggest news stories.

This is the extraordinary and deliriously enjoyable story of how he did it–and how far it went. He tells it far better than I could, so no more spoilers here except to say that it made me hug myself with glee. A must-see.

This article appeared in Inews on August 13, 2018, and has been reposted with permission.