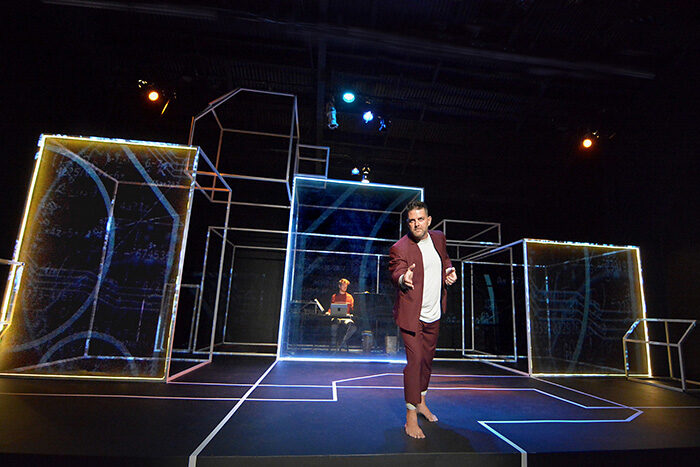 Founded in 1969 by Artistic Director Ron Sossi, The Odyssey Theatre Ensemble is Los Angeles’ oldest 99-seat theater complex and is recognized nationally and internationally as “Los Angeles’ flagship innovation-oriented theatre and presenter of international work.”  In 1973 the Odyssey moved to West Los Angeles into a converted warehouse that hosts three theater spaces where three shows often run concurrently.  A visiting production, presented by Working Barn Productions, features the West Coast premiere of New York Times critic’s pick Please Excuse My Dear Aunt Sally.  Written by Kevin Armento and directed by Peter Richards the play tells the story of an unexpected illicit love affair between a high school math teacher and her 15-year-old male student – from the perspective of the student’s cell phone.

For 70 minutes, Thomas Piper [credited as Narrator] takes on the roles of teenager Red, Red’s drunken mother, his overcompensating father, the math teacher who gets carried away by an impulse she cannot explain, the math teacher’s unemployed male lover who refers to her as his “partner” because it makes him feel grown-up in ways he has not embraced otherwise and–primarily–Red’s cell phone, his constant companion and the one constant witness to all that unfolds.  Piper’s two constant companions on stage are Adam Smith, a Foley artist who crafts the soundscape for us live, and video projections designed by Nick Santiago that fill most of the space with a sometimes-jumbled flurry of images featuring code, math symbols, and two photos that essentially start it all.

As Mr. Piper tells us in the guise of Red’s phone, Red is new to the school due to a move precipitated by his parents’ recent divorce.  Without friends and without a secure base at home to steady him, Red falls to the role of a class clown, infuriating his math teacher beyond words.  Red’s cell phone rings during the teacher’s attempt to introduce her less than enthralled class to the mnemonic device from which the play takes its name–PEDMAS–an acronym intended to help students remember the order of operations.  The teacher confiscates the cell phone and accidentally [intentionally?] takes it home with her and finds she cannot defeat the temptation to look at Red’s photos and texts.  One repeated image of a pile of rocks on a beach [like a cairn] fills her with a surprising sense of empathy.  When she returns the phone to Red, she asks him why he takes them–and so begins a connection that escalates once the teacher sends a teasing photo of herself, setting in motion a series of events that seems destined for catastrophe.

The teacher’s explanation of PEDMAS frames the play, almost acting as chapter titles or transitions that take us from one beat to the next.  These didactic beats give the audience a moment to breathe and catch up with them at times quite beautiful, at times uncomfortable rapid-fire descriptions.  The premise may seem overdone to some, unsettling to others [as perhaps indicated by one older gentleman choosing to exit through a side door during the performance] but it’s the soundscape and the language that makes the experience a compelling and memorable one.  Mr. Smith and Mr. Piper feel like natural masters of both.  One might be tempted at first to puzzle out the meaning behind the set design by Pete Hickock [we assume a circuit board of sorts acted as inspiration], but the simplicity of it and of the lighting design by Kelley Finn gives both Mr. Piper and Mr. Smith the space to pull our focus where they need it to be even as both design elements leave them as exposed as Red and his ill-fated lover [indeed as all of us who have ever loved someone we perhaps shouldn’t have fallen for] must feel by the end of their misadventure.  Overall, it’s an interesting experiment in bringing a story to life through technology and it would be delightful to see more like it. 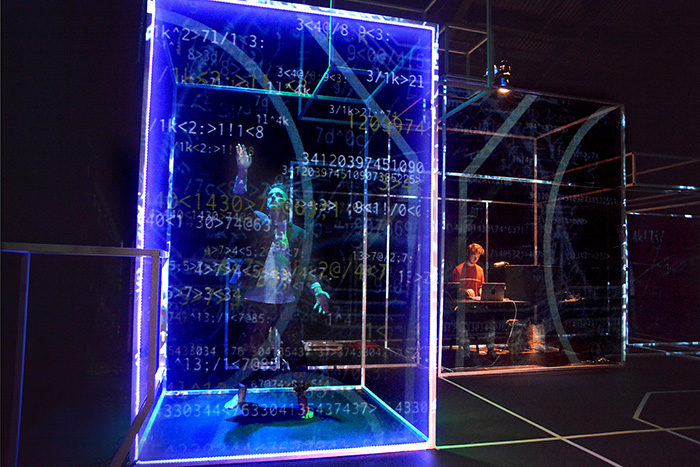 Please Excuse My Dear Aunt Sally runs Sept. 22 – Oct 8 with performances Friday-Sunday.  For more information about tickets or the Odyssey, their website is http://www.odysseytheatre.com/.  The play was produced by Racquel Lehrman, Theatre Planners. 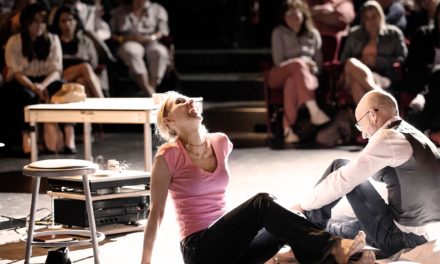