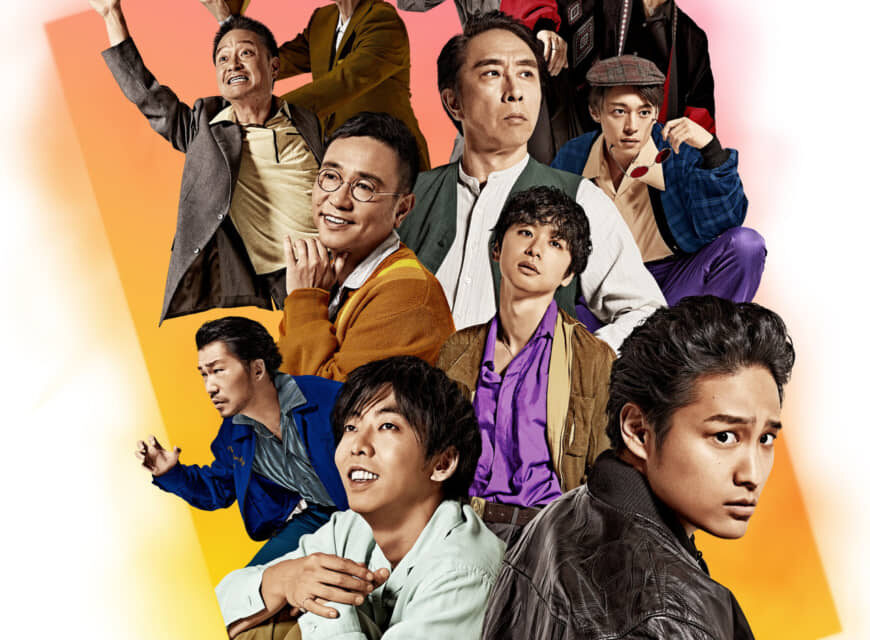 Old story, new vision: Wishing Chong has reimagined "Romeo and Juliet" with an all-male cast and a Japanese setting.

With William Shakespeare’s iconic use of English lost in translation, bold and reimagined versions of his works have long blossomed in Japan, as dramatists have mainly taken inspiration from the storylines instead.

For example, two highlights from the past 20 years would surely be The Kyogen of Errors, a 2001 take on The Comedy of Errors in traditional comic kyogen style by Mansai Nomura, and Hideki Noda’s 2019 production Q: A Night at the Kabuki, a Romeo and Juliet story set in medieval Japan, with a soundtrack taken from Queen’s classic 1975 album, A Night at the Opera.

Now, a likely new addition to those highlights, an all-male production titled Crying Romeo and Angry Juliet, is set to start an almost month-long season at Bunkamura Theatre Cocoon in Tokyo, ahead of a run in Osaka.

Created by a leading figure in Japan’s contemporary theater world, Korean-Japanese playwright and director Wishing Chong, this work draws on the Romeo and Juliet tragedy of young love, but takes place in the Kansai region of western Japan in the hardscrabble postwar days of the early 1950s.

Again portraying the harsh daily lives of socially disadvantaged Korean-Japanese people — as he did in his award-winning 2008 play Yakiniku Dragon (Korean Barbeque Dragon), that was set in the 1970s — this time Chong replaces Shakespeare’s rivalry between the two distinguished families of Juliet’s Capulets and Romeo’s Montagues with clashes between Japanese yakuza gangsters and Korean-Japanese residents struggling to rebuild a future. Yet, while diverging considerably from the original’s blueprint, especially toward the end, Chong chooses to retain Bard’s names for his characters.

“I felt that Theatre Cocoon was open to taking a chance with experimental productions, which might be due to the influence of its former artistic director, the late Yukio Ninagawa,” Chong, 62, says of making his Theatre Cocoon debut. “So I decided to challenge myself by trying to create an all-male Romeo and Juliet set in the port area of a Kansai city in a turbulent postwar time when the air is black with pollution from factories working round the clock and many are living on the borderline of life and a violent death.”

Fundamentally, Crying Romeo and Angry Juliet at first follows the plot of the original play. However, in place of the handsome and pure, but immature, son and heir of the Montagues in Verona, Italy, Chong’s Romeo (Akito Kiriyama) is a stammering Korean-Japanese late-bloomer who sells cheap homemade liquor.

Also, the Bard’s beautiful 13-year-old Juliet, the Capulet family’s only daughter, is portrayed in Chong’s drama as a trustworthy, down-to-earth and rather plain woman (Tokio Emoto) who helps out her gang-leader older brother Tybalt (Tsutomu Takahashi) and his fiancee Sofia (Norito Yashima) in a role similar to Juliet’s unnamed nurse in the original.

“I took some elements from the 1961 musical film West Side Story starring George Chakiris and Natalie Wood, a story set in New York but inspired by Romeo and Juliet,” Chong says. “That’s why my Juliet has a brother named Tybalt, like her character in the musical, Maria, whose brother, Bernardo, is a gang leader — though of course all of my 20-odd actors are male and speak in a strong Osaka dialect.”

Chong outlines how the racial tensions in West Side Story helped to inspire his production.

“The musical is a tale of inter-racial strife, in which some characters try to cross the divide between white and non-white, and others refuse to do that or are stopped from doing so,” he says. “However, I wanted to write a play about a borderless world in which the value of love is superior to any distinctions based on race, nationality, country, sexuality or social class.” Chong adds that he wonders why the global society seems to be heading in such a negative direction.

“Decades ago, I’m sure nobody expected we would still have a society in Japan in which all kinds of hate speech continues like now. I mean, some far-right people, even officials, openly say ‘Korean people must go back to Korea,’” the playwright says. “I ask why the Montagues and Capulets quarreled with each other. But in today’s society, there are ordinary salarymen or housewives in hate-speech gatherings jeering at certain groups of people. I suppose they feel suppressed in today’s clean-cut society, so they try to find people in a weaker position on whom to vent their frustrations.”

With that in mind, Chong says the Romeo and Juliet story does have parallels with the real world of today.

“I think it stems from their ignorance, and it’s worse because they don’t even make an effort to know about the people they insult,” he says. “We can see the same thing between Montagues and Capulets, and in The Merchant of Venice Shakespeare’s theme was those kinds of attitudes between some Venetians and Jews.

“Yet this universal issue of humans’ prejudice is still rampant in society, leading many Japanese dramatists to stage Shakespeare ‘s works as reflections of current affairs.”

In Crying Romeo and Angry Juliet, most of the characters are shown as feeling guilty about something and are constantly struggling financially as they try to make their futures better.

Despite that, in this work the role of Friar Laurence (Yasunori Danta), Romeo’s reliable confidant in the original story, is a Korean-Japanese man who worked for the Japanese during the war, then became an alcoholic after being ostracized in peacetime by his former comrades and fellow Korean-Japanese. In addition, Tybalt, who Romeo kills in a swordfight, is shown as having post-traumatic stress disorder as a result of his experiences during the war.

“When I read the original play, I questioned why Tybalt didn’t run away after he killed Romeo’s best friend, Mercutio (Seiya Motoki). He even returned to the place. So I decided his PTSD was driving him to his death because he lost the meaning of life when he killed Mercutio and his mind was flooded with dreadful images from the war,” Chong says about his interpretation of Tybalt’s character. “In contrast, I made the role of Romeo’s other friend, Benvolio (Atsushi Hashimoto), that of a person who lives through such hard times, to bear witness in the future. In fact I hope, like Benvolio, that I am passing on such stories to future generations.”

Although he says he knows some people may regard the Romeo and Juliet story as simply an old-fashioned love tragedy, Chong insists rivalries and violent conflicts similar to those in that story still exist around the world today — from trolling on social media to the role of the United States and its allies in the Middle East.

“I don’t want to reveal it, but I’ve changed the ending from Shakespeare’s version, in which the two families agree to stop their violent feud,” Chong says. “My play leads to a harsher outcome, because despite people knowing about the Romeo and Juliet story, West Side Story and Japan’s wartime history, many have still not learned from them and keep on repeating the same things.

“So the message of this play is, hopefully, to show audiences, and especially the younger people, what lies in store if nothing changes. To emphasize that point, the last scene is very beautiful but merciless. It stresses the wonder of love and the cruelty of war.”

Then, seemingly worried he might have made it all sound a bit too heavy, Chong outlines some of the play’s lighter features.

“It will also be great entertainment, with action, dance, and singing, jokes, laughter and swordfight scenes,” he says. “And the male actors portraying Romeo and Juliet make an unexpectedly lovely and naive couple who will really captivate audiences, I’m sure.”

Crying Romeo and Angry Juliet runs from Feb. 8 through March 4 at Bunkamura Theatre Cocoon in Shibuya Ward, Tokyo, then from March 8 through 15 at Morinomiya Piloti Hall in Osaka. For more information, visit www.bunkamura.co.jp.

This article was originally posted at thejapantimes.co.jp on February 5th, 2020, and has been reposted with permission. To read the original article, click here. 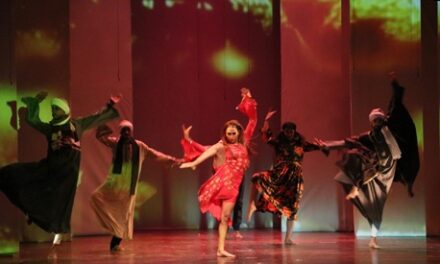 An Interview With Contemporary Dance Artist David Hernandez: ‘Doing What You Want Is a Privilege, and a Nightmare’ 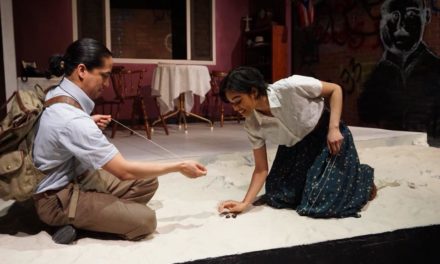 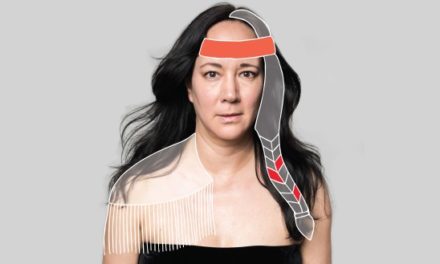