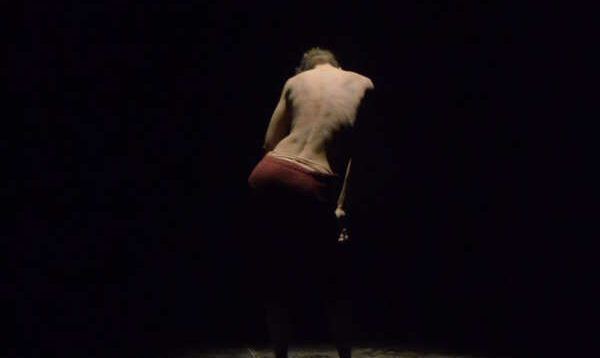 The Butoh dance – born in Japan in the late ’50s, and welcomed and metabolized by the West in the ’80s – is not annulled in the stereotype of a technique handed down and transmittable, but lives an ever new epiphany in the individual experience of each dancer whose results, formally indefinable, go from improvised performative intervention to the extreme of the choreographic mechanism.

The Butoh Festival Amsterdam 2020 (4th edition) represents an important opportunity for 12 dancers coming from Argentina, Brazil, France, Italy, Japan and the U.K. to present their works in the field of the performing arts, in a repertoire of 12 dance pieces curated into a 2-night festival.

For this year’s festival, 83 applications were received from 36 countries – 7 times more than the festival’s capacity. The quality of the proposals sent has been generally higher in comparison to previous years, making the quality of the selected proposals of this year’s festival higher than they’ve ever been. Ezio Tagini, curator of the festival, speaks of his experience: “This is the fourth festival I have the honour to organize and I am very grateful, glad and proud to have this possibility. Offering everyone the opportunity to attend the festival is important to my outreach.”

Butoh Festival Amsterdam is aimed at sharing the beauty and power of the incredible art form and creative philosophy of Butoh with everyone. The festival is modelled after other highly successful Butoh festivals across the world. The Festival hopes to participate in the growing exchange of international guest artists which has allowed a new generation of Butoh practitioners in Europe to flourish. The Festival is aimed at an audience of Amsterdam’s citizens who are inquisitive and want to be confronted with something that comes from a true inner emotion and is expressed through the body.

Thus, with the spirit of this year’s Butoh Festival in the air, let’s take a look back at the previous article from the 2018 festival:

“In order to radically change the world, firstly you must make a change within yourself. The expressive check-in with one’s own self, or as Jean-Luc Nancy would interpret, the “return to self,” is a rampant theme for those who engage with their own bodies. I understand that performative events such as dance to resonate this notion. It’s also this notion that will be focused on during the Butoh Festival in Amsterdam’s Teatro Munganga this weekend. But even the term “Butoh” turbulates some issues. When I sat down to speak with the festival coordinator Ezio Tangini, I had to listen intently to what he meant exactly. Butoh is a dance without forms, without limitations and without barriers. It’s a discovery of the inner-personal self, following personal motivations within suspended space and time to evoke an expressive movement and signify a phenomenological effect. To Tangini, a time is created around us, and in that time, netted into a fragment of the self, before given to the spectator. The profile is not usually central to Butoh, not in comparison to the body, and it’s this reaction to the body that consequents the means.

The Butoh Festival is a repertoire of six dance pieces cultivated into a two-night festival, featuring 15 dancers and artists from the Netherlands, France, Greece, the UK, Japan, and many other countries; all at various stages in their careers. The festival collects together what is billed as the “unconventional, experimental, controversial, and international.” Ezio, an Italian-born theatre artist, returns with both new and recurring performers for a cultivation of six performances that evoke the very thing I have just described above. Applications were made on a social media platform to sought artists. With the personal determinations of Tangini, the performances were chosen, not based on their merit of skill, their knowledge of craft, or curriculum vitae–but of their emotional pull for the art itself. In other words, if it moved Tangini, it will move the spectator through an ontological journey in which they may also discover themselves. All the artists presented show potential in involving their whole body, and the intent of their specific performance was profound in the careful deliberation of artists. This is not the fashion of a contemporary dance, but something even more profound, embodied in the presence of the spectator and performer.

Tangini works in what he deems as “transformations;” from the body to the mind, then a return to the body and then in resonance with the spectator, allowing the transformation to organically unfold, in the present and in the future. The 6 Butoh performances are personal, internal, and go outside the form in order to rediscover the sublime. Tangini remarks that those moments are “sacred” and his concept is to expose less of the body and uncover more of the soul.

The recurring source for this concept are “waves.” Tangini wishes to create waves of inspiration which wash over the audience to inflict a more phenomenological experience gauged from the artistry. To him, the internal doesn’t lie. But do the public connect to the mind? This is certainly debatable, given that even Christopher Balme will tell us on a superficial level that the semiotic approach to a performative event can be just as fulfilling as the phenomenological. A spectator may leave with images, similar to the effect of minimal music. What’s the common expression? “Less is more,” and in Tangini’s view, the minimal must be evoked to gesture maximum effect. With a history of Japanese teaching, independent work in Paris, and a tempered dose of Artaud’s Theatre & Its Double, Tangini places more emphasis on the body and less on the mind, and it’s through the Butoh Festival that he wishes to send those waves of inspiration once more.

Thus, it’s the ideas of spectatorship that remain crucial to the political nature of the performance at hand. The aim of the festival is to involve the audience in some capacity. That doesn’t mean to say that it will be directly participatory in any way–not necessarily. Instead, it evokes an emotional journey in synch with that of the performance. Tangini admits that he dislikes at least 80% of Butoh due to its superficial nature. He assures us that we can expect a detour from the common, democratic ways of viewing performance and allow it to resonate long after the final sound of applause is made.

Therefore, why should it be international artists that make up the ensemble of the festival? Superficially, because the call-out for artists became a global one–or is there something much more profound in the bath water? That’s to say, the phenomenological effect within the performance is much more global. A wave of postdramatic work has assured this, but could it be contested that dance manifests this in a very truthful way? How much of a role does the language barrier have to play in this debate?

This might even allow us to arrive at the question of why present such an international platform in the west of Amsterdam? On a more personal level, Tangini has made the divergence from Rome where, in his view, the possibilities for dancers to engage in evocation become infinitely less possible. Amsterdam is a multi-national city (and from my positive perspective, a multi-lingual city). The university body is ripe and charged, and having already presented numerous workshops between 2016/17, Tangini is confident that this is a city with enough fire to burn.

Here, in Amsterdam’s Teatro Mungana, Tangini wishes to present a festival counterbalanced between conflicted and converging notions of space and time. The festival should provoke our shared presence within a space with performers, as well as our proximity to the boundaries of the performance lines. These waves of phenomenological experience are present in order to evoke a certain type of change. It is only through the commitment to the experience can one even hope to begin to fully comprehend the passion of what Tangini speaks of. In order to undergo a change in the world, we must make a change in ourselves before we can temper the waves onward.”

The annual ‘Butoh International Festival’ will be presented at the Mungana Theatre in Amsterdam on Friday 10th and Saturday 11th October 2020 at 7.30pm and 9.30pm

Please also note that social-distancing measures do apply and that compliance must be met with the current COVID-19 regulations. 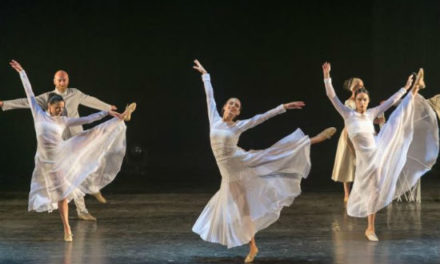 A Step Forward: A Look Into The 2017 Cairo Intl. Festival For Contemporary And Experimental Theatre