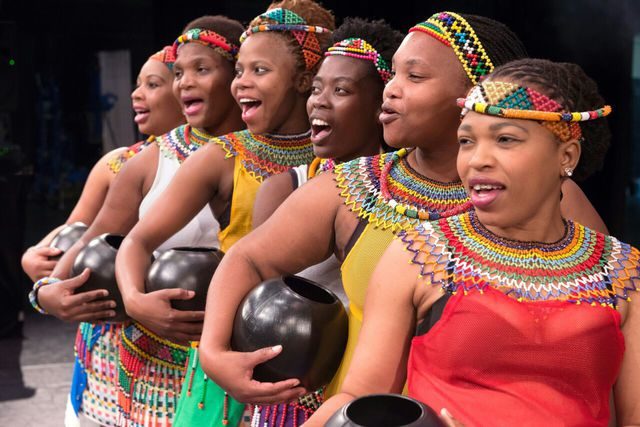 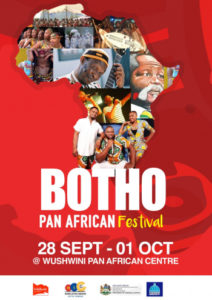 The festival provides the opportunity to re-launch the much-loved and busy Arts Centre to include its pan-African context during a ceremony on Thursday 28 September 2017. Both the Centre and the festival will be launched by the former African Union Chairperson, Dr. Nkosazana Dlamini Zuma. The evening ceremony includes a host of drummers from many nations literally drumming in the new chapter for the Arts Centre.

“We warmly welcome all our guests to this, our fourth annual festival in which we salute South Africa’s 23 Years of Democracy and the Year of OR Tambo Celebration. Without Our Heritage, Our Culture, Our Roots, Our History, we are a lost nation. Botho is a Sotho word meaning ubuntu. Non-practice of ubuntu, which is what defines us as Africans, leaves us as soulless humans, hence we stage Botho by beating the drums to revive ubuntu bethu as Africans (Our Humanity),” explains founder Jerry Pooe.

Offering food for thought and to share some inspiration there will be a workshop: The Magic of Lights and Sound in a Production by Peter Mokgosi as well as three panel discussions: Keeping our industry alive through Festivals; Women Powerhouse: Challenges and Opportunities for Women in the Arts; and What Contribution Can Arts Culture And Heritage Give In The Journey Of Africa 2063 Vision.

Carrying the dance flag will be Nelly Rashualang from Siwela Sonke in Durban and Reggie Denster from East London.

Film screenings will be on offer from AFDA: Amandiya by Liana Hassim; Mandlakhe by Charles Matthews; Dear Swanky Frank by Michael Struwig, and Homeless by Nathan Rice.

The spoken word will be celebrated in a Poetry Power Hour and music in the form of concerts featuring Zuloe Blue, AFDA singers, and Hlengiwe Pearl.

The concert culminates on with a full day’s music and picnic at Kwangcolosi, Inanda Dam on Sunday 1 October from 11am until 7pm offering a feast of African sounds from the continent fused with food and African crafts.

African cuisine will be available, prepared by Zambian Chef Pasco Mulenga, who will be showcasing different meals from various African countries and Chef Nonjabulo Khoza, will be specializing in South African cuisine, from bunny chow, breyani, braai-vleis, amadumbe, ubhatata, umgxabiso, and dumplings.

Crafters will be from different cultures showcasing the unique diverse artifacts as well as visual artists will be displaying and selling their works.

Botho Pan African Arts Festival tickets are R20 per show. The music concert tickets will be R50.  Tickets will be available at Computicket and at the gate. Tickets can be booked in advance through Mr. Phila Majola at 072 520 5093 or e-mail him at phila@wushwini.co.za.

“We, the organisers are sincerely grateful to Ethekwini Municipality, Lotteries Commission of South Africa; KZN Department of Arts and Culture; and various educational institutions, for supporting the festival, not forgetting all the participants who believe in the vision of this festival, and all Wushwini and Eager Artists staff for the hard work in ensuring the success of this festival. We invite you to participate and to enjoy the rare experience in our Kingdom,” concludes Pooe.

Interviews and photos available on request.

Features / Q&As can be easily facilitated.

This post originally appeared on Artslink on September 15 2017 and has been reposted with permission.

This post was written by the author in their personal capacity. The opinions expressed in this article are the author's own and do not reflect the view of The Theatre Times, their staff or collaborators. 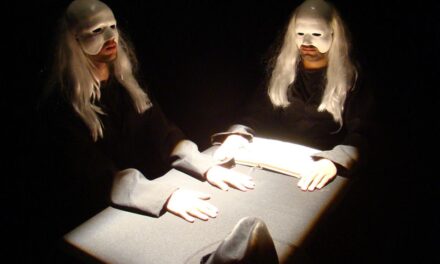