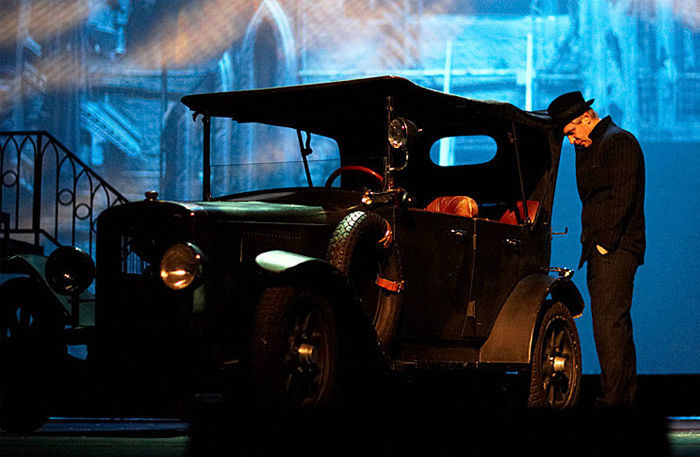 This new tour of the Sovremennik Theatre in London also meant the premiere of  Erich Maria Remarque’s Drei Kameraden on London stage with brilliant performances by Alexander Khovansky and Chulpan Khamatova.

Some things never get old: love, death, friendship, and an inspiring story. The Moscow theatre Sovremennik included the novel ‘Three Comrades’  into the repertoire of their London tour, and the performance is as breathtaking and moving as it was back in 1999, when it premiered in Moscow. It has been drawing sell-out crowds ever since and has still remained one of the most acclaimed performances staged by Galina Volchek. A great example of Russian Psychological Theatre, Three Comrades is about love that gives hope and changes people, but it also talks about the era of despair and shattered dreams.  Set in Germany in the wake of the Wiemar Republic collapsing and the Nazis preparing to take over. It begins as a love story of a disillusioned First World War and then gradually evolves as a philosophical meditation on men and the state, people’s insignificance in the face of history. The dramatic multi-level set by Pavel Ovchinnikov, based on the Expressionist art of the era only enhances this feeling.

Directed by the theatre‘s co-founder and current Artistic Director Galina Volchek, this play is an adaptation of the novel of the same name by Erich Maria Remarque, published in 1938. Set in the late 1920s Germany, it is a story of three young people, trying to rebuild their lives after surviving the First World War. Struggling to make their living as car mechanics, they find refuge in friendship and drinking. Unexpectedly, a promise of a brighter future comes as a beautiful and charming Patricia Holman (Chulpan Khamatova), who is also trying to escape her mysterious past and start a new life. 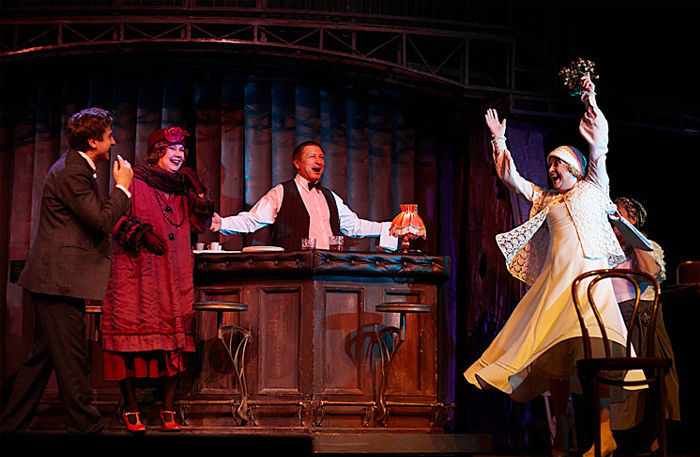 Khamatova deserves a special praise for her role as Pat. It seems as if she does not act, but lives on stage. Her charm, light irony, and elegance make her character real and sincere. She is the perfect embodiment of the type of woman men were looking for to forget the horrors of the war. She delivers to the audience the most fleeting, secret movements of Pat’s vulnerable and sensitive soul: everything from the birth of love to all-consuming passion, panic fear of the symptoms of a returning illness and painful efforts to conceal them from the loved ones.

“You are not worthy of this woman,” says the housekeeper Frau Zalewski to Robert Lohkamp after meeting him with Pat, and it is true not only for his character but also for his performance on stage. As much as Khamatova’s acting transmits Remarque’s vision vividly, main male characters look bleak and a little bit awkward next to her. Trying to convey the image of men of the ‘lost generation’, neither Sergey Girin (Gottfried Lenz) nor Sergei Yushkevich (Otto Köster) nor Alexander Khovansky (Robert Lohkamp), who is almost always on the stage, show enough temperament and charisma.

Recreating the whole city on stage, the production is done on a great scale and densely populated with talkative prostitutes, silent beggars, legless invalids, nuns, street vendors, and policemen. The impressive, constantly changing set does not distract the viewer, but brings dynamism to this three-hour show. Inventive lighting schemes, carefully selected music and sounds of the city’s screeching brakes, the rumble of the crowd, marches, and barking dogs – all adds the volume to the narrative, opening up the performance to the audience.

There are several memorable scenes in this performance, including the moving Otto’s farewell to ‘Karl’, another comrade, the creation of their hands, the great car of unheard of speeds. From this moment everything is falling apart: the political situation in the city heats up, Lenz is killed, Pat went to the sanatorium to spend her last days… But the final scene brings back the hopeful image of three comrades and Pat all together again, reunited with their loyal ‘Karl’. And the best of the best ‘Karl’ again drives them, smiling, happy, towards the unfulfilled hope and joy that was so very near, but slipped away. 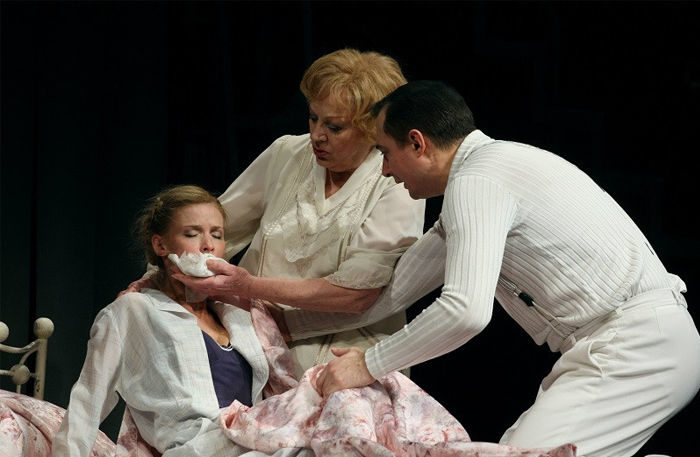 This article was first published on Russianartandculture.com. Reposted with permission. Read the original article here.