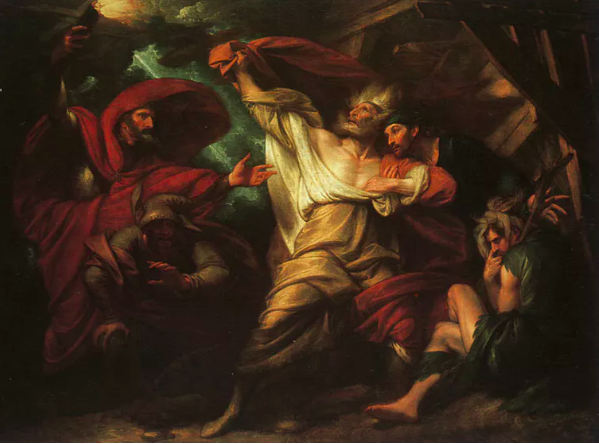 As the year’s major family holiday season arrives, now is a good time to consider how much about dealing with our relatives at Christmas we can learn from King Lear. Geoffrey Rush is currently playing the King for the Sydney Theatre Company, in a fluid, soulful performance that draws the watcher towards him. But is it too easy to give the figure who dominates the family all the sympathetic attention?

King Lear’s treatment of his three daughters is quintessentially toxic. He demands his children, Goneril, Regan, and Cordelia, to make a public show of their love for him. He then goes on, in later scenes, to continue to insist that this love should manifest as an unconditional indulgence of his wants.

The eldest two, Goneril and Regan, pacify him with flattery (then later plot to kill him). Cordelia attempts to put sensible limits on what he can expect from her, emphasizing that her love for him is appropriate to a father-daughter bond, but that she will need to grow to form other loving attachments.

Because she tells her father (whom she sincerely loves) what he needs to hear, rather than what he wants to hear, Cordelia is cut off, and Lear begins his famous descent into madness. 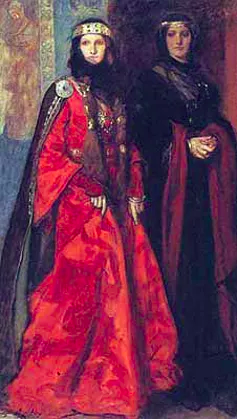 Traditionally, there has been a clear line drawn in responses to Lear’s behavior as a parent, that he is at fault when he cuts off his youngest child, Cordelia, but justified when expressing his outrage at his other daughters.

The assignation of blame in family conflicts is rarely so straightforward, and neither is Shakespeare. Lear quarrels with all his children, as the family power dynamics shift around him, and a closer look at this back-and-forth reveals how much of it will be echoed on a less regal scale around the family table closer to home.

Everyone is quick to recognize instability in Lear’s rash casting out of Cordelia because she fails to give the answer he wants when he demands that she say how much she loves him. As parents age, and become more vulnerable to the various manifestations of dementia, their behavior can become erratic and self-centered, and the child grows to adulthood must assume the role of the tempering influence.

This is compounded in the case when a parent already shows narcissistic tendencies. A king praised for his wisdom since before he could possibly have acquired any could hardly avoid becoming a narcissist.

They flattered me like a dog; and told me I had white hairs in my beard ere the black ones were there.

But he fails to use this insight to reflect on how that would have affected those closest to him, as they tried to establish their own identities. Each of his three daughters reaches a point where she attempts to draw a line between herself and his controlling behavior, and each time his reaction is to shatter all possibility of communication.

Lear displays the lack of expectation of consequences that we observe in a spoiled child, but are likely to see equally in parents who have never adjusted to their children having grown up, and therefore being no longer obligated to display subservience. 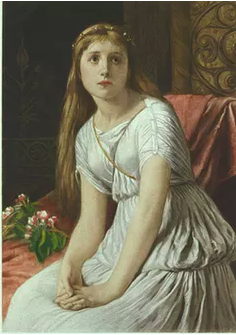 Parents are not supposed to have their behavior corrected by children, yet are expected to chastise their offspring. This asymmetrical dynamic does not function as smoothly when carried on into adulthood.

At what point is the child permitted to reprimand the parent? Is it when the father comes stomping into his daughter’s home yelling “Dinner, ho, dinner!” as Lear does, or when he goes on to hit a man in her employ?

What is the adult son or daughter to do when faced with a parent with no respect for boundaries in their interactions?

A family counselor would attempt to keep family members focused on discussing behaviors and responses, in preference to name-calling and abuse. Lear is one of those parents who is unable to separate their anger at what is happening from finding a fault inherent in the child.

His perception of his own actions is filtered – the father remembers only that he said to Goneril:

Of all these bounds, even from this line to this,
With shadowy forests and with champains rich’d,
With plenteous rivers and wide-skirted meads,
We make thee lady.

But she will remember also that when he said, “I loved her most”, he was speaking of Cordelia. And there is no way Goneril will forget being called a “degenerate bastard”, a “marble-hearted fiend”, a “detested kite” or an “unnatural hag”.

Any psychologist will tell you how harmful abusive language is; physical violence is far from being the only thing that hurts. The inherent power a parent has over their child’s sense of self is likely to trigger devastating emotions for a child, even as an adult, hearing:

Thou art a boil,
A plague-sore, an embossed carbuncle,
In my corrupted blood. But I’ll not chide thee.

This gets a laugh in the current production, suggesting that a modern audience is able to recognize the irony in Lear’s inability to hear himself. Observe the way, never having had to confront a loss of power before or doubt about his dominance, Lear goes straight to abusiveness as a way to restore his sense of security about who he is.

Goneril, by contrast, maintains a remarkable determination to address the problem behavior rather than any personal resentment:

You strike my people; and your disorder’d rabble
Make servants of their betters

Goneril would win the approval of the family therapist here, addressing why the behavior is disruptive, rather than condemning the person. It may surprise to realize that she never says anything abusive to her father at all, and she never gets credit for the extraordinary patience it must take not to call names in return.

After a 15-line rant in which he calls upon the gods to shrivel up his daughter’s womb, among other things, Lear goes to Regan and complains that Goneril:

Struck me with her tongue,
Most serpent-like,
upon the very heart

Later, when Lear says to Cordelia,

Your sisters
Have, as I do remember, done me wrong:
You have some cause, they have not

He proves that even after all his trials he has still failed to learn that verbal abuse is a bitter wrong. Goneril, of course, goes on to do terrible things because the play requires her to function as a villain, much as many aging parents require a child to play that role in order to believe that they themselves are not failing.

When families gather for landmark occasions, like Christmas, retirement parties, or divisions of a kingdom, everyone must adjust to roles changing, even while histories influence present feelings.

So when you see tears come into Geoffrey Rush’s eyes, by all means, feel for the poor old man struggling to accept the loss of his potency, but also consider the child subject to language so abusive that years in therapy would have been essential, had it only been available for the daughters of kings.

This post originally appeared on The Conversation on December 21, 2015, and has been reposted with permission. 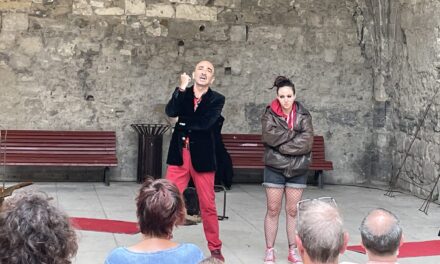