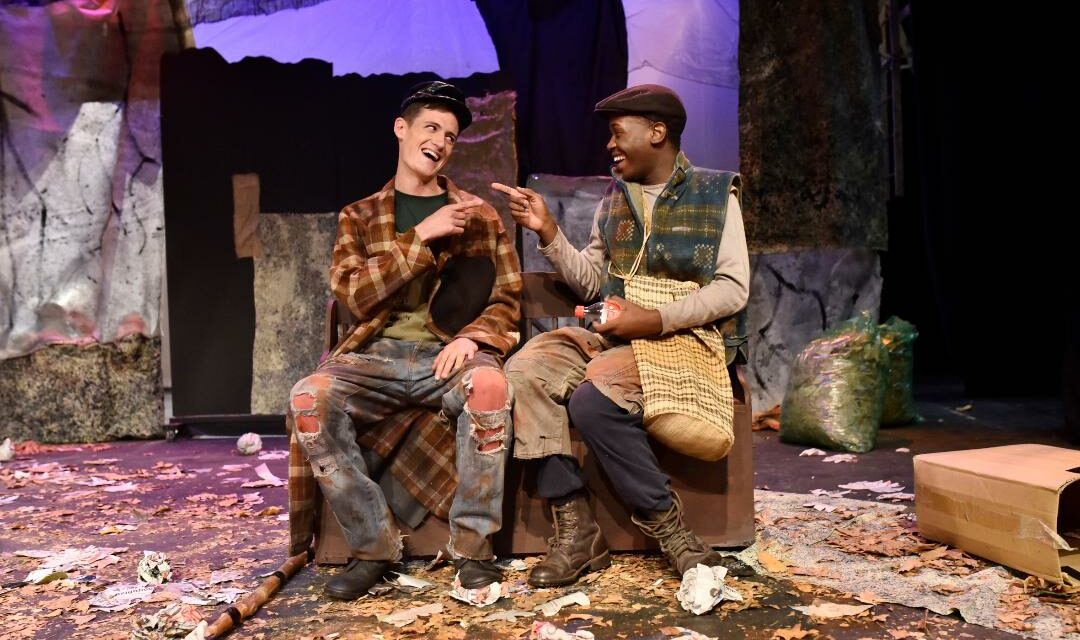 In the last nine years, at various forums initiated either by government agents such as National Arts Council of Zimbabwe (NACZ) or other arts organizations, there has been a systematic call to create a standalone ministry of art and culture. President Robert Mugabe heeded to the call by creating a new Ministry of Art, Culture, and Sport headed by Andrew Langa with Dr. Chitepo. When President Emmerson Mnangagwa took over power, he maintained this Ministry under Kazembe and Kazembe and later Kirsty Coventry. This is a step in the right direction since there is now ground to review the various pieces of legislation scattered across line ministries and government departments. The task ahead is huge.

I now want to zero in on the structure of the arts and culture sector which I argue is anemic and needs revamping. I want to focus on six structural elements of the field of artistic production, namely the field of power, the field of training, institutional framework, administrative framework, venues and infrastructure and finally distribution and reception. This is what constitutes any art industry. My preoccupation is this article is to diagnose problems within these structures and suggest ways of improving efficiency.

The field of power is made up of the executive and cabinet. In Zimbabwe, the executive has established a new ministry responsible for art and culture. As we know from past experience, the efficiency of the ministry is dependent on the person who runs it. We want to see what Andrew Langa will do in what seems an enormous exercise. The field of power accounts for the network of political, economic and public spheres which will all affect artistic production. It subsumes state legal and fiscal authority or power and extra-territorial policies which the state adopts by way of being a signatory to international conventions and protocols. To my knowledge, the new ministry will only be able to administer two Acts; the National Arts Council Act (1985/92) and the National Galleries Act (1974). Over and above that, the ministry will handle the National Cultural Policy of Zimbabwe (1994/2008), which at this stage is not legally enforceable.

While these are wonderful policies, they have been there to decorate the shelves of various ministers of education who have come and gone. Neither the past ministers of education nor the NACZ Board members thought it prudent to translate these policies into law which then could be used for the advancement of artistic production. Indeed, Professor Caiaphas Nziramasanga in his Commission Report noticed a similar problem and concluded that “evidence indicates that the enabling legislation and statutory instruments on the funding of culture, the social and economic status of artists and international conventions on cultural activities are not in place” (1999, p. 363). A country may have the best policies, but they remain virtually useless if they are not legally enforceable. The Ministry of Art, Sport and Culture will remain ceremonial if it has no legal power to enforce protocols, MOUs, policies, and charters on culture which it has signed and ratified.

The field of training has just begun to take shape. This field includes professional training at universities, colleges, and vocational training centers. Before 1992, there was no training at the university level in theatre in the whole country. Since 1992, the University of Zimbabwe has been training theatre artists thereby providing resource persons at other emerging universities offering the same discipline such as Midlands State University’s Department of Theatre and Film Studies and Great Zimbabwe University’s Department of Performing Arts. Chinhoyi University of Technology offers courses in applied art and design. While this is encouraging, these departments need to be capacitated so that they can produce practitioners of world-class standard. A snap survey of these institutions reveals that they lack capacity in terms of costume, stage properties, film laboratories, pre and post-production facilities, and in some cases intellectual capital.

The number of colleges offering arts and culture disciplines is very few compared to the manpower that is needed to rejuvenate the arts. The government terminated Theatre Arts as a teaching subject at Hillside Teachers’ College in the late 1980s for reasons that are still not very clear. There isn’t a single teacher training college offering this course even though the University of Zimbabwe has been producing Theatre Arts graduates from 1994. Arts and culture education is not offered at primary and high school levels except as extra-curriculum subjects. The Nziramasanga Commission recommended that there was a need for the design of a new curriculum for comprehensive visual and performing arts education. He noted that there should be an introductory thrust at the basic and post-basic school level in order to prepare for specific full-time careers in the performing arts (1999, p. 369). At the post-high school level, Nziramasanga recommended that “there should be at least one Arts Academy in each region and also other tertiary institutions which liaise with the Arts Academy” (1999, p. 373). None of this has taken place to date. Mozambique has taken this recommendation seriously and has opened arts and culture university which has already started to offer degrees in visual and performing arts.

The third structural element of arts and culture is the institutional framework. This represents cultural institutions and establishments of a regional and/ or national nature. It also subsumes artist employment agencies, private businesses funding the arts. In Zimbabwe, such organizations include Zimbabwe Theatre Association (ZiTA), the successor to NTO and ZACT, Arterial Network-Zim, Artists Trust of Southern Africa (ATSA), National Arts Council of Zimbabwe (NACZ). These institutions enter into funding agreements with private arts companies or with international funders such as SADC, UNESCO, and AU. For example, SADC signed an MOU with ATSA (2011) to pursue its cultural goals as enshrined in the SADC Protocol on Culture, Information, and Sport.

Ideally, all other arts organizations were supposed to apply for funding from the NACZ. However, the NACZ itself needs funding. Government offers it very little to pay its employees and run a few window dressing festivals and events such the National Culture Week, Jikinya Dance Festival, and NAMA Awards. The vacuum that is left for funding has traditionally been filled by NGOs and these, of course, pursue their own agenda instead of the national interest. The area of funding is a crisis area because there is no legal framework for funding. Ideally, there should be national legislation on the funding of the arts where companies get tax rebates for making donations to the arts. If that legal framework is established, the government will be able to support the arts through monies realized through state lotteries, casino, and lotto. In some other countries, it is a constitutional mandate to set aside 1% of the national budget for the arts. If we had a 9 billion budget, 900 million dollars would be set aside for arts and culture. All these monies would be disbursed through a national body such as the NACZ as grants to support artistic production as well as funding the training of artists. This is a point made by Nziramasanga “government should allocate an annual budget for the arts and a scholarship for arts education courses tenable at any university in the country or the region for both first degree and post-graduate levels” (1999, p. 373). The funding role is currently being played by the Culture Fund of Zimbabwe, a largely donor-funded organization.

Related to the institutional framework is the administrative framework. This fourth category subsumes decision makers who work with or without policy to influence creativity. This includes government officers responsible for art and culture such as cultural officers, town and city council functionaries responsible for art and recreation, theatre companies, publishers and recording companies. We know that when the government adopted ESAP in the early 1990s, it was called upon to reduce the civil service and cut on social spending. The first victim was the department of arts and culture which lost most of its cultural officers to retrenchment. District Art Councils were also put under the ax. Today only the NAC and its provincial structures operate. None of the town and city councils has a budget for the arts even if the 2008 national cultural policy insists that local authorities should provide cultural promotion grants to individual artists, institutions, and associations by providing facilities for the creation and consumption of culture and scholarships for arts training. This is an important structural element that needs short to long term redress interventions.

The fifth structural component is venues and infrastructure. This includes the leisure industry, night clubs, sports clubs, hotels with stages and huge auditoriums and venue owners. It is encouraging to note that a regional audit was carried out by ATSA in 2001 on theatre and music venues available in SADC countries. All cultural circuits in the SADC region except the DRC, Mauritius, and Seychelles are now known, including the sitting capacity and technical equipment available. As a result of that initiative, it is possible to move cultural products in a six-country network – Zambia, Malawi, Zimbabwe, Mozambique, Botswana, and South Africa. What is sad to note, however, is that neither the local authorities nor the government of Zimbabwe have built a theatre for the consumption of art products. In other countries, there is a national theatre funded by the state, while municipalities have structures such as the Johannesburg Theatre or Artscape in Cape Town for showcasing cultural performances. This is a crisis area for Zimbabwe and needs immediate intervention. The ten or so community halls in Harare are ill-equipped for any theatre or music concert. There needs to be serious infrastructure development by both council and government players.

Finally, the inner circle in the culture structure is occupied by distribution and reception structures. This is the creative industry itself comprising manufacturers of games and software, advertising, publishers, film and video industries, broadcasting, music, visual and performing arts, arts journalists, news agencies, retail trade of cultural goods, architecture and design. While there is a lot of production in these areas, sadly, the market is very small for cultural products. The Zimbabwean middle class likes to spend on western symbols of status such as Mercedes Benz, BMWs, Jeeps, etc, but hardly on Zimbabwean cultural products. Zimbabwean cultural products do very well with the western middle class. There is, therefore, a serious need for audience development, something that the South African Mzansi Golden Economy has planned to achieve in the next ten years. The Nziramasanga report raised similar issues about audience development by asserting that “the Commission endorses the desire to develop the appreciation of arts performances in order to promote the domestic market” (1999, p. 369)

The regularization of this structure will not be achieved through uncoordinated interventions. Even if the state were to provide funding for the arts while other aspects of the cultural structure remain unchanged, the arts sector will not improve. There is a need for research that identifies priority areas in the production chain. 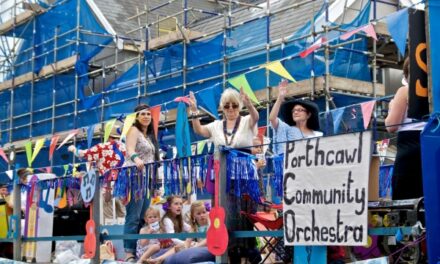 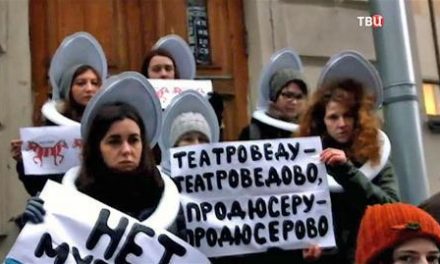