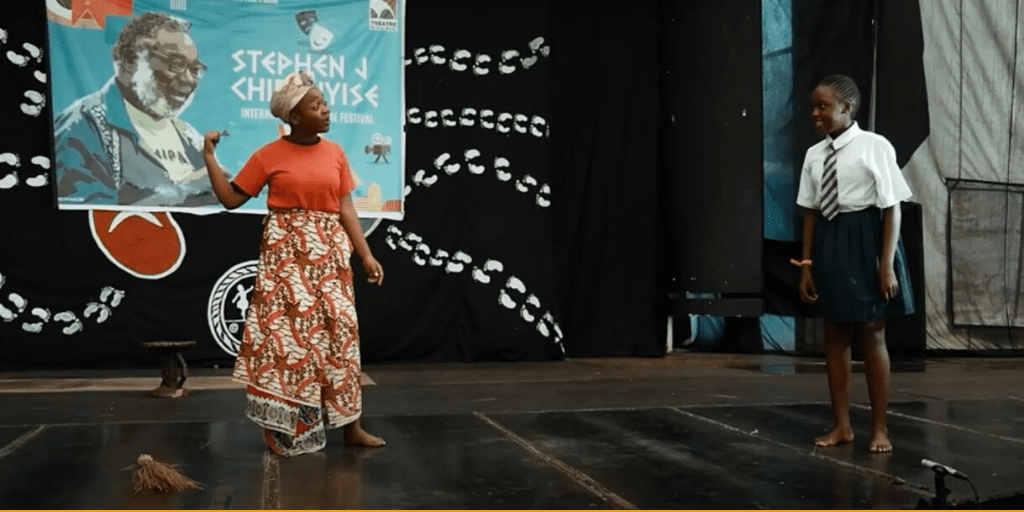 The inaugural Stephen J Chifunyise International Theatre Festival was slated to run in Zimbabwe from March 26-28th with participants from Zimbabwe, Tanzania, South Africa, and other countries. But the universe had other plans; enter the coronavirus pandemic which has caused havoc worldwide, seen productions canceled, theatres closed and made it difficult for the organizers to host the festival in its traditional format.

Traveling groups from outside Zimbabwe had no flights to come as they were canceled and even local groups could not travel to the venue as they had to observe safety guidelines. But for the organizers of the Stephen J Chifunyise International Theatre Festival, the show had to go on!

To salvage the situation, the organizers decided to have a virtual festival. And now that the festival closed, we caught up with the director, David Ghuza as he enjoys the lockdown at his rural home in Chiweshe and he shared with us some of his experiences hosting this debut online festival.

Q:  First time hosting such a festival. A recordset. How was the feeling?

A: Indeed it was the inaugural edition which was long overdue in the sense of how we didn’t honor him with such a festival in his name when he was alive will always remain regrettable. However, I suppose the spirit world strengthens’ names of those who made salient impacts even in posterity. We believe we set a record nationally and continental by being the first theatre festival to be on digital platforms necessitated by Covid-19 to be re-aligned immediately.

The general feeling is that it was a success based on the numbers who came to view on Facebook and YouTube. Naturally, one expected more. But it was a very good and acceptable starting point.

More heartwarming is that the content is now permanently online to be shared as open-source for the enjoyment of varied age groups which is what the intention was. And thus, we have moved one step more toward the immortalization of this great man.

Q: What were the challenges you faced. We noticed that the dates advertised and when the shows started to show were totally different?

A: The key challenge we faced was in the asymmetrical nature of the content which was coming from different years, sources, and times. Faced with that reality, we had to delay the festival by one week.

However, what we lost through the delay, became a huge plus for us as we ended up doing a five-day festival instead of a three day one as originally planned. It was an exciting learning curve that saw the application of intergenerational minds to make it happen.

That mix epitomized Chifunyise himself for he worked with and wrote for all ages. Also, we ended up streaming for two hours each day. One program for children and another for adults. The children’s show had to fit in with the regular times they are back from school so that there was minimum disruption to their daily routine. Aspects of concentration and data costs did come under consideration as well.

Q: International buy-in, did you get productions flowing in as anticipated?

A: In principle we did get (productions) from Zambia and Tanzania as well as Malawi. However, key issues became the crossover times for the live feed for both the plays and the paper presentations. We were overtaken by events as the neighboring countries went into lockdown slightly earlier than anticipated.

Moreover, the spaces which our colleagues had secured in their countries couldn’t open their facilities anymore as the numbers of cast and crew went beyond a particular accepted threshold. We have made a commitment to have the work ready for next year’s festival.

Q: Monetization, you were asking for donations days before the festival. Was there no funding for the festival already set aside, did you not have a budget for the festival? Did you manage to raise money at all? If yes how and can you use the same model in the future?

A: Yes we did ask for donations days before as it became apparent to us that there was a major shift in priorities from our sponsors as all resources they had promised us were being re-channeled or re-purposed toward fighting Covid19.

The level of uncertainty as to the way forward which the world still finds itself stuck in did impact hugely on pre-planned festivals such as ours. Needless to say, the design frame from a physically attended festival to an online one meant new territory, and as such caution became the watchword for those who had already committed in principle. The call we did for donations is what saved the festival as friends, colleagues and one or two institutions and those writing their thesis came to the rescue.

We believe we have laid a solid foundation as to how we can accelerate this digital approach as we aim for more streamlined content anchored on a more robust and well-crafted advertising frame. More importantly, we have already started work on ensuring viewers can and will pay for all content they watch as we have just finished developing our own app which offers various payment methods including mobile money.

Q: What were the lessons learned?

A: Learning by doing must be the way to go. Taking risks is going to be critical if we have any hope of making something meaningful in this age of digital migration. Theorizing, which has dominated our minds must be deliberately replaced with practical action anchored on practical planning.

The live aspect of theatre is what separates the craft from its sister genre, film. So if practitioners now have to rely on virtual performances and pre-recorded material, what does that mean to theatergoers and producers? One also has to consider internet connection and data costs which is still a huge obstacle for many people on the continent.

With uncertainty surrounding the virus and when the normal routines will resume, we have to ask ourselves what the future of theatre looks like; theatre artists and producers are going to have to find creative ways to preserve the genre. For now, just like the organizers of the Stephen J Chifunyise International Theatre Festival, taking risks and learning by doing maybe the best idea on the table.

This article was originally published on May 10, 2020 for The African Theatre Magazine and has been reposted with permission. 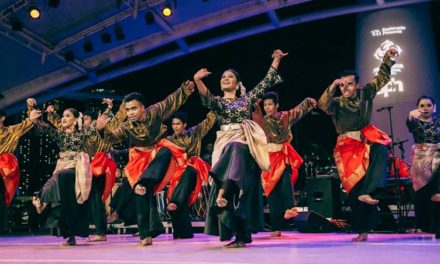 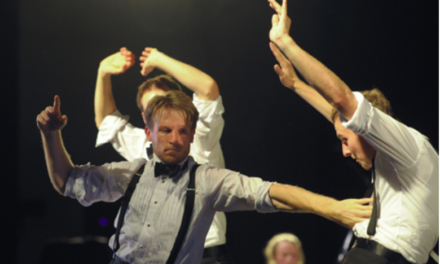 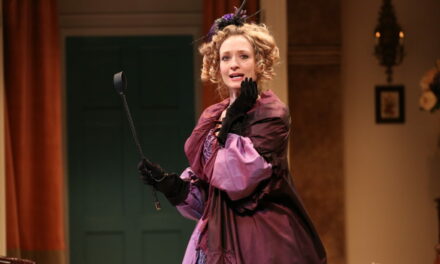 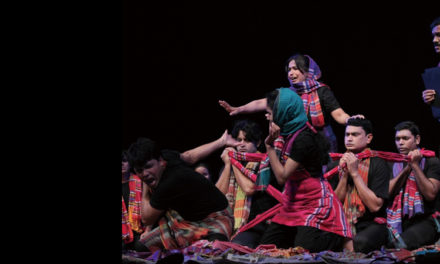