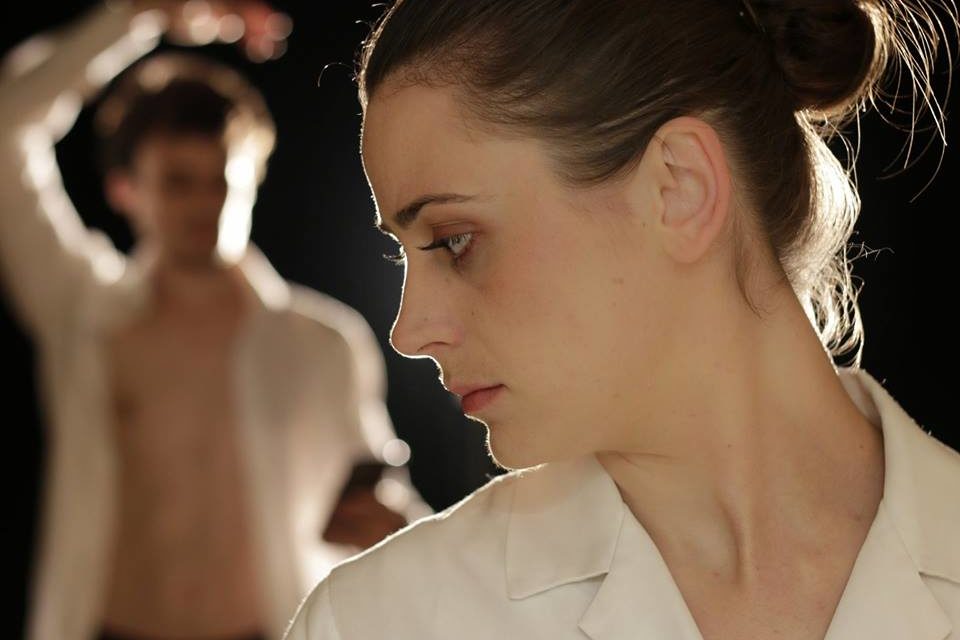 One of the more difficult plays at Fringe to understand, 25 is the type of work where you can see it with your friends, go out for drinks afterwards, and all reach a different conclusion to this puzzling play from Parisian theatre duo 1919. Superficially it’s about 25-year-olds, as all the characters—and you can debate how many there are—are all right in the mid-twenties. But 25 digs deeper, until it’s ultimate grappling with issues of how and why we create importance, and self-importance, in our lives.

Maybe. It’s rather hard to tell what the takeaway is from this brainy piece of experimental theatre. Even keeping track of characters nearly impossible. There appears to be two parents, their son and daughter, and a couple psychiatrists. But again, that grouping is a big maybe. The darker, and maybe more complex, question is whether they are all dead or not. Seriously, this show plays with some Lost-style questions of who is dead, are they all dead, were they always dead, is anyone alive? What’s for sure, or at least ninety-nine percent for sure, is that the children’s father dies near the beginning of the play, and is cremated. What we find out is that he’s been in a vegetative state since the age of 25, before his two children were born.

The duo of 1919 handle their switching between roles with ease. Outfit changes are quick and done onstage to symbolize a change in characters and time periods. We see from the parents’ perspective to the leads and the doctors. 25 might sound like a story about being young people, but it seeks to deal with more universal. Show creator Eliot Delage said the show began as three unrelated sketches, which he eventually strung together. That collagist approach comes across in this production and is part of what makes the show so baffling at times: not all these events are as closely linked as you might think. All these 25-year-olds are trying to find their own way in life, but the way forward is never easy or clear-cut.