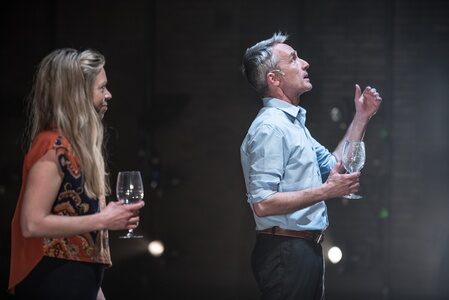 "The Boy in the Moon." Photo by Dahlia Katz.

A play based on the memoir of Globe and Mail journalist Ian Brown’s experience of bringing up his disabled son, The Boy in the Moon by playwright Emil Sher, may not seem like an obvious production to mount at a theatre driven largely by tourism. The choice made by artistic director Brett Christopher to include it in this season’s program, however, may speak to a desire to bring in the drama which deals with more complex subjects, as the inclusion of the Ghomeshi affair-inspired piece Asking For It later in September evidence.

The question is whether the audience who comes to see the play will be equally prepared to engage with the issues that it presents since The Boy in the Moon is not a play which minces the difficult realities of caring for a child with severe disabilities. It chronicles the journey of Brown and his family from the birth of his son Walker, detailing the events and emotions involved along the way. This production, put on by Crow’s Theatre of Toronto and directed by Chris Abraham, also includes a revised version of the script from its original premiere in 2014 at the Great Canadian Theatre Company in Ottawa (which I happened to see at the time). While this production in 2019 at TIP is as equally moving as the one I saw then, a few of the design and staging choices do not quite complement the action of the play.

Both David Storch and Liisa Repo-Martell give credible performances as Brown and his wife Johanna Schneller. Storch beautifully captures the combination of stoicism and vulnerability of a parent who is aware of the magnitude of their child’s situation yet still retains a hopeful outlook. His relatively collected nature provides an effective contrast to the more visceral expressions of emotion by Repo-Martell as Johanna. The latter actor shines especially in the second half of the play when Johanna’s own personal frustrations and concerns about Walker are given more space. The performance of Kelly McNamee as the couple’s daughter Hayley is a bit more subdued by comparison, though this might be deliberate to correspond with the character learning to accept less attention from her parents as a consequence of Walker’s condition.

Although the performances of the actors make the events and testimonies onstage compelling to watch, the blocking during some scenes is sometimes distracting. The choreographed movements of Hayley, for example, while making sense in certain moments (such as calmly practicing ballet moves as a respite when her parents argue), seem a bit random at others. A moment of awkward choreography also occurs when Ian and Johanna come together to reach out to one another, only to come so close and then walk away, meaning to symbolize their estrangement in the most challenging periods. In this respect, the show could benefit from tighter coordination of the actors’ movements so as to ensure that they do not detract from the important experiences being communicated.

On the technical front, lighting by André du Toit and Kimberly Purtell is done effectively, appropriately spotlighting characters when they’re speaking and heightened during particularly dramatic moments. The mystic-like sound heard throughout the show, however, is similar to blocking, in that it works for some moments (most notably when the family consults an Indigenous shaman for advice) but seems out of place for others.

Overall though, this production of The Boy in the Moon succeeds in its main objective in getting the viewer to think about not only the challenges inherent in Walker’s life but also the moments of beauty in it. As Johanna remarks, lives such as Walker’s should have value for their own sake rather than simply serve as a reminder to others of how fortunate they are.

The Boy in the Moon continues until September 1 in the Firehall Theatre at the 1000 Islands Playhouse in Gananoque, ON.

This review was reposted with permission from Capital Critics’ Circle. 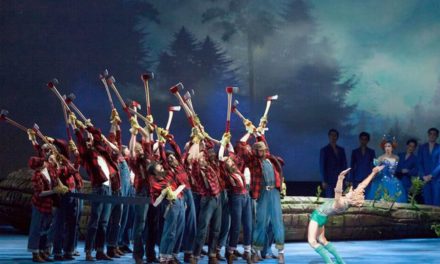 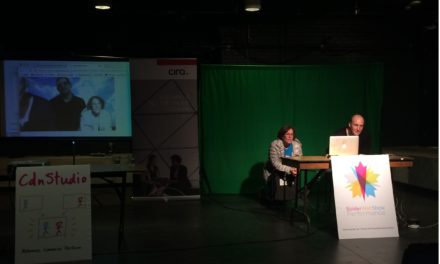