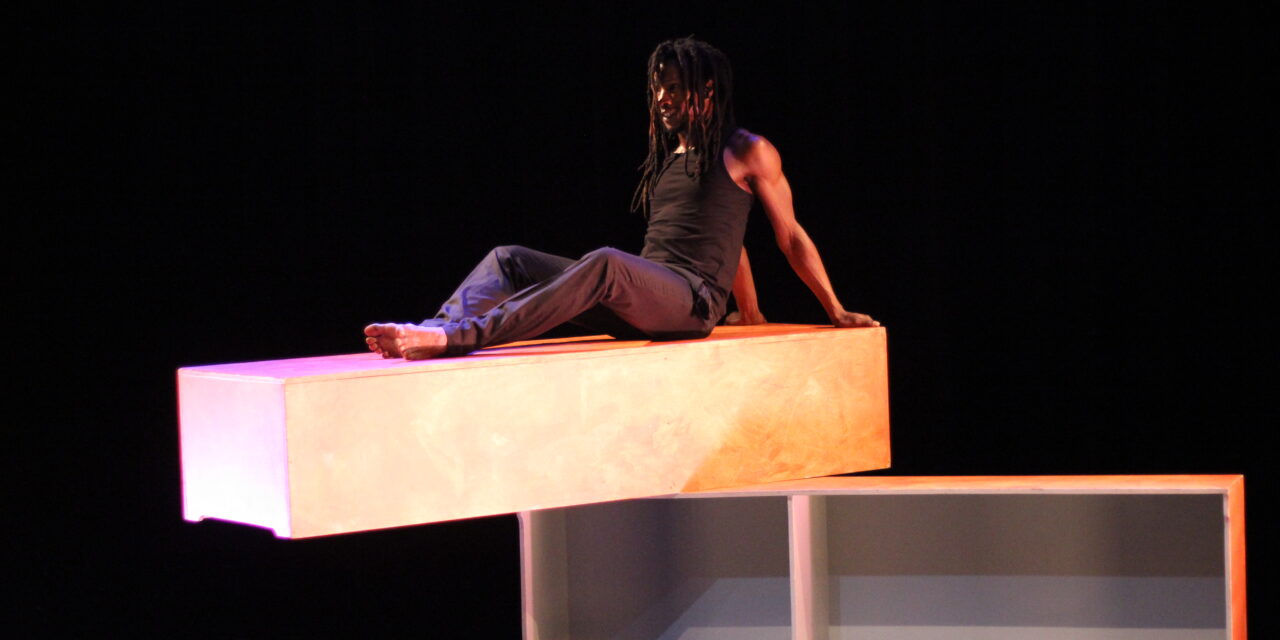 With minimal words and music, West African dancer Souleymane Sanogo uses his body to tell his story of self-discovery through dance.

With minimal words and music, West African dancer Souleymane Sanogo uses his body to tell his story of self-discovery through dance. 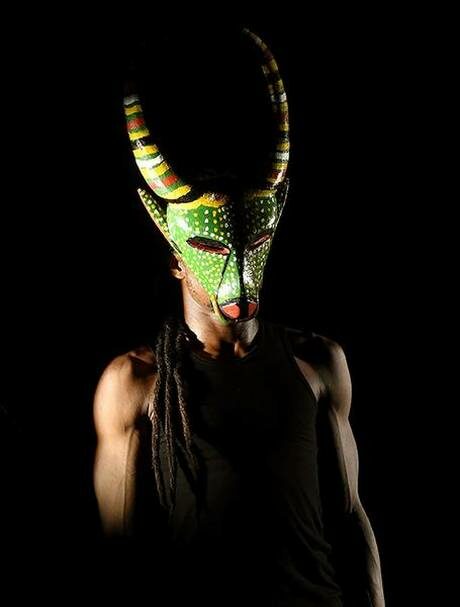 Souleymane Sanogo flails his arms as his dreadlocks fly — he’s in a trance. Behind him are odd props: orange-colored panels (which at one point, are balanced on top of each other), and a colorful cow mask. The movements, sometimes abstract, sometimes to a certain rhythm akin to traditional African beats, invite one to connect them to his story. In between, he narrates too, trying to paint a picture of his life’s struggles in French and broken English. The auditorium in Alliance Francaise of Madras was filled simultaneously with deafening silence and classical tunes.

Dance Or Chaos, recently performed by Souleymane, and choreographed by TidianiNdiaye, is narrated through the body, sparse words, and hard-hitting expressions. It tells the story of Souleymane Sanogo, a dancer who discovered the art form as his life’s calling solely by chance.

Souleymane was born in 1988 in Somadougo, a village in central Mali, where he lived with his grandmother since his childhood days. When his grandmother passed away in 2001, he was left with no choice but to flee. “I didn’t want to go back to my parents, they had left me with my grandma. They would ask me to work in the fields,” he recalls. The performance too begins with a representation of how it was like for him to work in the fields as a child. While moving continuously, he screams, “No work, no food.” 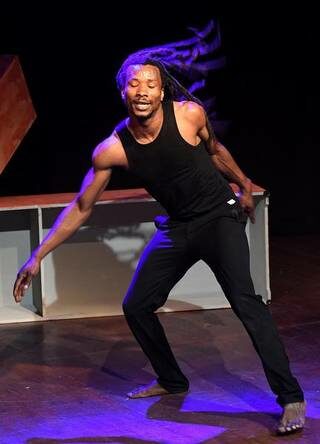 At 15, Souleymane ran away to Bamako. But he needed money to survive. So he started selling water for a lady who paid him the equivalent of ₹500 per month. “I wanted to make some money and go back to my village,” he says. This meager amount was not enough, and so he started living on the streets. He was homeless for a year. In 2003, he was discovered by Haitian choreographer Ketty Noel through a friend who visited the homeless regularly. “In the village, when we got together, we danced. That’s about it. I had no idea about dancing otherwise,” he says. On reaching her school, Souleymane got introduced to contemporary dance for the first time. He speaks of his first experience with the form: “I don’t have words to explain what I felt in my first class. It was powerful. Something changed in me.” Since then, there was no looking back, says the artiste.

Souleymane went back to the streets — this time, to work with children and try to change their lives through the arts. After all, the artist believes that dance is what saved him. “This was something I had to do. I taught them, but most importantly, I shared my experiences and invited them to come and see performances. I also wanted to create an environment where they could create for themselves,” he says, adding that they were extremely curious. He also taught them basic movements, African traditional dance along with the basics of contemporary forms. Souleymane never let his African roots wane. Which is also why most of his performances have movements that can be attributed to African dance forms. In Dance or Chaos, the idea of liberation or losing oneself to dance was manifested through traditional movements and beats.

Souleymane, who has traveled with this production 12 times, is now working on another piece called Wax, choreographed again by TidianiNdiaye. The performer, whose dream is to become an accomplished choreographer says that he will never let go of dance. “I want to go back to my village, where I can start something with the skill I have,” he signs off.

This article was originally published in The Hindu by Gowri S. on March 25, 2019, and has been republished with permission.