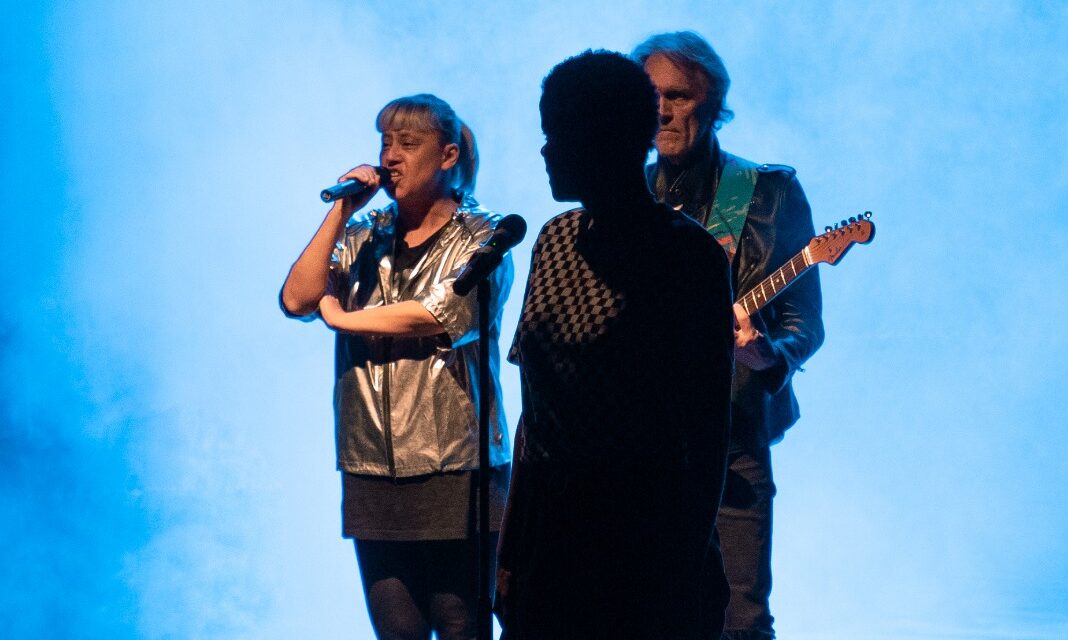 Wondering what may draw young people to theatre? It’s a theatre about them, with them and specially designed for them. This is what The Arrival, performed on 22 February 2020 at the National Theatre in Kampala, sought to affirm.

From genre to the script, there was this millennial airiness about the show. The subtext of the play betrays a juvenile identity crisis, a loss and a longing to break free as seen in several motifs. Still, the real issues that the play is concerned with – immigration, acceptance, and brotherhood – reverberate through. And these are actually inter-generational. It is at this point that The Arrival arrives at its meaning. The fact that the immigration question is contemporaneous makes this a relevant play.

The play is a Grips Theatre production that started in Berlin in autumn 2018. In February 2019 it was rolled out to Uganda. Grips Theatre, in collaboration with Ugandan artists, Moses Mukalazi (beatboxer) and Robert Sempijja, (dancer) conducted workshops in two Ugandan secondary schools and a refugee camp. The result was a sparkling theatre production – The Arrival. The Arrival is a mixed form of music, dance, beatboxing, video art, and drama. The plot is loose and the cast is limited but ably plays out in German, English and a smattering of Luganda.

First is a German song titled ‘Deutsche Pass’  relating the nightmarishness of immigration. Immigrants are threatened with being drowned in the Mediterranean Sea if they venture crossing over to Germany. This climaxes into the actor-musicians distributing ‘free visas for all’ to the audience. The second part of the play revolves around Tambombo, (Castlo Matondo) a young man struggling with self as society fails to understand him, including those close to him like Oana Futurama. In a similarly moving part is the arrival of Anin (formerly Oana) at a refugee settlement camp in Germany. But what is arrival if one is pitched against racism, lack of belonging and meager means of survival?

With the dramaturgy of Ellen Uhrhan, Theresa Henning has, that way, directed a very contemporary play for very contemporary times. The use of multimedia, particularly, video art accentuates the themes of the play. For example, the use of the mobile phone as a luxury to the privileged yet it can be a tool of liberation for someone holed up in a refugee camp was put in focus. Whilst the poor use of floor and one or two of the actor’s inability to project or sing somewhat undid a good show, with one song delivered out of harmony with the music, the musicians arrived at their thing, capturing the mood of the play all the way. Whether funky, bluesy, exuberant or anything in-between, Oz Kaveller and Micha Brandt were always ready to take the audience through a musical rollercoaster, sometimes fusing pop with rock; and thereby composing beautiful, almost free symphonies in styles only their own.

The dancer and the beatboxer also gave the drama that rare artistic integration, especially as they embraced their multiple support roles. All in all, The Arrival is one of those plays you wish you would stand up, move to stage in the middle of the show and share your popcorns with the cast. Ain’t even joking.