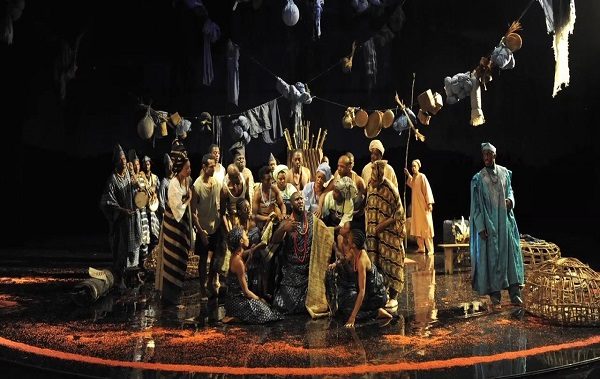 On July 28, 1914, Austria declared war on Serbia. The next day, across the Danube, Belgrade, came under bombardment by Austrian artillery divisions. World War One had begun.

“You think you’ve stamped it all out but it’s always lurking under the surface somewhere.” This quote by Pilkings, in Soyinka’s Death and the King’s Horseman could well apply to the barbarism lurking just below the surface of civilization. But, Pilkings was referring to something (or someone) else – Olunde, the medical doctor son of the King’s Horseman. The statement embodies Pilking’s reaction to Olunde’s knack for privileging meaningless sacrifice over existence.

I have not read a single satisfactory review of this play. “The bane of themes of this genre,” Soyinka forewarned, “is that they are no sooner employed creatively than they acquire the facile tag of ‘clash of cultures’, a prejudicial label which, quite apart from its frequent misapplication, presupposes a potential equality in every given situation,” going on to explain that the play is about transition in general and not about East vs. West, tribal vs. colonial, etc.

Yet, the playwright’s forewarning has the feel of tacit admission: the narrative device provides a legitimate basis for a culture-clash reading of the text. The play, however, transcends this ‘facile’ reading. It is in this light I expect my critique to transcend whatever shortcoming – specifically my refusal to accept that a critic must bring along full knowledge of The Fourth Stage and Yoruba Cosmology – I bring to this play. (You will come across irresponsible statements to the effect that the play is a representation of the Yoruba worldview.)

Death And The King’s Horseman is based on an actual event in Yorubaland in 1946 – when British colonial officials prevented the ritual suicide of the King’s Horseman. It is a month after the king’s death, and Elesin must commit suicide to guide the king’s spirit to the next world. He’s been assigned this task from birth, and the entire tribe expects him to keep his date with destiny to maintain cosmic harmony. As the Horseman demurs, coupling instead with an already betrothed maiden that catches his fancy, the British Resident, Pilkings, having caught wind of the planned death, intervenes and disrupts the transition. The community – and it seems to me, the playwright too – blames Elesin as much (if not more) as Pilkings, accusing him of being too attached to the earth to fulfill his spiritual obligations.

There is an almost surreal scene where Olunde, back home from Med-School to bury his father, is conversing with Pilkings’ wife, Jane, when Elesin’s voice is heard off-stage. Olunde is shocked to find out his father has not crossed over to the world of the dead yet. Father and son come face-to-face:

Elesin: Olunde? [He Moves His Head, Inspecting Him From Side To Side.] Olunde! [He Slowly Collapses At Olunde’s Feet.] Oh Son, Don’t Let The Sight Of Your Father Turn You Blind!

Olunde: [He Moves For The First Time Since He Heard His Voice, Brings His Head Slowly Down To Look On Him] I Have No Father, Eater Of Left-Overs.

Just before taking his own life, Olunde engages Jane in conversation. It is correct to say that, in this engagement, Soyinka privileges the former over the latter.

Just before taking his own life, Olunde engages Jane in conversation. It is correct to say that, in this engagement, Soyinka privileges the former over the latter.

At some point, responding to Jane’s vehement denunciation of ritual suicide as a ‘barbaric custom,’ Olunde – while not hiding his admiration for a ship captain who sacrifices himself, in fulfillment of his duty as captain, by blowing up his ship to save the lives of many – refers to the death of “young men [who] are sent …by their generals in this war” as ‘mass suicide,’ which he claims is infinitely worse.

Olunde has lived through this nightmare of war and his own experience colours his attitude toward Pilkings’ prevention of his father’s ritual suicide.

Olunde’s position is that of a person who has encountered the absurdity of the world, for whom, to quote Camus, “there is only one truly serious philosophical problem, and that is suicide.” It is the standpoint of a person, who has seen – through the brutality of the ongoing war – the worst of war, the violence that humans can inflict on other humans. Understandably, this person has begun to question the basis of civilization; rationality. Agreed, medicine is not an exact science, but it utilizes the scientific method: knowledge, rationality. In committing ritual suicide in place of his father, Olunde rejects science and rationality. The reason for this rejection does not reside in honour or in fidelity to the Yoruba religious belief. The reason for Olunde’s embrace of nothingness is external to the text.

If, for Olunde, the ship captain’s self-sacrifice emphasizes man’s isolation and uncertainty and the anguish of choice made in fear and trembling, we must point out that the captain’s freedom of choice and its consequences are determined by objective circumstances.

Olunde’s notion of freedom is an entirely abstract conception placed next to, say, the necessity of the captain’s notion of freedom. His is a personal confrontation with the world. The freedom of the isolated middle-class intellectual faced with a hostile and uncomprehending world. The attempt to escape this world leads Olunde to follow the logic of his idea of absolute freedom to the point of killing himself. The pervading spirits of pessimism and nihilism underlie this logic. The class most affected by this pessimism are the intellectual petit-bourgeois. The political basis is their confusion in the face of severe political upheavals. The psychological basis is their attempt to come to terms with, or rather escape the world. But what is its objective historical origin?

The two decades between the two world wars were, for European intellectuals, nightmarish, lived in a world of violence and uncertainty, of terror and inhumanity. It was world that witnessed the crash of ’29 and the Great Depression, Nazi concentration camps, the systematic slaughter of millions, the Spanish civil war and the bombing of Guernica, Hiroshima, and Nagasaki. Horror piled upon horror as humanity seemed buffeted by unknown and terrifying forces without direction and out of control. The outlook of a great many intellectuals was shaken, with civilization seemingly on its last gasp. Science and rationalism proved themselves meaningless before irrational impulse. The problem, for a cross-section of these intellectuals, became one of the values. Something to believe in, something beyond science (after all, all it had achieved was equip humans to murder one another) and reason.

Freedom and choice occupy a central place in this play: the freedom to reconsider one’s values. Olunde’s reference to the mass slaughter of war does not in any way excuse his actions. Even though ritual suicide is part of his society’s values, he could have chosen differently. How is it possible that the ritual suicide – or its non-performance – of one man can redeem or ruin a community forever? Yet Olunde – and it seems too, the playwright – adamantly believes this idea. Why is it wrong of Pilkings to stop the ritual suicide of Elesin? In what way does his action violate a human’s moral duty to humanity and to another human – regardless of culture? This, of course, goes to the heart of my quarrel with the text and prompts another question: why is it necessary for Pilkings to stop the ritual (in the sense that one could then blame him for a choice Elesin could have made)? As evidenced by Iyaloja’s final speech to Pilkings:

“No Child, It Is What You Brought To Be, You Who Play With Strangers’ Lives …The Gods Demanded Only The Old Expired Plantain But You Cut Down The Sap-Laden Shoot To Feed Your Pride.”

And Elesin himself, to the already betrothed young woman he demands – and is allowed – to take to bed as compensation for his impending death (I find it interesting that nobody questions this):

And Elesin himself, to the already betrothed young woman he demands – and is allowed – to take to bed as compensation for his impending death (I find it interesting that nobody questions this):

Elesin’s initial refusal to perform an outdated, class-based medieval practice that dooms him as an eternal horseman, were it conscious, would have elevated him to the status of a tragic hero – a refusal paid with the price of Olunde. Choice and consequence: two essential tragic ingredients.

This refusal of the playwright to make Elesin a forward-thinking hero challenging his circumstances straddles a line Soyinka oversteps and yet rejects. Had Elesin made the choice himself, his initial non-performance of ritual suicide could have possessed all the characteristics of true tragedy. Death and The King’s Horseman could have become a drama about the internal bankruptcy of a feudal society as a result of its unbearable contradictions brought to life through the struggle for the emancipation of an individual (Elesin) in a society which is not yet ready for it. It could have been a conflict between what is personal and what is beyond the personal, a drama of human passion that is larger than the individual. A classic struggle of a tragic hero with his fate.

The supreme collision of Elesin – man’s effort to free himself from mysticism and reconstruct society and himself in accord with his own plan – and his destiny (ritual suicide would have been a kind of fate) is stripped of its tragic grandeur and resolved into the swamp of pessimism and nihilism. Hear Elesin to Pilkings:

“You Did Not Save My Life District Officer. You Destroyed It… And Not Merely My Life But The Lives Of Many. The End Of The Night’s Work Is Not Over. Neither This Year Nor The Next Will See It. If I Wished You Well, I Would Pray That You Do Not Stay Long Enough On Our Land To See The Disaster You Have Brought Upon Us.”

The fundamental underlying tone in Death And The King’s Horseman is nausea, a feeling of disgust over what Soyinka refers to as ‘the collapse of humanity’ and ‘the recurrent cycle of human stupidity.’

The Economist had written that Soyinka’s prison writings were “personal, bitter and obsessed by his own fate.” “Obviously some bitterness exists,” Soyinka had said. “I coined the term ‘wasted generation’ because of the scale of our ambition as young people; we were the renaissance people.”

He, like others of his generation, had returned “with grandiose ideas about the kind of nation I must assist in building.” The pessimism of the play owes its roots to the prevalent mood among this section of the Nigerian intellectual petit bourgeois. It was borne out of defeats, betrayals, bitter disillusionment and despair, coups, civil wars, pogroms. They saw the problems confronting their society, but could see no way out. Filled with a sense of impending doom and feelings of powerlessness and dread, which their writings faithfully convey, they sought alternatives on the basis of literature. “I was a socialist, but I couldn’t accept the Marxist interpretation of history,” Soyinka told an interviewer. “It conflicted with the untidy, non-scientific element which is human nature.”

And so, everything is resolved into nothingness – suicide, a personal solution, an irrational reaction to rationalism – using, as justification, the disasters of war. War, by the way, has got an objective material basis; Olunde’s ritual suicide is a feudal-medieval survival story. Yet, the playwright refuses to make Elesin reject this ritual – instead, he is futilely interrupted by the British Resident. 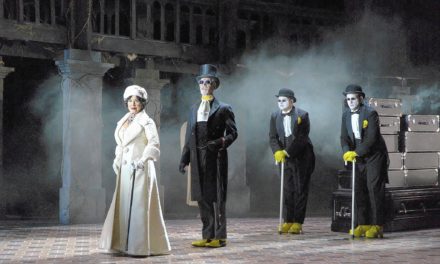 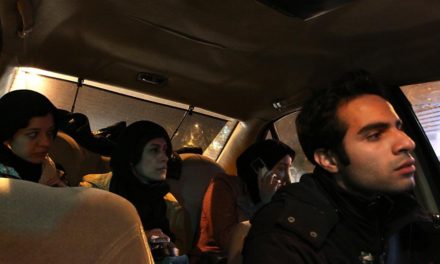