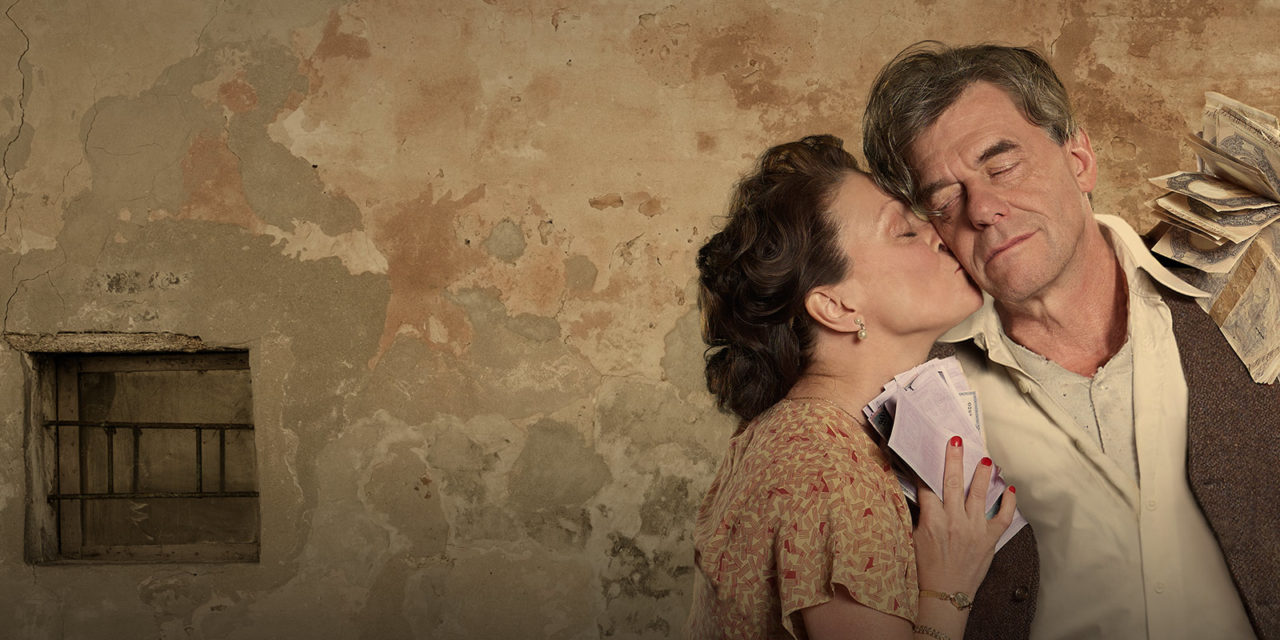 The Stratford Festival’s 2018 playbill is now complete—and the final entry is an absolute winner.

Napoli Milionaria! is the name of the play, and it’s a wonderful, steaming broth of an entertainment—robustly staged with understanding and affection by festival artistic director Antoni Cimolino and featuring a stellar cast led by Tom McCamus as the beleaguered head of a turbulent Neapolitan household clinging to survival during the Second World War.

Cimolino’s production pulsates with a warm messy humanity that is true to the sensibility of one of the 20th Century’s great dramatists. Eduardo De Filippo, who died in 1984, always had a tolerant eye for both the absurdities and resilience of the human condition and we get generous measures of both in this wise and entertaining play, presented in a lively new translation by award-winning Alberta playwright John Murrell.

De Filippo needs more champions in the English-speaking world. He had one in British director Richard Eyre during the years when Eyre was running London’s National Theatre. And perhaps he’ll find another one in Stratford’s Cimolino.

This is not the first De Filippo play that Cimolino has directed at Stratford. Several years ago, he gave us a lovely production of Filumena, starring former artistic director Richard Monette. It also proved its entertainment value, and let’s be clear about one thing—Eduardo De Filippo is a superb entertainer.  He wrote some 40 plays, so there are lots of potential goodies still to be plucked from the tree.

Napoli Milionaria is an all-too-human morality play written at a time when the Second World War was nearing its end. The Allied forces had arrived in Naples. The liberated portion of Italy, a country that had earlier thrown in its lot with Hitler, had now declared war on Germany. De Filippo was ready to write another of his masterpieces—a play focusing on one family’s experiences on both sides of the divide, beginning in 1942 when Fascism and the Nazi alliance still gripped the country and moving into the second act to a post-liberation period.

The common factor in both chapters is the black market and the opportunities it offers to the impoverished Jovine family. The father, Gennaro, is at best its nominal head in those early days. The real driving force is his wife Amalia who sees the economic potential in selling goods on the black market. Gennaro, emotionally damaged and inadequate, has a sense of right and wrong but lacks the will to bring it to bear on a household whose chosen method of fending off to starvation is to engage in illegal activities that can often cause hardship to other citizens.

As Gennaro, Tom McCamus gives us a hangdog specimen of ineffectual defiance. He still possesses a mind with an understanding of what is happening to himself and his family, and he is capable of a sardonic graveyard humor in reflecting on it. But he also acquiesces to his wife’s “business” acumen—to the extent of playing a bogus corpse, surrounded by bogus mourners, in an attempt to distract a police raid in search of contraband. This scene, hilariously brought off in this production, shows the playwright’s gift for turning emotions on a dime.

A reckoning of sorts will come in Act Two, when the Allied liberation sees Amalia ruthlessly expanding the family business. When Gennaro returns home, tattered and broken after a lengthy wartime absence, he scarcely recognizes the once shabby family flat thanks to its ostentatious display of recently acquired wealth. But maybe, just maybe, his still flickering moral conscience may finally burn brighter.

You can say that this a play about greed and callous criminal opportunism—and of course it is those things. But De Filippo is also drawn to the inherent decency of the people he’s writing about, people driven by circumstance, opportunity, and basic material need to break the law—and contribute to the misery of others. It’s a play afloat in contradictions. It is not prepared to judge—but to say that it seeks to understand these flawed characters is not to say that it forgives.

Cimolino’s production, finely tuned to the moral ambiguities of the story, also seeks to examine a particular culture at a particular moment in history—and most importantly—to convey a sense of community, of a warm, vibrant, bustling life. And this world is given further substance and validity by Julie Fox’s costumes and setting, Michael Walton’s lighting, and Thomas Ryder Payne’s soundscape.

Above all, there is the cast. There is the shabby integrity of McCamus’s Gennaro, quietly unobtrusive in the skill with which this fine actor shows how a seemingly simple human being can be a vessel of complexities. A striking Brigit Wilson, warmth vying with cold opportunism, is fascinating in her portrayal of Amalia. Johnathan Sousa elicits both amusement and sympathy as a volatile son for whom life offers few options, Andre Sills is terrific as a stern but understanding policeman, and Tom Rooney contributes another of his delicately nuanced characterizations as an embattled local with good reason to hate the Jovine family. Rooney’s character represents the playwright’s belief that goodness can still surface in a society that seems to have completely lost its moral moorings. Does this mean that Napoli Milionaria is a feel-good play? Not, perhaps, in the conventional sense. But it is an immensely vital and enjoyable theatre-going experience.

This article originally appeared in Capital Critics’ Circle on August 25, 2018, and has been reposted with permission. 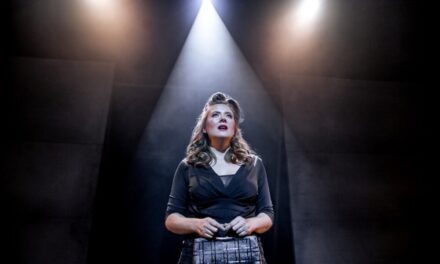