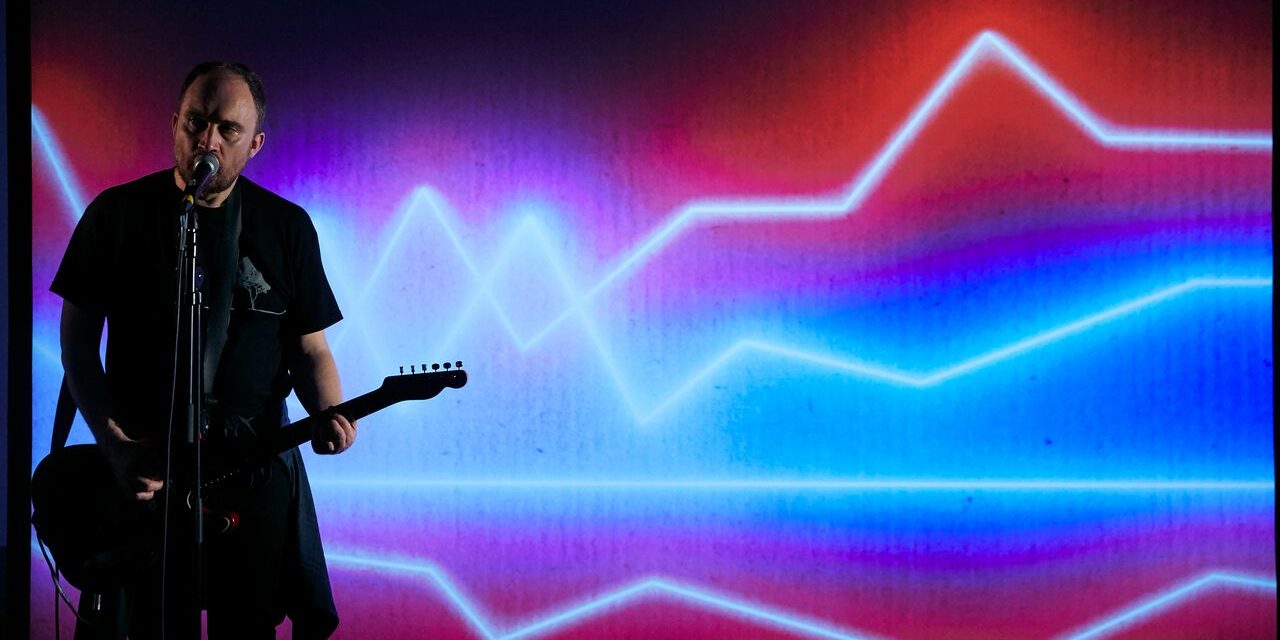 Chris Thorpe in "Status." Photo: The Other Richard 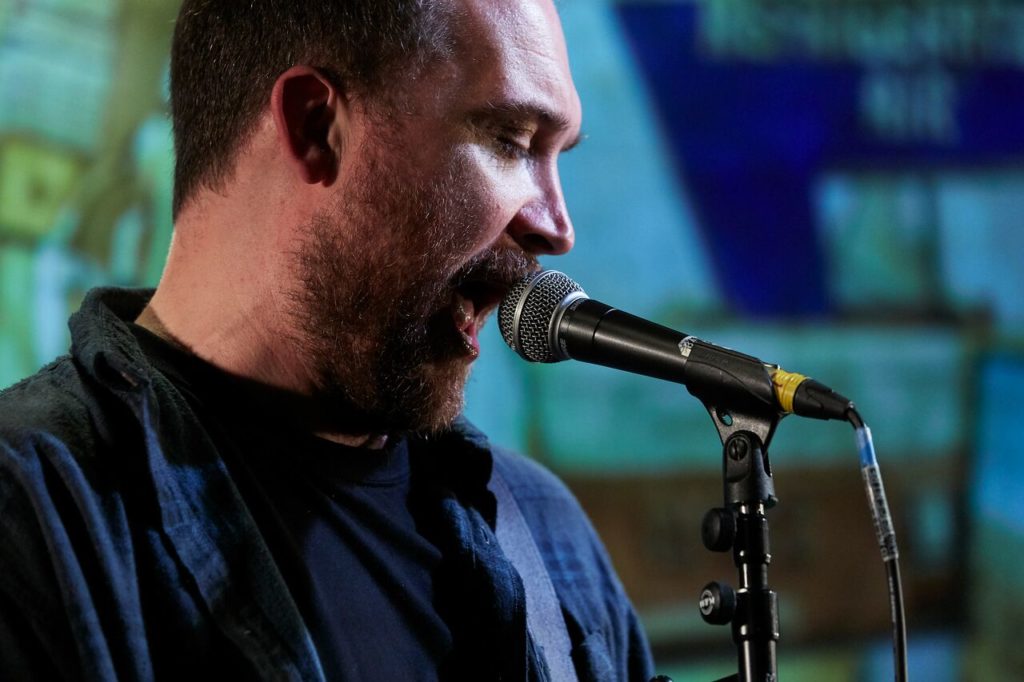 “It’s not another Brexit show,” Chris Thorpe declares as he embarks on his mid-life-crisis/road movie/story of self-discovery. But nonetheless, his story begins–on a roof terrace in South East London–the night of the Brexit vote result. It wouldn’t do it justice to try and recount here exactly the way in which Thorpe relates his experience of this historic event and what followed hence. The point of this show is the beauty of its own storytelling and its own perfect prose. However, much can be said about the meticulous skill and artistry that collaborations between Thorpe and American director Rachel Chavkin are becoming distinguished for. 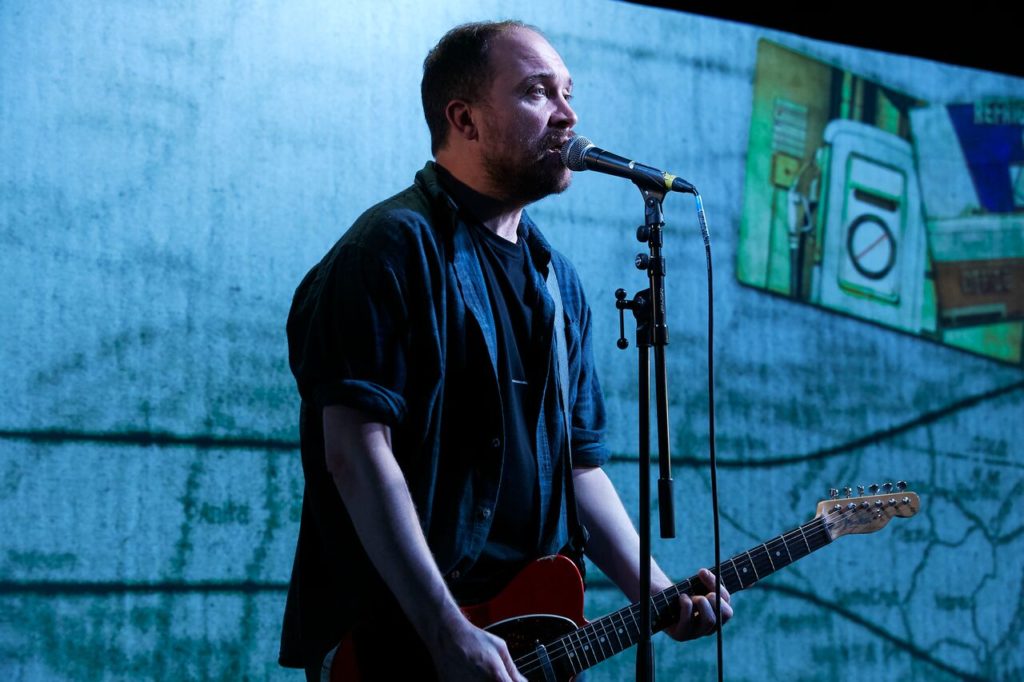 Status is their second piece following the hugely successful 2014 hit Confirmation in which the pair explored the notion of “confirmation bias” by immersing themselves–and us too–into various kinds of research about the phenomenon, from academic to experiential. Set in the round, Confirmation was a powerful performance, made particularly effective through attention to detail and a carefully controlled audience rapport.

Status has a different format. In many ways, it is a classical piece of storytelling, updated for the 21st century through a digital backdrop and the sporadic use of an electric guitar, played by Thorpe himself. To those familiar with Thorpe’s other work, this particular kind of musical accompaniment will seem natural. Most notably in 2012, Thorpe collaborated with Steve Lawson and Lucy Ellinson to set George Osborne’s austerity plan to a death metal score in an award-winning piece named #Torycore. 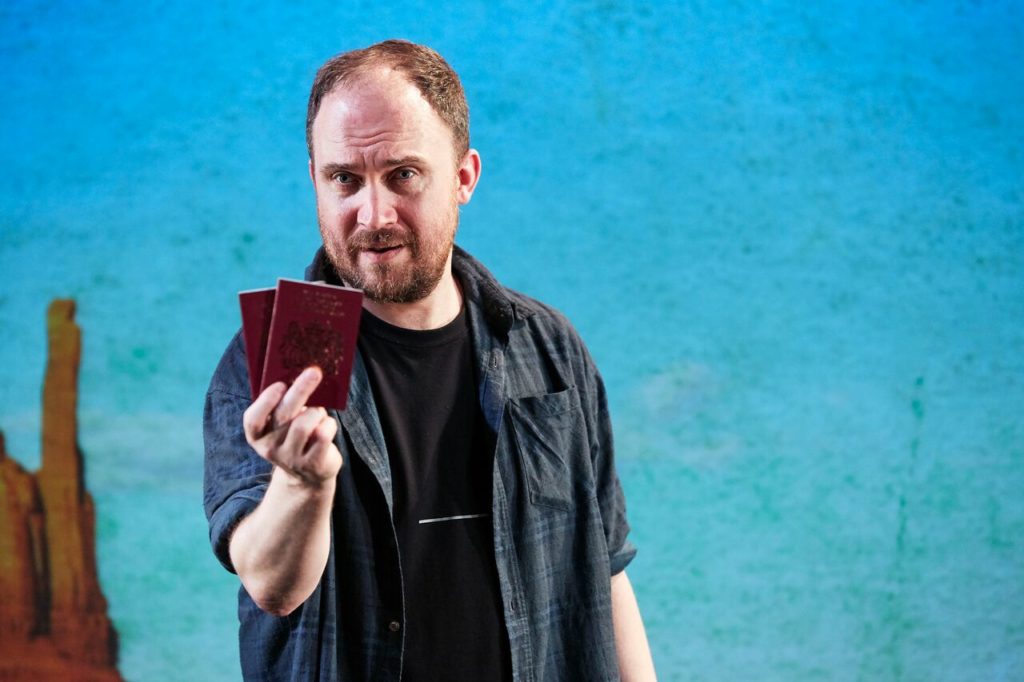 There is the same kind of anger and urgency in the guitar riffs that accompany Status, though the way in which the text of this piece is packed in with the music can feel a little awkward at times. It’s as though some kind of languid blues parts are struggling to fit into short and dynamic musical bursts.

That said Thorpe’s brand of prose blues is utterly extraordinary. At times it feels like a National Geographic op-ed, at times like a Carlos Castaneda book–meandering as it does from the plains of Banat in Serbia to the Arizona Desert, to Singapore and back to Europe again via the troubled waters of the Mediterranean Sea. Covering such breadth the piece speaks to so many individuals in a very personal way–every so often the collective bursts of laughter and approval are peppered with individual knowing nods and chuckles. I particularly liked the Coyote–a one time East German on a Russian skateboard–the person who taught our protagonist that even if you can no longer identify with your country, you can still take with you the good things that it gave you, such as a “decent foundation in Marxist analysis that goes beyond the T-shirt slogans.” 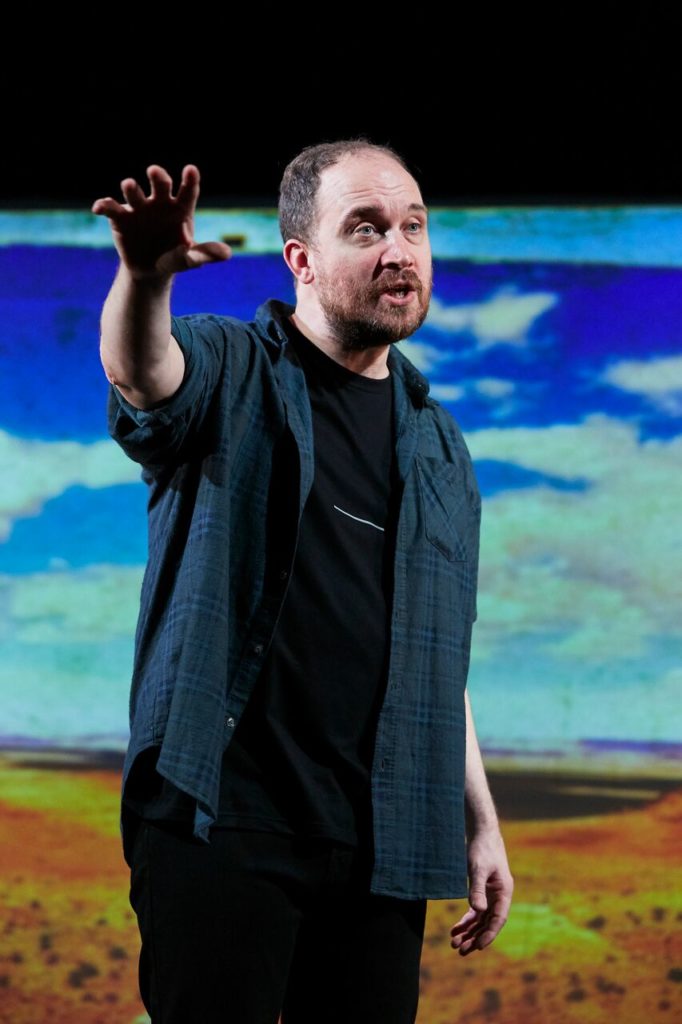 It is a deep and resonant piece that will haunt your dreaming and waking hours for days to come. A real gem that you too should travel the world for–if you can.