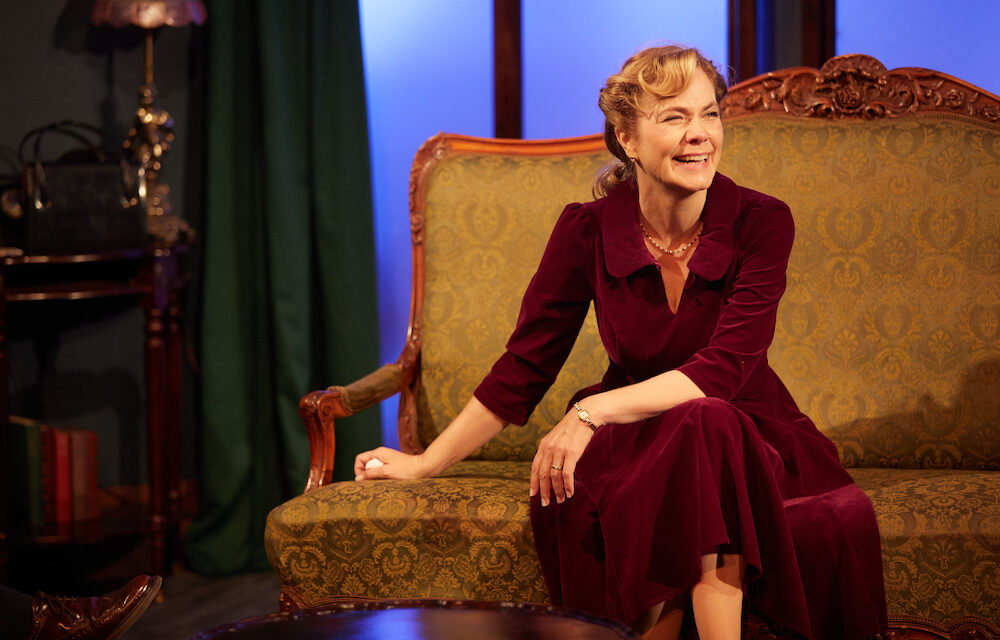 In British plays of the postwar period, before the liberated 1960s, there is always an unresolved contradiction between human desire and social convention. A good example of this tension is Black Chiffon, a rarely revived play by Lesley Storm, the pen name of Scottish writer Mabel Cowie, who was born in 1898 and died in 1975. Although largely forgotten now, she wrote some 17 plays, 11 novels, and seven screenplays. Her 1957 masterpiece was Roar Like a Dove, which clocked up 1,007 performances in the West End. Her other big hit, Black Chiffon, first staged at the Westminster Theatre in 1949, was scrupulously revived by the Frinton Summer Theatre in August and now comes to London.

As you might expect, the play begins like a standard middle-class drama, set as it is in the comfortable living room of the Christie family’s Chelsea house. Robert and Alicia are a solidly respectable middle-aged couple, with two children in their twenties: Roy and Thea. The future looks bright: Thea is happily married and heavily pregnant; Roy is engaged to marry Louise in three days’ time. Yet, underneath the placid surface of middle-class life, some disturbing currents swirl. Robert, who has often been absent because of his work for much of the upbringing of his children, is resentful of and resented by, his son. In compensation, Alicia loves Roy in a profoundly possessive way.

All these stresses come bubbling to the surface when Alicia is arrested for stealing in a department store. Oddly enough, she has fingered a black chiffon nightie, not an item of apparel that she would normally wear. What follows is a psychological thriller in which Robert asks Dr. Hawkins, a psychiatrist, to help with Alicia’s defense in court. After an emotional interview with her, brilliantly written by Storm, Hawkins feels confident that he can argue that her mind has been disturbed by recent stress.

But in order to do so, Hawkins will have to get his client to testify about the details of her love for her son, the kind of feelings that might be interpreted uncharitably by 1940s British society. So Alicia has a choice: either she pleads guilty, and risks going to prison, or she relies on a defense that exposes her to even more public shame. Which of these, she has to decide, will inflict the least damage on her family? In this light, Black Chiffon is not only a psychological thriller, which eventually explains what motivated her to steal a sexy nightie, but also a compelling exploration of ethical choices.

Like so many plays of the 1940s and 1950s, Storm’s drama contains some scalding emotional fuel, swirling feelings that might burn the ears off any respectable citizen, and of course, that would delight the mind of any Freudian. In the scene when Hawkins interviews Alicia, the writing reaches a pitch of intensity as her initial reluctance, and denial, are gradually broken down by his patient questioning. Alicia’s moment of madness in the store shows that she is powered by unconscious drives of which she is barely conscious.

As Storm keeps us guessing right up to the end of the play, it is also clear that her heroine will, whatever course of action she chooses, be self-sacrificing in the classic British way. At the same time, buzzing within this story is a profound understanding of the unconscious roots of desire, the wildness of love, and the disturbance that longings can cause. Disappointed in her relationship with her often-absent husband, Alicia loves both of her children, but it is Roy that is closest to her heart. When she realizes that he is grown up and will soon move away from home, her bizarre behavior is a cry for help.

The problem with reviving plays from the age of deference and austerity is that their moral codes now strike audiences as risible. So, despite the careful calibration of Clive Brill’s directing, many of the sincere statements of his characters now provoke unkind laughter. On the other hand, as Abigail Cruttenden’s brittle Alicia makes clear, her character is also laughing inappropriately at the psychological mess that she is in. Helping her find a way through the moral maze are Ian Kelly (Robert), Jack Staddon (Roy), Eva Fieler (Thea), Jemima Watling (Louise) and Nicholas Murchie (Hawkins). Although Beth Colley’s set is not as attractive as it could be, this psychological thriller retains its power to disturb.

Black Chiffon is at the Park Theatre until October 12. 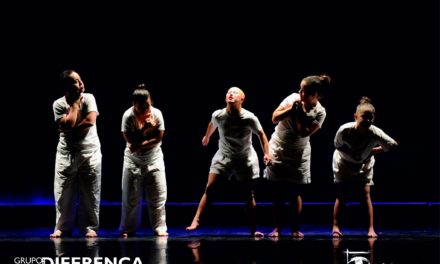