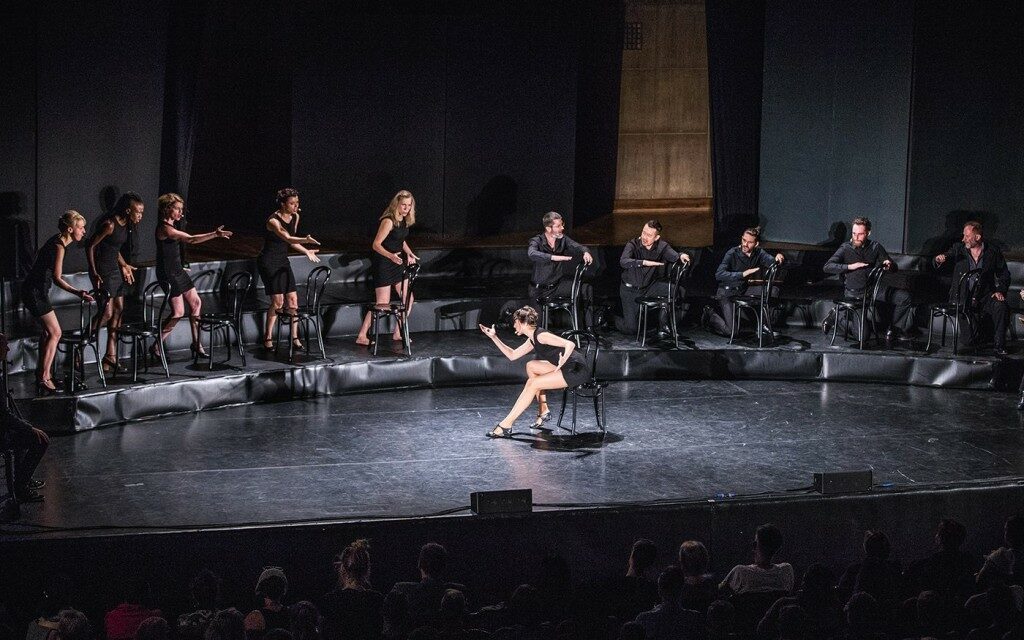 The Shakespeare and Poland Festival at the Globe – a two-week exploration of the relationship between the playwright and the Polish nation – concluded with the probably most anticipated element of the program: Songs of Lear performed by The Song of the Goat Theatre on Saturday, 6th July. The Wrocław based theatre company, created by Grzegorz Bral and Anna Zubrzycki in the late 90s, has been exceptionally successful on the international stage in the last few years. Songs of Lear premiered at the Edinburgh Fringe Festival in 2012 and won three prestigious awards including the Fringe First and the Herald Archangel. The company, known for its innovative approach towards stage performance, didn’t disappoint and gained standing ovations at the end of the show in the intimate interior of Sam Wannamaker theatre.

The performance consists of selected central scenes from King Lear, staged in different ways, including a-cappella singing, an emotional dance choreography and the use of unusual instruments taken from European folklore tradition. The non-linear production, though intensely inspired by Shakespeare, steers clear of a literal dramatization of the King Lear tragedy and instead invites the audience into a mystic and, at times, challenging journey through different emotional stages of Shakespearean characters, focusing especially on Cordelia, the king’s youngest and favorite daughter. Such an abstract take on Lear requires a guide, and the director himself, Grzegorze Bral, gently leads the spectators through all “the sound paintings”, as he describes the songs performed by the actors. His balanced guidance helps the audience to access the imaginative vision of the creator, yet doesn’t cross the line of forcing a prescribed explanation onto anyone and leaves plenty of room for individual interpretation. 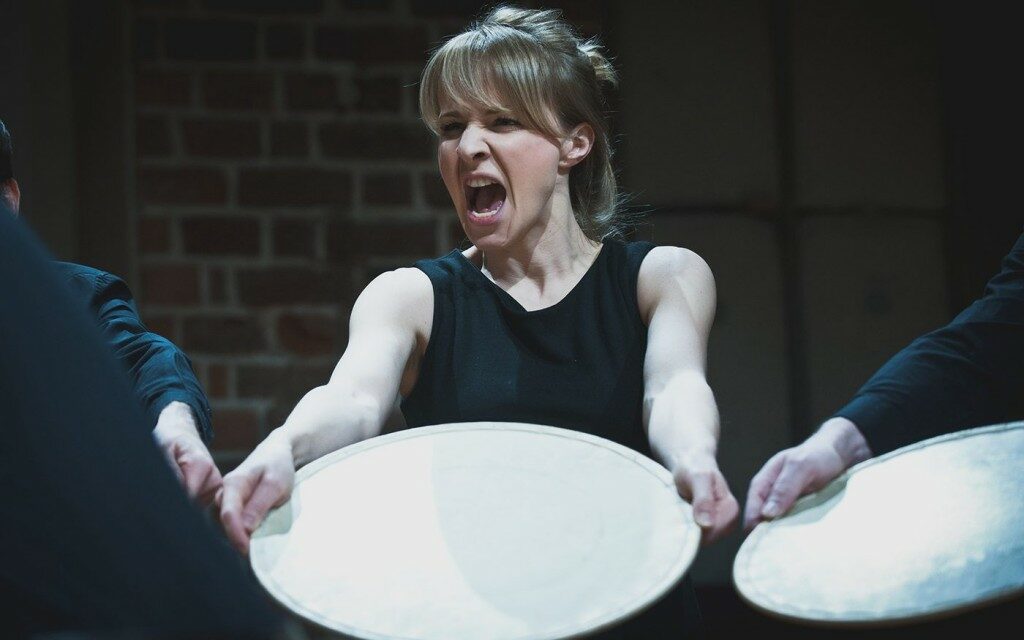 The music composed by Jean-Claude Acquaviva and Maciej Rychły (who was also present on the stage) provides an emotional voyage that often takes its listeners into uncomfortable places – but ultimately offers an invigorating experience. It combines Georgian chants sung in Latin with excerpts taken straight from Shakespeare, various Biblical references and folklore instruments. The expressive music is carried not only by the performers’ vocal skills but also their raw and vigorous acting. The minimalistic set design (just a few chairs and rare musical instruments) and pared-down costumes (simple black clothes) channel the audience’s attention to the actors’ body language, their exceptionally harmonious choreography, and raw performance. A particularly poignant moment is when Lear takes away Cordelia’s power and dignity and silences her by metaphorically removing her black heels, which she’d earlier used to express her anger by stomping heavily, and leaves her barefoot. Bral clearly has a great sense of theatrical symbolism and knows how to portray more feelings by using fewer props.

In experimental shows such as Songs of Lear, there often isn’t room for staged dialogues, explanations of motifs that enable the plot, or highly intellectual verbal skirmish. Yet the spectacle isn’t just an agglomeration of improvised outbursts of pure emotions. From the beginning to the end, the audience takes part in a carefully directed, well-thought-out dramatic journey, where inspiration meets high culture with unrefined expression. There’s a risk that such an intense performance, packed with Medieval Georgian traditions, might create an isolating or pretentious experience for someone who’s not willing to follow Grzegorz Bral’s lead through this dramatic purgatory of emotions. To avoid such pitfalls, the relationship between the spectators and the performers plays an important role in atmospheric shows like this one. The packed interior of the Sam Wannamaker theatre (the show sold out completely) allowed the collective the space to be part in Bral’s experience. 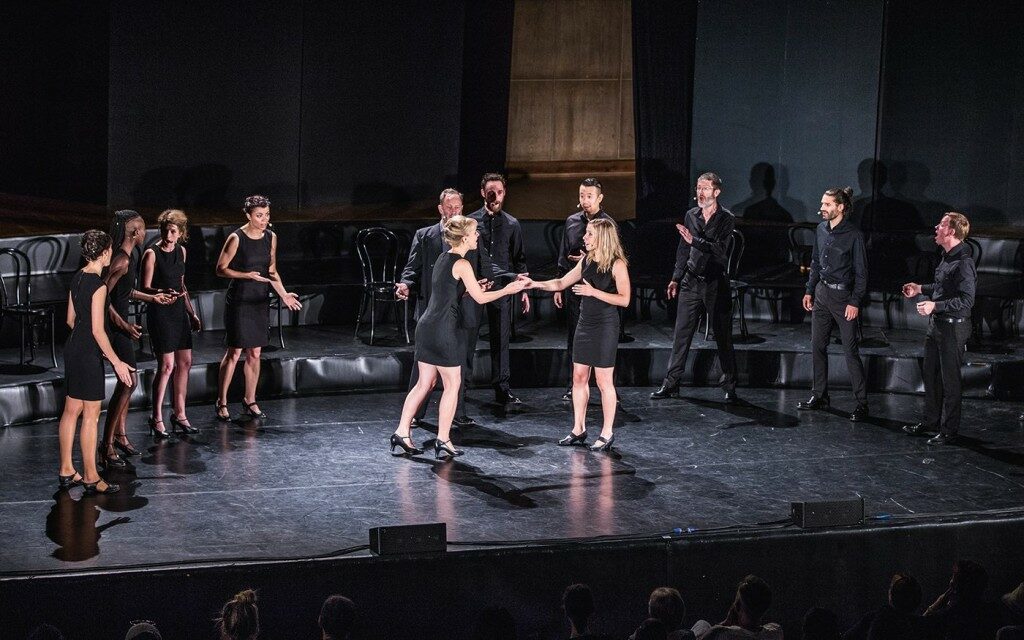 Projects like The Song of the Goat, full of passion and vibrating with energy that seems to embody Aristotle’s idea of catharsis. Inspired by, as Bral says in the introduction, “what Shakespeare’s plays would sound like,” Songs of Lear plays on the universal human experience of tragedy, which resonates across cultures and languages. It’s a show that deserves the publicity it has gained since its premiere – an exciting exploration of Shakespearean tragedy, which pivots on the core emotions of heartbreak through sound, movement and acting.

This article originally appeared in Central and Eastern European London Review on July 11, 2019, and has been reposted with permission.