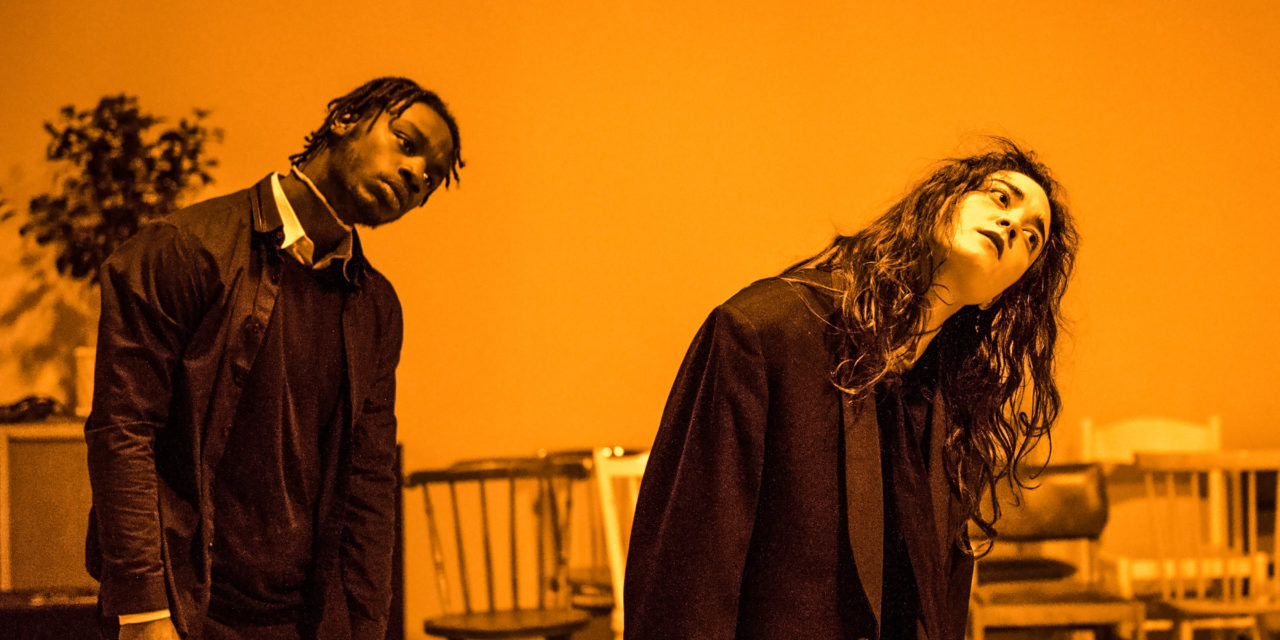 Text can sometimes be a prison. At its best, postwar British theatre is a writer’s theatre, with the great pensmiths — from Samuel Beckett, John Osborne and Harold Pinter to Caryl Churchill, Martin Crimp and Sarah Kane — carving out visions of everyday humanity in all our agonies and glee. But the mountain of written words that they have built is only a part of the live theatre experience, and it is increasingly being questioned by playwrights themselves. Now, Simon Stephens, author of the West End hit adaptation The Curious Incident of the Dog in the Night-Time, offers his take on the experimental open text.

The key stage direction to Simon Stephens’ Nuclear War, which the playwright describes as “a series of suggestions for a piece of theatre,” is there at the beginning: “All of these words may be spoken by the performers but none of them needs to be.” The text, written as lines of dialogue and descriptive statements without any character names attached, occupies a mere 11 pages and thus is a gift for directors and actors to interpret at will. It describes in the most metaphorical and allusive way the bereavement suffered by an unnamed woman (played here by the pent-up and expressive Maureen Beattie), whose sense of loss subjectively feels as if she has been in a nuclear conflagration. She is devastated. Destroyed.

In the hands of the director and choreographer Imogen Knight and designer Chloe Lamford, the simple story of the play (suffering woman gets up, goes out, travels around, has a break in a café, comes back home) becomes an enthralling piece of experimental theatre. Beattie’s progress around London is performed on an open stage with a handful of props, while the audience sits on a variety of different chairs like squatters, intrusive guests at a funeral, part of the action, but separate. Gradually Beattie’s embodiment of grief, numbness and loneliness begin to suffuse the whole room, which is bathed by wash after wash of colour, sometimes yellow, sometimes red, sometimes blue. 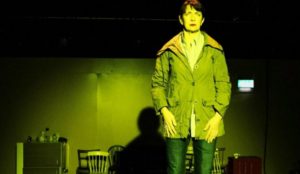 The rest of the cast — Andrew Sheridan, Beatrice Scirocchi, Gerrome Miller and Sharon Duncan-Brewster — provide dance moves, a sense of the press of strangers when the woman travels in the tube, and a feeling of the claustrophobia that an urban environment provokes. In her loneliness, the woman talks to various people, but is unable to really make contact: when she does it involves an accidentally spilt cup of coffee. At the same time, the text talks about time, in a way that reminded me of Tom Stoppard’s Arcadia, about desire and about death. There’s a sudden, surprising explosion of joyous dance.

This is a play full of haunting moments that works on your emotions rather than on your reason. Rationality has been buried. All that’s left is feeling. Like a surrealist fantasy, this is an everyday life lived at a pitch of high intensity. Strangers appear in black hoods, heartbeats pound your ears; it’s like a painting by Edvard Munch or early Pink Floyd. Yes, like a trip gone bad, like a psychotic breakdown, like a sweaty nightmare, like a nerve poem. It feels impressionistic, obsessive, allusive and original.

I saw Nuclear War at a preview, so I’m aware that it’s a work in progress, but it is already absorbing enough to make me want to see more stagings like this. Slightly reminiscent of the playwright’s Carmen Disruption, you instinctively know that this venture, which is a slender 45 minutes long, is pushing the story of contemporary theatre forward. Okay, not everything about the performance is successful. (I didn’t like the bit with the bricks.) But that doesn’t matter. As Mickey Newbury’s “When the Baby in My Lady Gets the Blues” hums its way into the small studio space, there’s a real impression of boundaries being broken and of deep feeling welling up. A great immersive experience.