Written by The Theatre Times | 22nd May 2021 | Acting, News, Theatre and Disability, United States of America 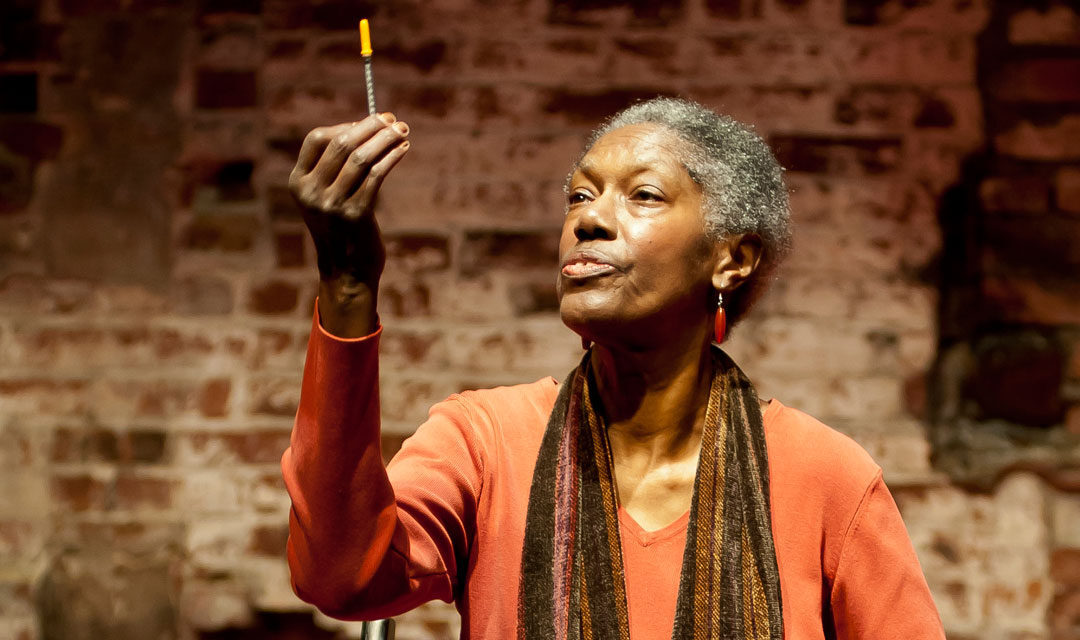 Robbie McCauley, a groundbreaking playwright and performer has died.  She received an OBIE Award and a Bessie Award for Outstanding Achievement in Performance for her play, Sally’s Rape. In the show, McCauley put herself naked on the auction block to narrate the story of her grandmother.  Harvey Young, researcher and scholar of African-American drama said about the production:

Although I never saw a live production of Sally’s Rape, I have spoken to a number of audience members about the experience of sitting there as McCauley stood naked atop the block. One recollection that stands out to me was a spectator’s feeling of intense discomfort at being cast as a person who would or could buy a Black person and a desire for the scene to end as quickly as possible. This particular audience member had the distinct feeling that if she didn’t chant “Bid ‘em in” – which she didn’t want to do – then the scene would continue and McCauley would remain standing naked atop the block. In the end, she chanted alongside the audience. This moment – and, indeed, the entire play – is gutsy not only for McCauley’s fearlessness on stage but also for her insistence that her audience engage with the history, the objectification and the exploitation of African Americans.

MacCauley’s work is widely anthologized, including in Extreme Exposure, Moon Marked and Touched by Sun, and Performance and Cultural Politics. One of the early cast members of Ntozake Shange’s for colored girls who have considered suicide when the rainbow is enuf on Broadway, she went on to write, direct, and perform regularly in cities across the country and abroad. He most recently work was Sugar, one-woman show about her life-long struggle with diabetes, produced initially by ArtsEmerson in 2012 and subsequently presented at Brown University, the Hartbeat Ensemble, and at New York Live Arts as part of Lumberyard Contemporary Performing Arts’ City Winter Festival 2018. Magda Romanska, theatre scholar and faculty at Emerson College wrote about the show:

Robbie once said that “Confessions are good information.”  The act of confession, bearing witness, it is an important part of post-traumatic healing.  Sugar is Robbie’s story. In all of her previous works, she focused her artistic lens on different family members drawing the landscape of African American experience.  Sugar is different.  It is a story of Robbie as an artist, an actress, an African American woman, struggling to live with diabetes in a complex, racially divided world, while trying to lead a full, active and creative life.  The piece grew out of the process of story circles, an artistic and community building technique based on the premise that everyone has a story to tell.  The technique was developed by John O’Neal as a way to create oral history of African American experience. The process of storytelling is therapeutic in itself because it is a process of constructing a narrative, of reconstructing a history and fundamentally, of re-externalizating one’s story.

McCauley leaves a rich legacy of experimental confessional performance, which broke new barriers and advanced American theatre in new directions.  The Struggle Continues: Robbie McCauley: Scripts, Essays and Reflections, an anthology of McCauley’s plays and writings, with contributions by noted theatre artists, critics, and scholars, is forthcoming from TCG (November 2021). 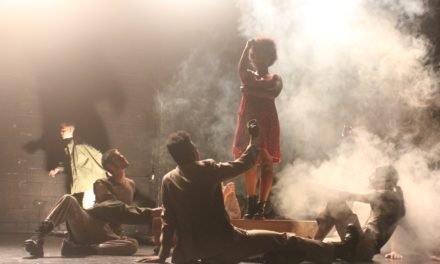