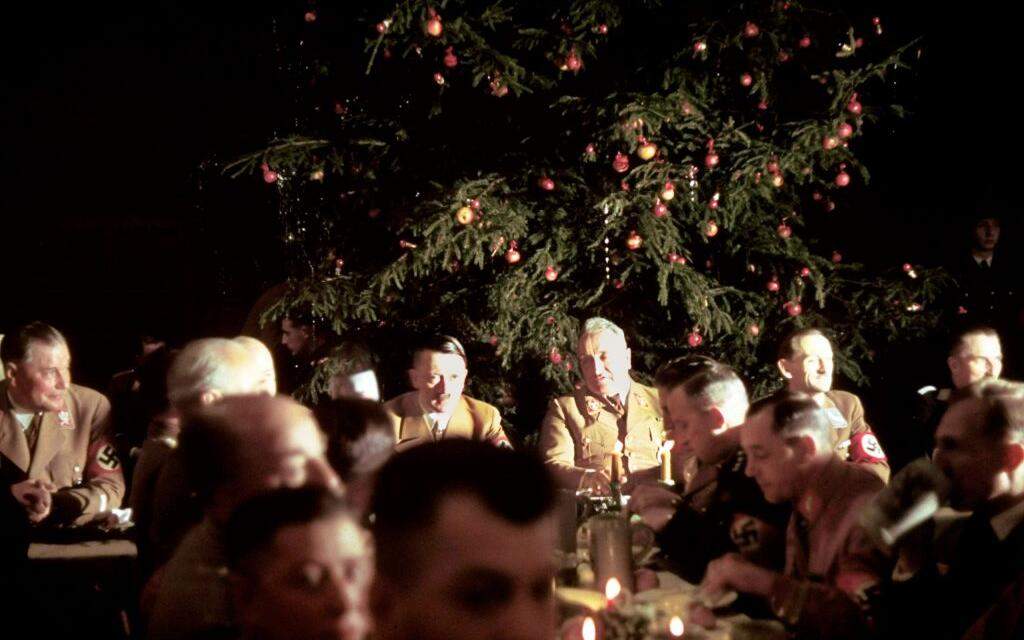 The thesis that fascism is encountered at all extremes of the political spectrum is a key to the extremely interesting performance of Winter Solstice, written by Roland Schimmelpfennig, and directed by Oliver Micevski, which premiered on April 29, 2018, at Théâtre de Cannes Alexandre III in Cannes, France.

Dynamic dialogue, humor, strong characters and an energy that erupts several times during the play reveal an ordinary, intellectual, modern, and liberal family along with its deep frustrations and imperfections. Albert, a writer, and his wife, Bettina, a filmmaker, are not thrilled by the visit of Corinna, Bettina’s mother, who is supposed to spend Christmas night with them. The plot begins when a new, unknown guest comes–Rudolph, a man whom Corinna accidentally met on a train and invited to join them. He is a doctor, polite and well mannered, but very soon we realize that what he actually represents is the essential antipode of everything that Albert and Bettina stand for. And here begins the display of the eternal struggle between the hypocrite liberals (Albert and Bettina) and the sweet-rooted fascists (the guest Rudolph) who hide behind religion and alleged goodness. The idea is fantastic–Albert is here to disperse the superficiality of the liberals, the hypocrisy of a world in which those who supposedly advocate different opinions are ready to fight to the death (literally) anyone who does not think like them. Where did Liberalism go? What has it grown into? Has it ever been what it stood for? All these dilemmas open the host’s attitude towards the strange, uninvited guest with different opinions.

But the point does not stop there. Deliberately or not, the author portrays the sea of prejudice and lies that the fascists have for the liberals as such. In portraying the shortcomings of the liberal world, Rudolph reveals his own limited capacities to combat these real disorders. So the script gets tangled in cheap and poorly presented clichés about the alleged inability of the liberals to build honest relationships, with their spouse, with their parents, as if they have some hidden dissatisfaction with their own lives. It seems that when the fascists have no arguments against freedom, which terrifies them, they always reach such prejudices to comfort themselves that the liberals live empty lives and that they are deeply unhappy and incapable of love. As if love is not freedom in its essence. And the reality is exactly the opposite–it is the liberals who are open in those relationships, at least in front of themselves, and the secrecy of sins falls on the souls of those who preach but live otherwise (Rudolph).

Here another fantastic point is revealed, and that is that fascism cannot and can never be the answer to the weaknesses of the system built by the new liberals. This dance of the two ideologies, which ultimately embrace and become one, is a deep and complex theme. The courage to open it, in the form of a theatre performance, deserves respect. It seems that few see the real picture, and even fewer can see the exits from it. These theatrical attempts to understand, even without offering a solution, are an ideal opportunity for debates in society. This is a play that will not leave you indifferent and will make you think not only about extremism on the political spectrum but also about your own boundaries…and what lies beyond them.