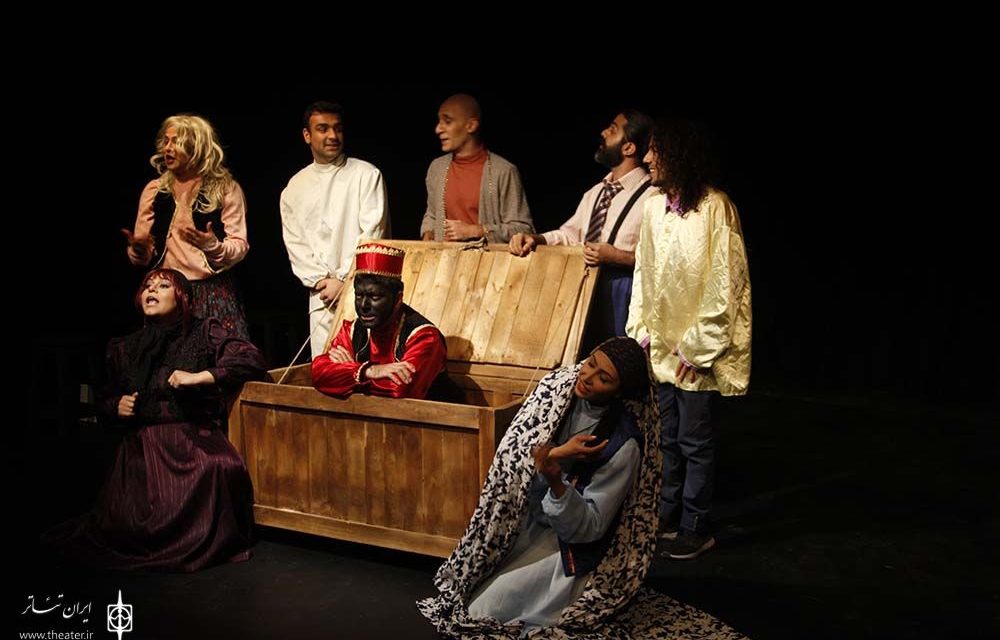 The 18th Traditional and Ritual Theatre Festival was held September 1–6 in Tehran. The festival was organized by the Performing Arts Center and run by the festival director, Davood Fathali Beigy, who is renowned in traditional and ritual theatre. Davood Fathali Beigy is a graduate of the Dramatic Literature program at the University of Tehran and a prominent director, actor, writer, and researcher in the field of Iranian performance traditions and rituals. The festival comprised four categories: (1) Stage Performances, (2) Young Roots Performances, (3) Ritual and Theatrical Performances and Shabihkhāni, and (4) Ghahvehkhāneh Performances (traditional performances in Persian tea houses). 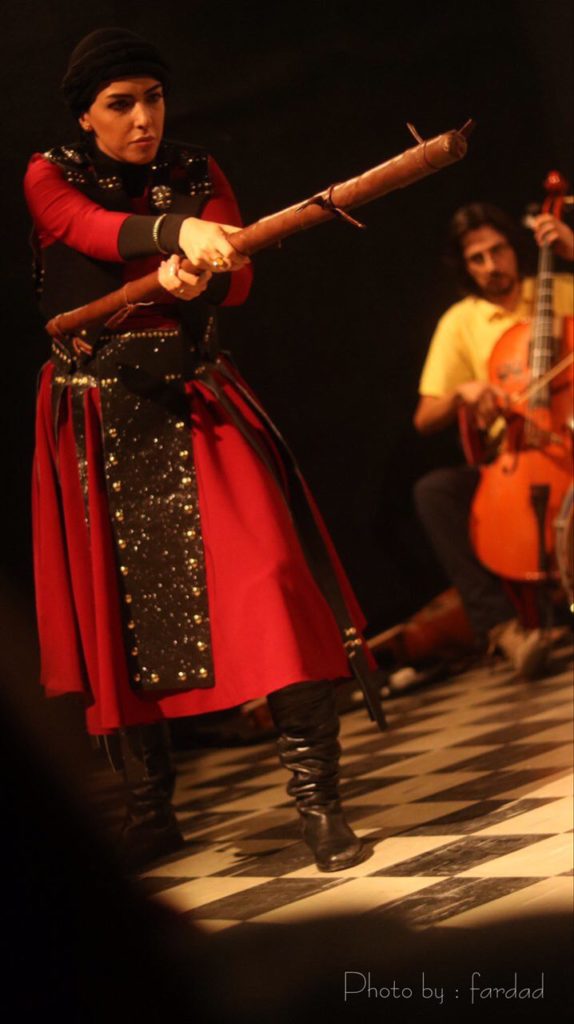 Stage performances consisted of 48 plays performed in six venues, each with two show times, from September 1 through September 5. The City Theatre Complex (including Chāhārsu Hall, Sāyeh Hall, Ghashqāyi Hall, and Performance Plateau), Sangelaj Theatre, Honar Hall, Khāney-e Namāyesh, Hāfez Hall and Mehrāb Hall (the Main Hall and the Small Hall) were salons featuring stage performances. Groups representing various cities of Iran, such as Tehran, Nazarābād (Alborz), Semnān, Zanjān, Yazd, Arāk, Qazvin, Khomeini Shahr (Isfahan), Rasht, Bushehr, Gorgān, Karaj, Bandarlengeh (Hormozgān), Kermanshah and Gheshm performed at this festival and presented their contributions. Thirty-two groups, all presented by Tehran-based theatrical groups, participated in the stage performance section, which is natural because of the centrality and presence of many artists and groups active in this metropolis.

After Tehran, the cities of Qazvin and Zanjān had the highest participation, with two groups each. Bongāh-e Te’ātrāl (Theatrical Enterprise) was one of the works performed at this festival. The performance, directed by Nasim Taji, was staged on the Performance Plateau in the City Theatre Complex at 16:30 and 18:30. The performance, based on the play Bongāh-e Te’ātrāl, by Ali Nasirian, lasted 75 minutes. Nasirian wrote the play 43 years ago and made a film with the same title, directed by Bozorgmehr Rafi’a and starring Nasirian. In this play, Pahlav together with his close servant, Mubarak, and a group of performers, singers, and musicians, go to the palace of “the Witch.” There, with laughter, dancing, and singing, they seek to save the story’s “young man’s” beloved girl, who is under the Witch’s spell and help the young man and the girl to marry. In this performance, Nasim Taji remains faithful to the original text but adds a satirical tone to its theme. Although the script looks back to Iran’s pre-revolutionary period, the director has adapted it to the current situation and social issues in order to make it more tangible for audiences, on one hand, and to criticize today’s social events, on the other.

Another considerable work is Naqhl-e Naghz-e Gordāfarid (Eloquent Speech of Gordāfarid). This play, directed by Rahmat Amini and written by Fawzieh Gharagozlouei, and performed at the Khāney-e Namāyesh showroom, narrates the combat between Gordāfarid and Sohrāb from the Shāhnāme of Hakim Abolqāsem Ferdowsi. It was performed as a monologue, in which the female performer played all the characters of the story for the audience and narrated the story as a combination of traditional Iranian storytelling and Western-style acting.

The Young Roots performances were held in public places such as Student Park, the City Theatre Complex, Sangelaj Hall’s Lounge, and Mehrāb Theatre. These were performed by children and adolescents, in a variety of dramatic forms, including “Kheimeh Shāb Bāzi” (puppetry), “Ritual Plays,” “Naghāli” (storytelling), and “ShabihKhāni” (Ta’ziyeh). These works, which are considered different types of Iranian plays, revealed some remarkable points in their approach to the ritual and traditional plays, and the children showed mastery in playing musical instruments and recognizing the Dastgāh (modal system) of traditional Persian music; clearly, they had been trained and supervised by some great professors and maestros in these fields. Note that recognizing and having relative mastery of the traditional Persian music is a requirement for performers in Iranian plays such as Naghāli, Shabih Khāni, and Kheimeh Shab Bāzi, and in this edition of the festival these children and adolescents demonstrated great proficiency in this area. Therefore, one can hope that the traditional and ritual types of Iranian plays will cultivate a new generation, who can, fortunately, keep this precious heritage alive, despite the business atmosphere and propaganda that have affected this art. The Young Roots Performance section closed on Tuesday, 5 September, with 48 performances from 17 cities. 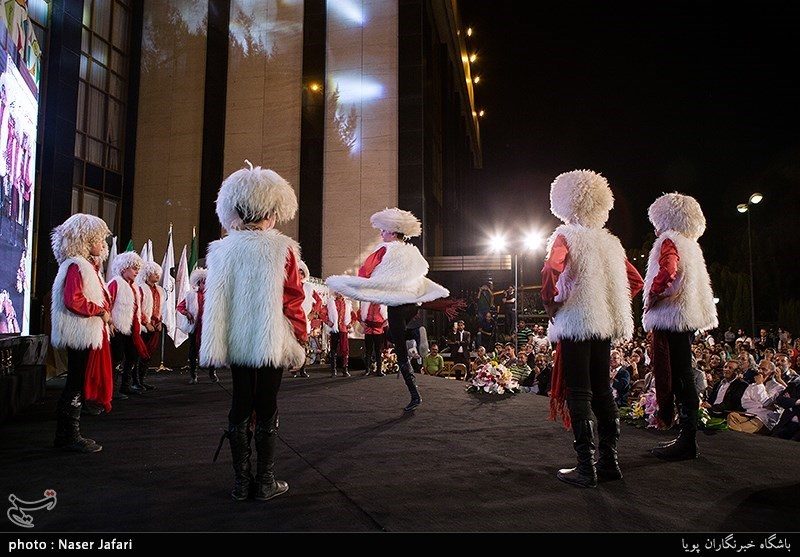 This section of the festival is dominated by cities other than Tehran and featured seven Shabih Khāni plays. Also performed were ritual performances such as Mirnoruzi, which is a celebration of Norouz – the Persian New Year– and plays such as Lāfand Bāzi, which is popular in Gilān. The open area of City Theatre, Norouz Park, and the subway station in Valiasr Square were the sites for these performances.

This section of the Ritual and Traditional Festival included performances that traditionally were mostly performed in Persian teahouses. Vahdat Hall was the venue for this section of the festival, which included percussion music, Torna Bāzi (a.k.a. King and Minister play), Kheimeh Shab Bāzi, musical narration, and Naghāli and Mughām music (an Azerbaijani modal system). Because of the performance-related complexity of the ritual plays, the performer is required to have many skills and much experience, so they were performed by old and senior artists and were warmly welcomed by the audience. The performances included Mohammad Asadi, Percussion Music; Mohsen Mirza Ali and Reza Asemani, Torna Bāzi; Mohammad Ali Delnavaz, from Baluchestān; Mahmoud Farzi Nejad and Saeed Bahrami, from Gilān; Tavagh Sa’adati, from Bandar Torkaman; Mohammad Reza Es’haghi, from Mazandaran; Baghshi Aneh Morad Rastegari and Hasan Tayanlou, from Khorasan Musical Narration; Morshed Mohsen Mirza’ali, Morshed Mostafa Saeedi and Morshed Mehdi Chayani, Naghāli; Morshed Mohammad Ahadi, Pardeh-Khāni; Morshed Abolghasem and Keykhosro Dehghani, Shāhnāme-Khāni; and Mughām music from Gonbad, Gilān, Baluchestān, Khorasan, and Mazandaran provinces were performed.

Finally, and most interestingly, the 18th Ritual and Traditional Theatre Festival coincided with the 6th International Seminar on Ritual and Traditional Theatre, which was held Wednesday and Thursday, August 30 and 31. In this seminar scholars and researchers from Iran, the Netherlands, Ethiopia, Azerbaijan, Portugal, Bulgaria, Canada, and Belgium participated and presented their papers. The opening ceremony of the 18th Ritual and Traditional Theatre Festival was held at the end of the second day of the seminar. The closing ceremony was held on Wednesday, at 20:30, in Vahdat Hall’s open area, with the participation of such distinguished individuals as Ardeshir Salehpour, Mehdi Shafiee (Head of the Performing Arts Center), Dariush Asadzadeh and Davood Fathali Beigy (Director of the Festival).