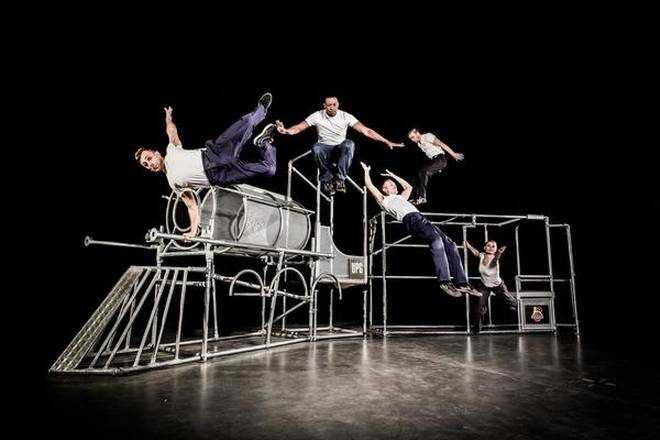 A crowd-funding campaign that has quietly been doing the rounds of theatre circles is now gathering steam. Hosted by the Delhi-based BitGiving, an online platform run by a dedicated set of young entrepreneurs, the initiative seeks to raise funds for the month-long ‘Remembering Veenapani’ theatre festival. It will be held at Pondicherry’s Adishakti, the theatre laboratory that arts doyenne Veenapani Chawla had nurtured in its current location since 2000, right up till her untimely demise in November 2014.

Since then, her team of trusted lieutenants, led by the multi-faceted Vinay Kumar, has kept the space running as a living testament to Chawla’s legacy.

With a little over two weeks left for the funding campaign to end, it is now encouragingly poised at the halfway mark. A total Rs. 5,00,000 have been earmarked for performance fees to be paid to the 12 acts, spread across theatre, music and dance, that will be staged at Adishakti’s intimate performing space over four successive weekends starting February 3rd.

This is the festival’s third edition. One of BitGiving’s previous theatre campaigns successfully raised funds to pay off the electricity arrears of the Akshara Theatre, and also came to the notice of the State government’s culture ministry. The funding isn’t ‘all or nothing;’ whatever amount is raised is handed over to the party concerned, with an applicable charge of eight to ten percent.

Located very near the international township of Auroville, and just next door to KalariGram, the reputed Kalaripayattu school, Adishakti is a sprawling verdant expanse lined with trees. Mud paths lead from one unit to another, each component earthily constructed, replete with thatched roofs and open eaves. The performing space resembles the sacred performing area within a temple, or the koothambalam, and is equipped with state-of-the-art acoustics, serving both traditional and contemporary works well.

Adishakti’s signature training program is called ‘Source of Performance Energy.’ It is a space with an engulfing emptiness that can provide a tremendous energy and scope to create.

The festival’s highlight and opening act is a performance of Indian Steam, an international collaborative project between the U.K.’s Urban Playground (UPG) and the Chennai-based Parkour Circle. It seeks to fuse the exhilarating sport of free running or parkour, with physical theatre and dance.

The Tamil Nadu tour of Indian Steam got underway this week, and should continue till the middle of February. Essentially, the four-week process will transform the UPG’s existing act Steam into its Indian counterpart through a series of theatre residencies with local performers and personnel. The title alludes to a great steam locomotive that will “welcome on board audiences, collaborators, fellow artists, families, and a whole load of young people.” The group maintains a blog where interesting behind-the-scenes nuggets can be accessed. For instance, one report talks of how “all the scaffold connectors made it through customs, so the beautifully powder-coated scaffold is now being bolted together.”

The programming at the ‘Remember Veenapani’ festival certainly comes across as both international and pan-national. Familiar to Mumbai audiences are pieces like Main Hoon Yusuf aur Ye Hain Mera Bhai from the Pune-based group Aasakta, which is based on a play by Amir Nizar Zuabi set in Palestine during the time of the contentious British Mandate. The Indo-German co-production C Sharp C Blunt, which has been sporadically performed since 2013 by the talented Pallavi M.D., is also part of the line-up. Among the relatively newer pieces, Mandeep Raikhy’s Queen-Size continues its prodigious India tour with a fixture at Adishakti as part of a dance itinerary that includes performances by Vikram Iyengar and Sanjukta Wagh.

This article was originally published on TheHindu.com. Reposted with permission. Read the original article.