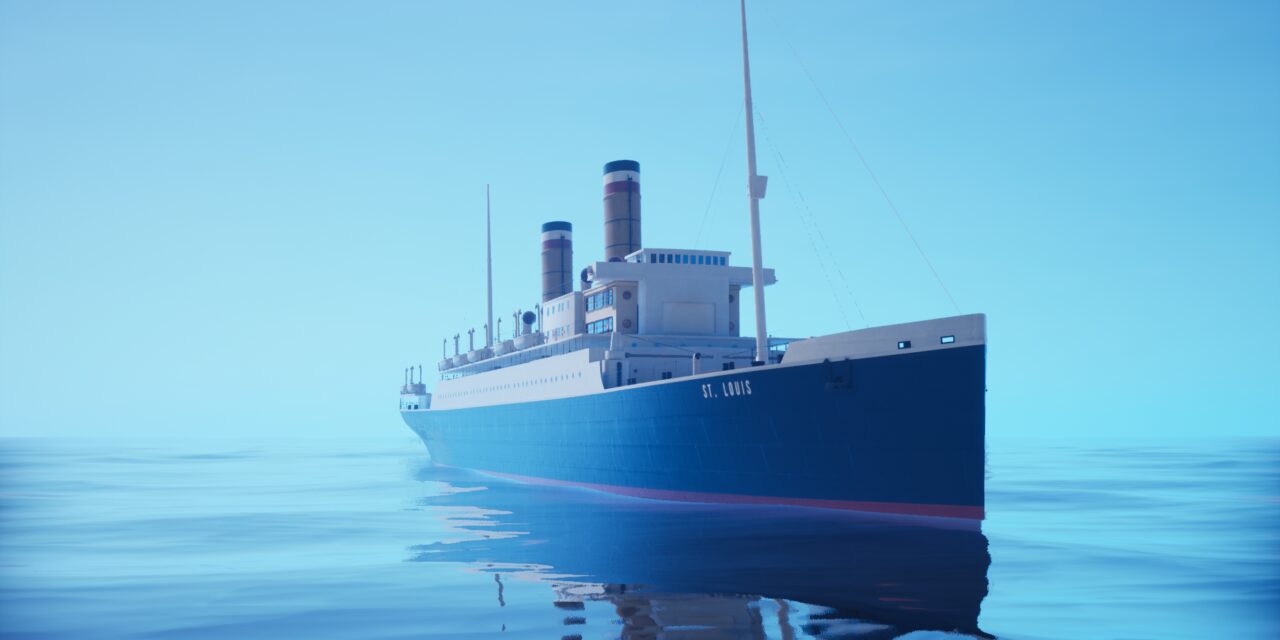 A daring and nuanced documentary virtual theatre piece about Jewish refugees fleeing Nazi Germany for Cuba by means of the M.S. St. Louis—a diesel-powered passenger ship in 1939—is a chapter of world history made real in director Igor Golyak’s new masterpiece, Witness.

The live, interactive performance facilitates the energy of an immigration experience where the audience faces the uncertainties and challenges at sea alongside the characters in the story. It is hypnotic and powerfully evocative.

Leaving behind thriving businesses and homes that were destroyed during Kristallnacht or the “Night of Broken Glass,” the 937 passengers—almost all Jewish refugees—had high hopes of escaping oppression and violence in Europe.

Using stunning visuals and 3-D immersive sound, the voyage of a motor vessel, which left Hamburg for the safe haven of Havana on the eve of the Third Reich ascent to power, can be felt on a visceral level. Golyak explores the means by which the work of art communicates its message:

“What we are using is video-game technology that helps us tell the story and puts it in an immersive way and puts the audience on the virtual boat where they join this voyage of unwanted people. And we do this through our partnerships like Aximmetry, a partner of ours that is helping us from a technological stand point and to implement the virtual environment and to create this immersive environment. They are a major technological partner. And so we are using a 3-D immersive virtual environment. We are also using 3-D sound and we used a technology called binaural microphones with a special type of sound that immerses you into the environment of the ship. The audience will need to use headphones to experience that.” The talent show aboard the M.S. St. Louis featuring Anna, Olga, and Vika in the production of Witness. Image courtesy: Arlekin Players Theatre.

Produced by Sara Stackhouse and written by Nana Grinstein with further scripting by Blair Cadden and Igor Golyak, Witness interprets evidence and examines ideas about how humanity elects to remember its past. The Jewish migration story is born afresh against the background of contemporary attitudes around belonging and self-identity.

The intricate costumes and scenography designed by Anna Fedorova charm the eye and are guaranteed to rouse one’s spirit. Sound designed by Viktor Semenov transport the audience through the challenge.

Set on a sailing ship on the Atlantic Ocean in the digital space, the scenery soothes and invigorates the senses. Eerily convincing, the performance starts out cheerful and serene. Realities are blurred together as passengers—historical figures, actors, and audience alike—find joy on board with the aid of a staged talent show achieved by quirky and lovable characters: Fritz Buff in “Balancing Act,” Liesi and Gisela in “Skating on Glass,” and Anna, Olga, and Vika in “Avengers.” Julia Shikh who plays Fira polished off “Cooked Book a la Russe,” adding an unexpected comedic twist to the lineup. The actor immigrated from Leningrad, USSR to Boston, USA in 1988. After St. Louis arrived in Havana on May 13, 1939, the people on board learned that the Cuban government had invalidated their landing permits. One feels the trouble disembarking in Cuba. In a corridor of the boat hovering along the coast is an isolated group of Jewish passengers. In the act, the actors exchange truths about themselves and come to a new understanding of the relationship between historical events and identity. “One of the ways we that come up with materials that we decide to take on or discuss comes about through conversations with the company. So we had a gathering where we were drinking wine and discussing things that are interesting in both positive and negative ways. We are a company of mostly Jewish refugees. One of the company members mentioned you know with the rise of antisemitism…this was around the time when there was a stabbing in Brighton of a Jewish rabbi. And there was a comment made and he said, ‘so where do we go next?’ And this was said and it was kind of like a joke. And we laughed and laughed at it at that point. But then it kind of stuck with me. And I continue to think about it what does that mean? Does that mean that we actually have never arrived somewhere? That the Jewish refugees don’t feel safe? And I started talking to people about this issue and I started asking them for their perspective. And what I found is a lot of Jewish perspectives seems to be hidden and not discussed. And it’s not a popular conversation point. And that’s why I decided to talk about it,” said Golyak. In order to better understand the way artistic choices direct meaning, Golyak turns his attention to conversations about the lack of safety and the realities of xenophobia:

“The goal of a piece or the questions that we hope to raise that we are raising is that what is, you know the initial question that inspired me of where do we go? where do unwanted people go? Or what do we do now in the light of rising antisemitism is this feeling of you know throughout time, hate for specifically Jewish people has been in the world culture forever. And the realization that this hate continues to exist and that people do not feel safe wherever they are. In the sense of looking for home wherever and building a home wherever they exist is a way for us to connect with everyone and kind of have everyone experience this and have everyone kind of empathize with and realize that antisemitism is in our culture and it will continue and has continued to exist for centuries and it may continue to exist.” Since the governments of the United States and Canada denied asylum, the St. Louis passengers returned to Europe after five weeks of suspense afloat. In June 1939 those people disembarked in Belgium, Great Britain, Holland, and France in the run-up to World War II. In the end 254 St. Louis passengers were put to death in the Holocaust.

Steering the audience’s attention into one probability, Golyak’s contributions to society go well beyond taking a stance when it comes to honoring life. The recognition of chance as an artistic resource is clearly evident. Vital moments of live choice by the audience ensure that each performance will never be the same twice. Performances run through January 23, 2022. 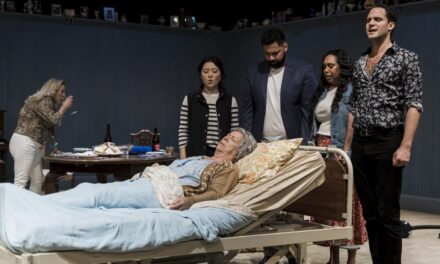