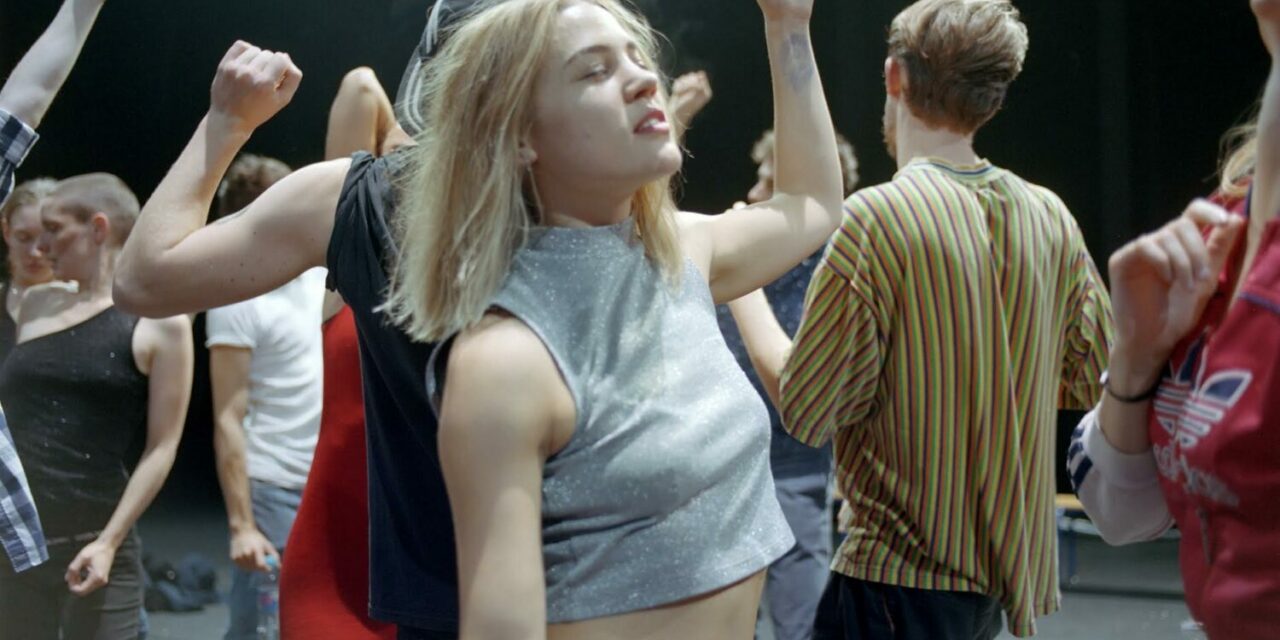 The opening of the annual Dance Umbrella Festival of international contemporary dance in London this year is a distinctly unglamorous rave in a field. The brochure promises a “hallucinatory rollercoaster” and “collective euphoria” but there is no need for the audience to get dirty or sweaty: It is a performance, framed by a proscenium arch and safely contained by the familiar surroundings of London’s dance house, Sadler’s Wells. Crowd by the French choreographer and visual artist Gisèle Vienne, whose UK debut this is, draws on her own experience of the Berlin techno club scene of the 1990s.

The piece begins with an empty stage covered in soil and strewn with rubbish from a previous rave. Slowly, very slowly, a hooded figure makes its way across the dark field, like an astronaut on a spacewalk. Others arrive, recognizable now as clubbers on a mission, equipped for serious partying with backpacks, sensible layers of clothing that can be stripped off as needed, plastic bags with provisions of beer, water, snacks. They move in such extreme slow-motion that every gesture, glance, touch, kiss, moment of tension and hesitation is visible and even the most microscopic shifts in posture and attention are amplified. The effect is mesmerizing. It is as if the senses are sharpened to take in every detail of the hyper-realistic scene. I imagine that I can hear and feel the crunch of plastic cups underfoot, although of course, this is not possible over the loud electronic soundtrack of works by Underground Resistance, KTL, Jeff Mills, Manuel Göttschingand others.

Like a real clubbing crowd, the group of dancers is made up of different characters who are vividly drawn and all have their own storylines and subtexts: There is a scene-stealing party girl in hot pants and sparkly shoes, an outsider stalking the periphery in a parka, a livewire skinhead who seems to cause chaos wherever he goes. What is striking about this slow exposition is its realism and lack of glamour. Instead of a commercialized ideal of enjoyment, there is a feeling of anxiety, tension, and anticipation. Partying is portrayed as a serious social activity, subject to complicated interpersonal dynamics. When a shift in tempo occurs in the music, the group finally begins to really dance. The moment coincides with a lighting change, and suddenly, as faces become more visible, I am struck by how very young the dancers are. They are extraordinarily, almost shockingly, beautiful, but the lack of diversity in body types and skin colors – less evident when the stage was dark – now feels like a missed opportunity. 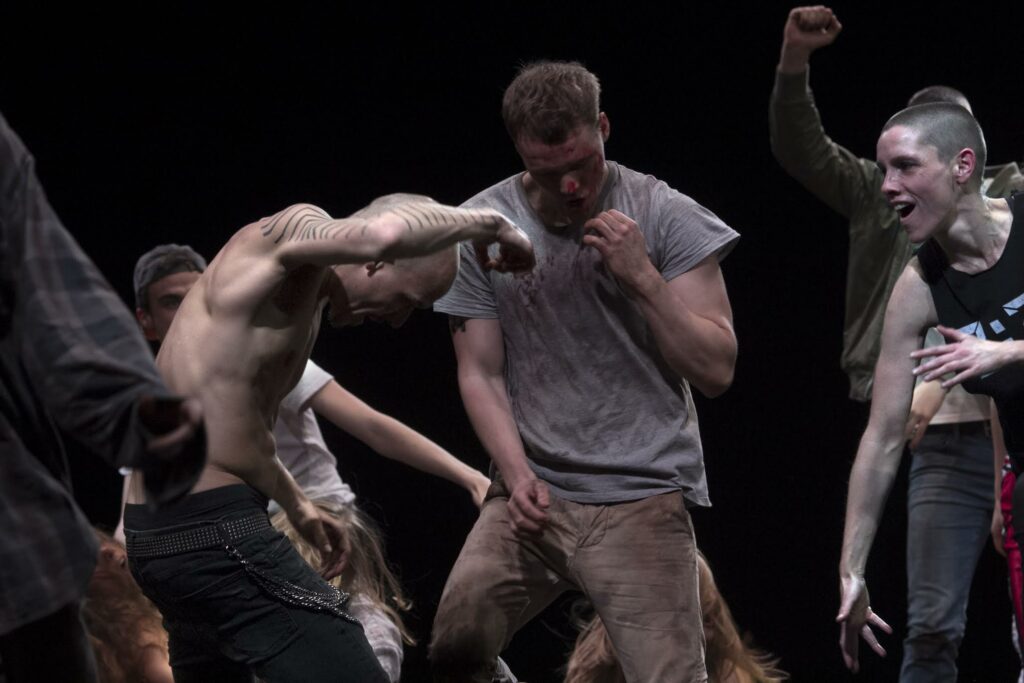 The group coalesces around the liquid rhythms of the electronic music and their movements become more expansive and homogenous as they build to a climax of fast, hard beats. When the music suddenly stops, all the dancers fall to the floor. It is not entirely clear why, but the moment signals a shift towards a different mode of inquiry – away from realism and towards something more internalized.

In previous interviews, Gisèle Vienne has said that she is interested in distorting and altering perceptions of time and exploring transcendental states of consciousness which seems to be the motivation for the slow, dream-like sections that follow. There are long stretches of time without any movement; tableaux in which individual dancers are seen to experience moments of bliss and spaced-out ecstasy. They are interspersed with more narrative sections, again in slow-motion, that portray flashes of abandon and exuberance, intimacy and vulnerability, friendship, aggression and sexuality that occasionally spills over into violence.

The slowness tests the audience’s patience; watching becomes a feat of endurance. It mirrors, perhaps, the point in a night of clubbing when time stops and the outside world ceases to exist. Several people in the rows in front of me decide to use the stillness as an opportunity for a toilet (or cigarette?) break. My mind drifts to another piece with an empty, soil-covered stage, Pina Bausch’s seminal 1975 work “The Rite of Spring”, which also speaks about dance as a vehicle for accessing liminal states of ecstasy and exhaustion. Despite the spectacular and intricately constructed images, I long for more dancing, less stillness, more choreography, less randomness, more theatricality, fewer filmic effects.

The piece ends not with a pounding climax but with a slow drifting away and fading out, as the last two dancers on stage seem to dissolve in the smoke of their final cigarette. Darkness and memories of the night linger for a while longer as if remembered through a hangover or a veil of smoke.

Costumes Gisèle Vienne in collaboration with Camille Queval and the performers 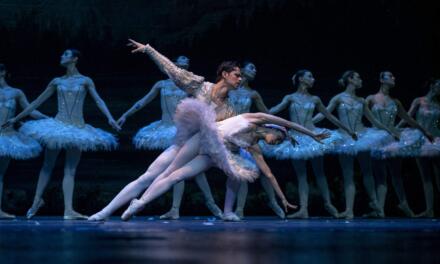