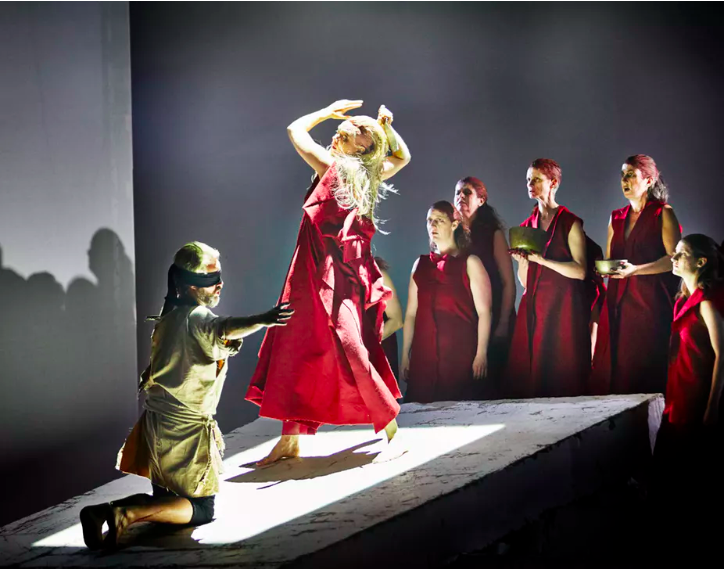 In any Opera History 101 course, Christoph Willibald Gluck  (1714-1787) is cited as one of the most influential figures in the development of opera. And, of course, this is true.

Gluck’s operas, and his collaboration with several important figures in the artistic world of the mid-18th century were crucial for a fundamental change in opera aesthetics and the reorientation of opera back to what was seen as its raison d’être – the representation of drama through music.

It’s surprising that the 300th anniversary of his birth has gone largely un-commemorated in Australia and elsewhere after the glut of Verdi, Wagner, and Britten last year. All credit then to the ever-resourceful Pinchgut Opera, which has ventured where larger companies have failed to go. Their production of Iphigénie en Tauride is currently playing at Sydney’s Angel Place.

By the 1760s, opera had grown somewhat tired with outlandish plots of little relevance to audiences, and a musical style that was essentially shaped by the whims of star singers. As had happened before, and would happen again, singers were running the show and operas had developed into vocal showpieces for the virtuoso singers of the day.

The staple form was Opera Seria, its greatest exponent the German composer George Frederick Handel, and the dominant feature of this form of opera was the da capo aria. These arias consist of two parts, the first part of which is repeated with much vocal ornamentation and elaboration.

Opera needed rejuvenation. Gluck was the man to effect this with Orfeo ed Euridice and Alceste, both works dating from the 1760s. His collaboration with the librettist Ranieri de’ Calzabigi (1714-1795) in Vienna was crucial. A preface to the libretto of Alceste by Calzabigi expressed many of their artistic ideas and thus became a reform manifesto.

In the 1770s Gluck managed to combine a career in Paris and Vienna, absorbing the best of these operatic centers. Paris resulted in probably Gluck’s most important and dramatically effective opera, Iphigénie en Tauride (1779). Based on the familial history of the doomed and dysfunctional House of Atreus, this is subject matter that had been mined extensively in the past and would continue to be right to the present. 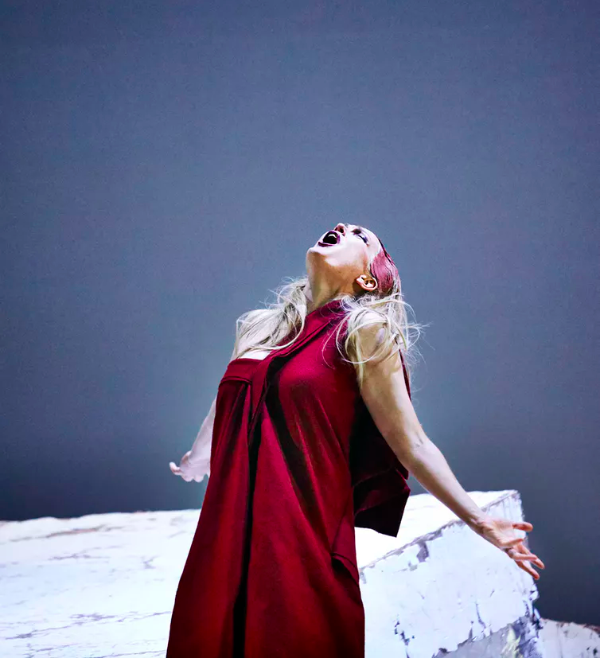 The often surface simplicity, austerity, and directness of this music belies the fact that it requires singers of exceptional accomplishment – and this it certainly has in Pinchgut’s production. Composer Hector Berlioz commented that “to play Gluck heroines it is not enough to have genuine talent – nothing less than beauty and genius will do”.

Conducted with a breadth of conception yet an ever-present sense of the momentum of the drama by Anthony Walker, all of the principals acquit themselves with admirable elegance and sense of style.

In the title role, Caitlin Hulcup sings with a beautifully warm, full, and focused tone, ever attentive to the possibilities of phrasing and shaping the vocal line, and is consistently dramatically convincing and moving.

She is well matched by baritone Grant Doyle who brings incisive and heroic directness to the tormented Orestes. Particularly fine was his singing of Le calme rentre dans mon coeur (Calm returns to my heart). This is an oft-cited moment in opera history: it is regarded as the first major instance of a character being contradicted by the orchestral accompaniment underpinning the vocal line.

When a critic complained about the contradiction between Orestes’s words and the musical accompaniment, Gluck replied: “He’s lying: he killed his mother”. 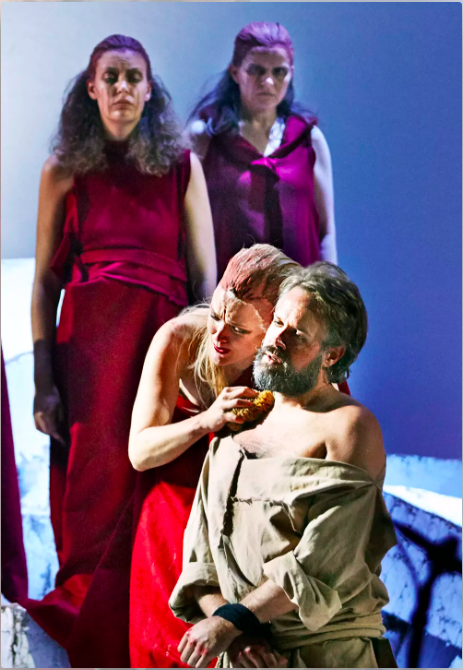 Christopher Saunders had a sweet-voiced, supple and honey-colored tenor as Pylades, just occasionally losing line when under pressure. Margaret Plummer and Christopher Richardson brought intensity and dramatic conviction to their portrayals.

The Orchestra of the Antipodes was full-toned, stylish and attentive to the drama on the stage – it can be a challenge to the acoustic balance having the band on the same level as the singers, but it certainly helps the connection between them.

The fine production by Lindy Hume had all the hallmarks of her outstanding and well-proven ability to get to the essence of the drama of whatever work she is directing. With designers Tony Assness, Alistair Trung, and Matthew Marshall, she made very effective use of what is a difficult space in which to stage opera.

The set, consisting of two white side panels and a pile of broken marble flagstones, effectively conveyed a sense of classicism collapsing. It also provided an effective acoustic shell which greatly helped the vocal projection.

The costumes were a mix of austere maroon sheaths for the Priestesses and Talibanesque black for the Scythians who sported automatic rifles. The connection to the terrible events perpetrated by ISIS and the series of beheadings was perhaps a little too obvious, but that’s essentially what is in the score.

A moment of pure theatrical magic was the final moments of Act Two with Iphigénie’s aria with the Priestesses – simply staged with semi-stylised movements culminating in a beautiful and moving stage picture.

I doubt whether there has been a better opera performance in Sydney this year.

This post originally appeared on The Conversation on December 3, 2014, and has been reposted with permission.