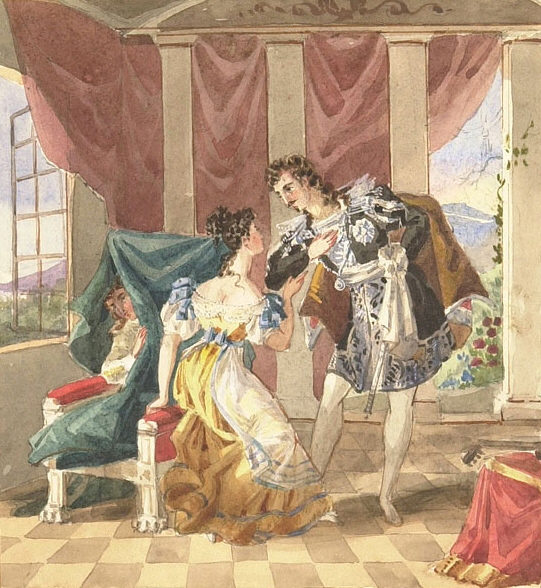 "The Marriage of Figaro" 19th century. Act 1: Cherubino hides behind Susanna's chair as the Count arrives. 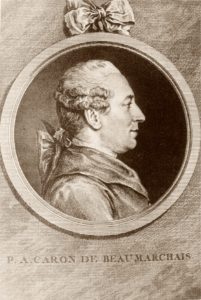 It was on this very day in 1792–August 20–that the great French playwright, Pierre Beaumarchais (The Barber of Seville, The Marriage of Figaro), was declared an enemy of the French Revolution and imprisoned.  It was quite the tumble from his glory days as France’s most celebrated playwright.  At the height of his fame in the mid-1780s, Beaumarchais became embroiled in a nasty little adultery suit with the infamous Mme. Korman.  While he was not the co-respondent, he was a key witness.   Despite his testimony, Mme. Korman was convicted and imprisoned, and Beaumarchais’s reputation was sullied by association.  To assuage the pain of this humiliation, Beaumarchais purchased a sizable portion of Paris’s water supply–a clever little investment… at any other time in human history.  Unfortunately, in July of 1789, the French Revolution broke out and Beaumarchais, with his water supply and his many connections to the French nobility, came under immediate suspicion.  So, of course, he moved into a house right across the street from the Bastille in 1791–which made things all that more convenient for everyone when, on the morning of August 20, 1792, the Revolution came knocking at his door and escorted him across the street to prison.  His confinement lasted all of one week–though I’ve been assured that a week in the Bastille is like a month in Dubuque.  His only lucky break came when he was released just three days before the September Massacre that resulted in the murder of 1200 prisoners by mob action.  To make up for his un-revolutionary ways, Beaumarchais immediately traveled to the Low Countries where he arranged to purchase 60,000 rifles for the French Revolutionary Army.  As chance would have it, the arrangement fell through and, in recognition of his efforts, he was declared an enemy of the Revolution once more.  He spent the next two and a half years in exile, before finally clearing his name and returning to Paris in 1796.  Which just goes to show you that one should never testify in an adultery case if a win is not assured.  And if you do, you should most definitely not purchase a house right across the street from the Bastille during the Reign of Terror, especially if you’re a once-popular French playwright who owns half of the city’s water supply.  At least, that’s what I take away from this story.  Monsieur Beaumarchais never quite recovered from all these revolutionary hijinks and died in Paris in 1799 at the age of 67. 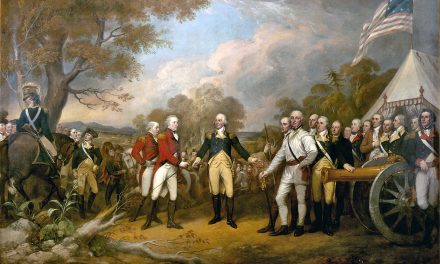 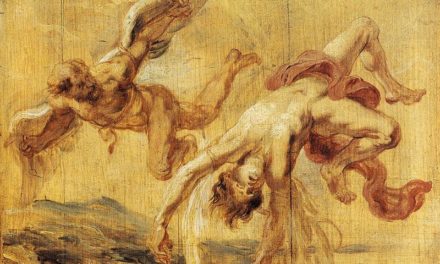