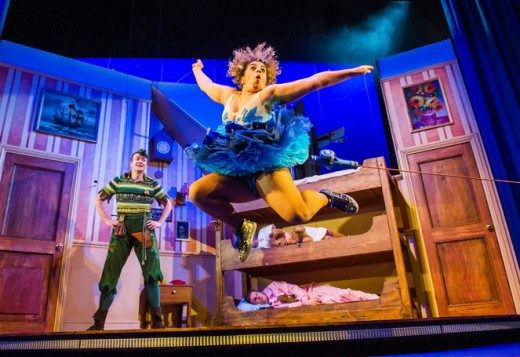 The antithesis of some of the slick, accomplished television premieres of the festive season was provided, quite deliberately, by BBC1’s early New Year’s Eve offering, Peter Pan Goes Wrong.

Based on the stage show of the same name – the latest in the Mischief Theatre Company’s award-winning essays in mounting chaos – it took the form of a filmed production of the JM Barrie classic staged by Cornley Polytechnic Drama Society as part of a BBC community theatre project.

Naturally, the whole point was to see the over-earnest thespian hubris of the egomaniac director/star (Henry Shields) and his hapless cast dissolve in a riot of fluffed lines, collapsing sets, and on-stage elf and safety nightmares.

It was good knockabout physical comedy, given an added boost by the presence of David Suchet as a star narrator, eventually reduced to filling in the gaps as proceedings disintegrated with off-color anecdotes and a reprise of his most famous TV role.

I find a little of this stuff goes a long way, but whenever things looked to be getting too same-y Shields was a reliably ludicrous beacon of wounded vanity, summoning up the spirit of John Cleese as Basil Fawlty in his escalating rage at inanimate objects and audience ridicule. Despite his infuriated insistence that “it’s a traditional vignette!” this was a prime slice of very British silliness to round off the panto season. Oh, yes, it was! 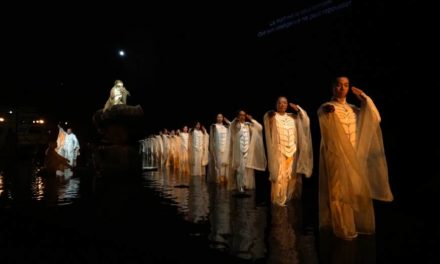 Satoshi Miyagi Makes History on a Stage in France with “Antigone”