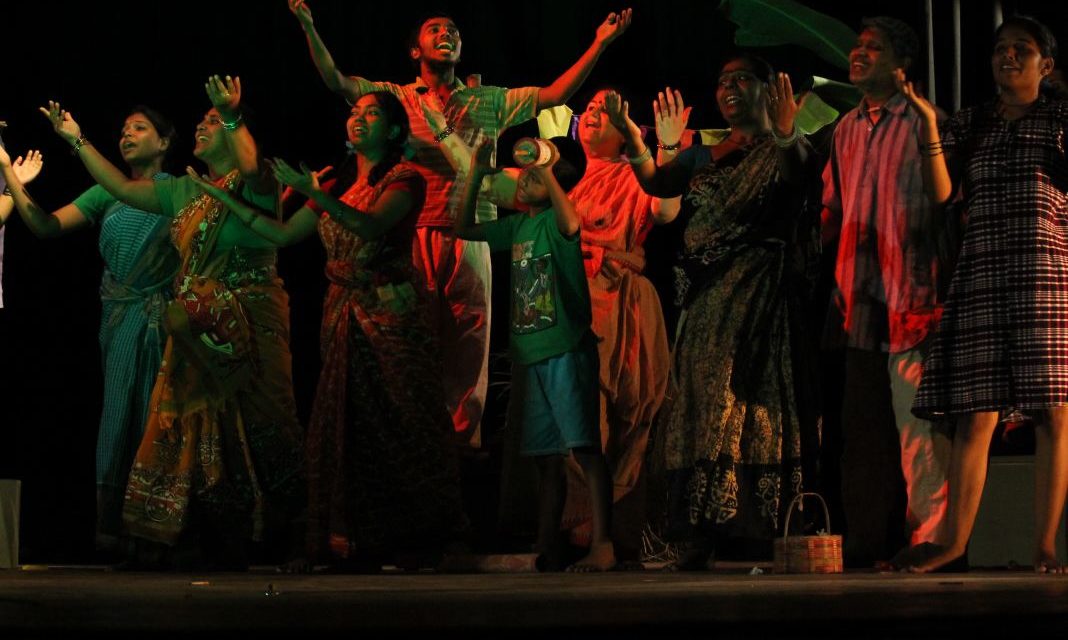 The dramatic performance of Pot Pot Potuya (at Dinabandhu Mancha, Siliguri, December 2015) shows the active involvement of the actors with the characters in the play. The play’s theme, as planned by the playwright-director Partha Pratim Mitra, ranges from the colonial, microcosmic co-existence of the potuya (a group of painters who paint the goings-on of their society on an earthen plaque) community in the outer sphere of a macrocosmic society, to the women’s oppressions, to the plagiarism of artistic representations by powerful societies. The life of the potuya community in the Potuyasari village in Midnapore is not easygoing. But its members try to keep alive their characteristic artistic performance of etching stories with natural colours within a framework. They draw, and narrate the stories in ballad-like songs.

People who hate power-hungry pursuits in day-to-day life come to learn the art, but whatever they learn gets reflected in mere imitation. The mimetic representation of a story which is also a mimesis of the outer world brings Lacanian cultural code into play. The power-play of a bigger society from outside and the community’s leaders is always at work, driving the art form to extinction. The culture within a big cultural format is fighting for its existence against the discriminations of society. The society cannot protect a girl from that community. The play ends with the need of a ‘jompot,’ an elegiac representation of a corpse which is ritually finished on the day of the funeral.  The finesse and the minute details of the play are proof enough of the experience of the playwright; along with the acting on stage, it ushers in a new outlook on a colonial culture. 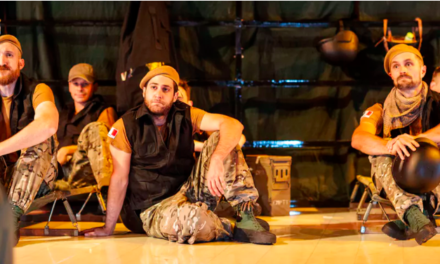