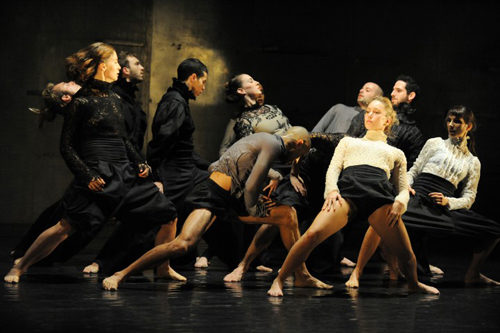 Sometimes the weather simply won’t cooperate. Between a state-wide blackout, monsoonal rain, and the worst winds ever, Adelaide’s OzAsia Festival, which run in October, faced a bumpy ride in its tenth anniversary year.

For some, this meant missing out on Japanese choreographer Hiroaki Umeda’s pixelated video storm in Split Flow and Holistic Strata, canceled amid actual howling gales and pelting rain.

Yet despite the meteorological conditions, the festival was a convincing celebration of the vitality of an Asia of which Australia is increasingly a part.

For us, six performance works stood out for their bold placement of the body center-stage: Softmachine Rianto, an Indonesian-Singaporean dance and video collaboration; Skin, a challenging work from Malaysia on human trafficking; Cambodia’s Phare Circus, in which performers perform the seemingly impossible; As If To Nothing, a Hong Kong dance piece on the mutability of memory; Twelfth Night, a Hindi version of Shakespeare’s beguiling gender comedy; and Vertigo 20, an astounding blend of previous work by Israeli choreographer, Noa Werthheim.

Softmachine Rianto, directed by Singaporean Choi Fa Kai, features the kinesthetically brilliant and versatile Indonesian dancer Rianto. Each of Rianto’s dance sequences was followed by a self-revelation, conveyed through direct address to the audience and snippets from Choi’s documentary on the dancer.

Rianto entered the stage wearing the refined female face mask used in Javanese topeng, enacting the dance of a princess pining for her lover. At first, the point seemed to be just seeing a strongly gendered female role danced by a man with such precision. Yet successive segments asked us to question how gender is presented both onstage and in real life.

We saw Rianto, variously, as a sexy woman in a popular Javanese dance form, a brilliant contemporary dancer, and a male dancing sensually for an audience of men. Along the way, we learned that he works in Japan, is married to a Japanese woman, and lives a life as complex and fluid as his dancing suggests.

Skin, by the Malaysian collective Terryandthecruz, placed the audience in the stage work itself. Malaysia, currently home to more than 90,000 refugees, is a significant destination and transit point for human trafficking in the region. Rather than showing us “the plight of the refugees” and seeking a “sympathetic” response, the show put us in the skins of those being processed at the hands of strangers.

Patrons assembled at a pre-arranged point and filled out forms that ominously released the producers from any liability, and asked participants, now in the role of refugees, to assess their looks, intelligence, tax contributions, and willingness to learn the Malaysian language.

All personal effects were surrendered before we reassembled in another building to be interrogated individually, then arbitrarily placed into two groups and prohibited from speaking. One group was singled out for harsher punishment and provided with yellow blindfolds. A single individual was escorted from the building wearing a red blindfold.

Both the yellow and favored “green” groups were led into a shipping container, and faced a large opening. The wall of an adjacent container then opened, revealing a stark, white tiled room. Three dancers presented abstract, yet emotionally resonant images of bodies experiencing privation, abuse, and pain. The container filled with bodies, sometimes swallowing up the solo dancers, pulling them back into the undertow, appearing to devour them.

Further details are best not revealed here, as Skin is likely to tour around Australia next year. Though it exposed us to the experience of human trafficking in ways some might find confronting, the audience debriefed in a safe space before returning to the “real world.”

The exuberant and gravity-defying antics of Cambodia’s Phare Circus, presented in the Festival’s pop-up Ukiyo Tent, provided a welcome counterpoint to Skin’s provocations. Drawn from graduates of Cambodia’s Phare Ponleu Selpak Circus School, the company are among the first generation of circus performers to emerge following the genocidal Khmer Rouge regime and the near-total extermination of the country’s artists. Phare is a success story, with a permanent home in Seam Reap and road companies touring internationally.

This tight, conceptually integrated, spare production featured eight performers, two musicians, and a visual artist who created three works on canvas while surrounded by a riot of rhythm and movement.

The performance is heavy on human pyramids, tumbling, and death-defying balancing acts held together by a percussive musical score, playful interaction with the audience, and clowning. It was a reminder that the trained human body is an amazing machine, capable of communicating across cultures by the simple act of moving.

As If To Nothing

Similarly dynamic was City Contemporary Dance Company’s As If To Nothing, by choreographer Sang Jijia. Searching for the right phrase to describe this production – because what’s art without a label? – we settled on “neo-Modernist.”

It still isn’t right, but it conveys something of the moral seriousness and skill of this contemporary dance masterpiece, which banished superficial cleverness and self-reference to the rubbish bin. A large, white fabric cube in which a cross-section of interior white wall and a corner window were wheeled around from position to position provided the only set design.

The company of a dozen dancers was relentlessly energetic and precise. Rarely has a visual projection, which hogs the eye-in-live performance, been used so well. In part it was because the images repeated the dancers’ movements, working as visual amplification but always returning us to the true locus of attention – the bodies of the men and women wrapping and warping around the space.

The floor was a smooth white, and the actors wore socks. This choreography was a glissando, and the control required for a high-energy show was considerable.

Yet, as with Softmachine Rianto, bravura display was not the point. Instead, in true Modernist spirit, what came across is a sincere exploration of emotional depth: attraction, relation, sex, anxiety, need, the madness that lurks beneath the surface of everyday life. The show had the courage to end on a downbeat note, confirming the integrity of vision that ran throughout.

Twelfth Night by the Theatre Company Mumbai, in the loosest but the truest of Shakespearean adaptations, was an anarchic ride into inter-cultural mayhem. We saw it at a schools’ matinee, and the match between the Bollywood energy of the cast and the expressive bent of the audience (to be polite) was perfect.

In a blend of Hindi and English – there are subtitles but one barely needs to glance at them – the show rollicked through the classic oh-my-God-I-thought-you-were-a-bloke-yet-I-found-myself-strangely-attracted-to-you-anyway fable using a mixture of slapstick, song and dance, infectious audience interaction, and lots and lots of color.

Most of Twelfth Night’s plot was paraphrased, transposed, or satirized by actors who stayed on stage throughout, sitting at the back and regularly erupting like a rowdy family. Each one has unique skills: this one a dancer, that one a singer, that one a comedian. Yet all of them were all of these things too, which made the production even better.

The show had its moments of calm and emotional stillness, and they were beautifully effective. The last song of “eternal spiritual search” was one example, which off-set the high-fives energy to communicate the deep humanity of Shakespeare’s original.

Vertigo 20 by Vertigo Dance Company is described in its program blurb as a “weav[ing] together [of] twenty years of Vertigo Dance Company’s creations,” which understates the brilliance of a piece that is not so much defied expectations as inhabited a liminal zone permanently outside them. This is only partly a metaphor.

A company of 11 dancers moved in a low-walled, grey-shadowed rectangular space with ledges jutting out at waist and shoulder height. The choreography had the assured precision of a dream whose meaning lies just beyond conscious grasp. Patterns constantly asserted themselves yet, just as they appeared to solidify, transformed into other patterns. A group of men became, suddenly, a group of women (how?) A group became a pair; a pair became a line; a line became a cluster.

The basis of the work was the fractal, and the dance overall was a sort of human Mandelbrot set, waves of movements cresting and transforming in the blink of an eye into other movements. There were no beginnings or ends, just a single stream of physical adjustment – falling, leaping, swaying – in sequences that were an uncategorizable blend of the mechanical and the organic.

This show was definitely not a “best of” from past works. This was Noa Wertheim and her dancers actively engaging the act of memory. The piece had the cognitive immediacy of a firing synapse. At the end, we wanted to see it all over again.

The festival sported a wide variety of satellite activities. Anchoring them was the Good Fortune Market, a groovy mini-precinct created on the banks of the River Torrens. On offer were everything from the hipster fusion sounds of Hong Kong band SIU2 and the retro-psychedelic funk of the Cambodian Space Project, to Japanese okonomiyaki (pan-fried batter and cabbage), possibly the world’s most comforting comfort food.

As the OzAsia Festival enters its second decade, both the Asian region and Australia’s relationship with it have changed. No longer can the festival be seen by anyone as a showcase for ethnic exotica and performance heritage.

In creativity, accessibility, skill and daring, the productions on offer embodied an energy and imagination comparable to, and at times exceeding, anything prestigious European-focused international festivals might present. This is to be welcomed. Far from losing itself in a sea of globalized mediocrity, the best of live performance from Asia retains an indefeasible identity while responding to cultural influences from all over the world.

By Julian Meyrick and William Peterson 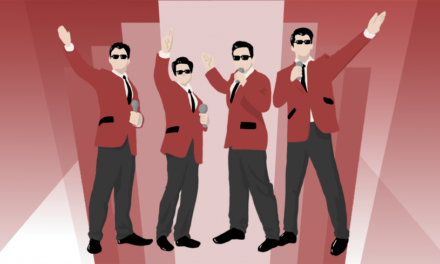