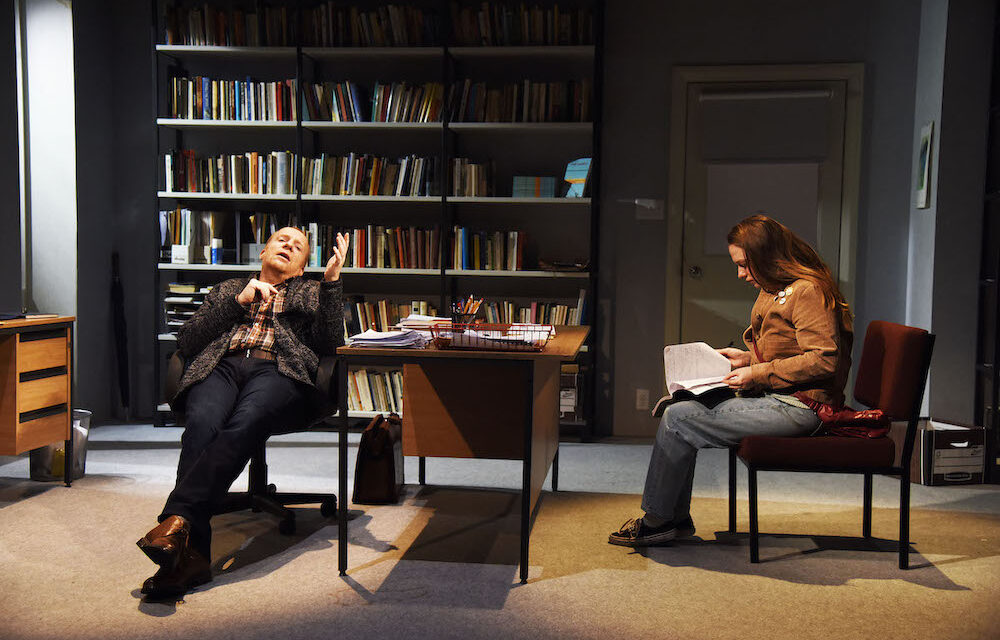 Before seeing this play, I decided to eat a steak. I thought I needed some extra strength. And it seems exactly the right culinary equivalent to David Mamet, one of America’s most provocative and, at times, especially past times, red-blooded writers. This 1992 play, which had its British premiere at the Royal Court a year later — when it starred David Suchet and Lia Williams — now arrives in the West End from Bath’s Theatre Royal. Oleanna was one of the most controversial dramas of the 1990s, and its ending — when audiences routinely cheered an older man’s violent assault on a younger woman — showed the power of theatre and its ability to polarise debate often, although not always, on gender lines. In the #MeToo era, does it still retain this electric charge?

Like Amy Berryman’s Walden, which had a short West End run earlier this summer, the title Oleanna evokes a particular aspect of the American Dream — the idea of a perfect society. (“Oleanna” is a Norwegian folk song, popularised in English by Pete Seeger, and critical of composer Ole Bull’s utopian settlements in 1850s Pennsylvania.) For Mamet, the American university — and especially the politically correct students who have been confronting their trad-minded professors now for decades — is an equivalent site where progressive ideas have gone sour. Set in an academic’s study, his play is a two-hander about an escalating dispute between John, a college professor, and Carol, one of his students.

Over the course of three meetings, John, who is disillusioned with the educational system and more concerned with buying a new and bigger house for his wife and son, as well as securing tenure, is initially over-friendly, in a patronizing way, with Carol, who comes from a poor background and cannot understand why she is failing. At first, she is confused by his cynical mansplaining, but gradually, through her membership of a radical group, she acquires more force, and grows in confidence, making a feminist critique of John’s behavior. And she reports him to the authorities. Which threatens his chances of tenure. In response, the professor becomes increasingly incensed and — when he hears Carol’s final demands — overtly aggressive.

Mamet’s conception is that both John and Carol are caught in a classical tragedy: they are both right, but their points of view are incompatible. And, of course, they are also both wrong.  Traditionalist Carol wants to be taught the facts, what is right and what is wrong; postmodern John believes that right and wrong are relative. At first he has all the educator’s power, but slowly Carol acquires the intellectual tools — in this case a feminist ideology — to confront him. Mamet further twists the screw by giving Carol increasing transfusions of quasi-evangelical fervor, making her a beacon of political correctness. Although both characters are powerfully imagined, they are also both flawed.

In the context not only of #MeToo, but also of the so-called cancel culture and woke ideology, this argument about intellectual freedom and good behavior still retains a strong charge. Everything in Mamet’s vigorous dialogues seems fresh: the professor who shows off and bores you with anecdotes about his life; the furious student who learns how to stand up to authority. Does intellectual freedom mean that those in positions of authority have the right to belittle other people? In the end, the power shifts from him to her, and she has the chance of educating the educator. But, at the same time, the explicit question of what is a good education, and who can deliver it, remains unanswered — neither the pompous professor nor the student rebel has the keys to utopia.

Of course, Mamet’s special subject is masculinity. Here, however, his portrait of John is more lamentable than laudatory. Self-regarding, complacent, careless about his vocation and disrespectful of normal social boundaries (how the rebels of yesteryear stumble over the basic courtesies of today), he acts like a fool when Carol expresses a real problem: his teaching style is too abstract and too unclear. Believing himself to be a maverick, he tears up one of her papers in front of her eyes, and offers to give her a straight-A grade if she listens to him talk. (Teachers, don’t try this approach.) By contrast with this entire believable characterization, Carol is more of a cipher, more of a metaphor than a flesh and blood woman. She is a symbol of the modern male’s anxiety: a questioning woman who calls out masculinity’s defects. It is not her PC badge that matters, but her burning desire — convincingly realized — to question male authority and to record her hurt. She is the new.

The great thing about Lucy Bailey’s 80-minute production, designed by Alex Eales, is its sense of balance. And I have to say that it changed my mind about the power relations in the drama. On previous occasions, I was certain that Mamet was more sympathetic to John than to Carol; now I’m not so sure. Bailey, and her cast — Rosie Sheehy and Jonathan Slinger — manage to make the characters equally troubled, and both equally wronged: through quietly convincing and unflashy performances, with a fine attention to emotional detail, they convey a sense that each of them is both perpetrator and victim. Both are equally emotionally grounded, and the final explosion of violence is deeply disturbing. Speaking of disturbing, I was surprised to see that this venue has few anti-COVID restrictions. I only hope that my steak gave me extra immunity.

Oleanna is at the Arts Theatre until 23 October.

This article was originally published by Aleks Sierz and has been reposted with permission. To read the original article, click here. 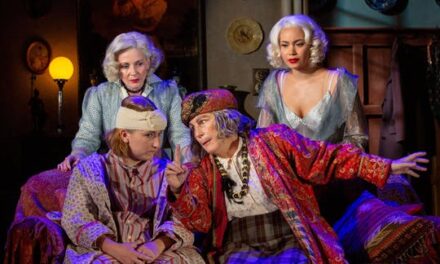 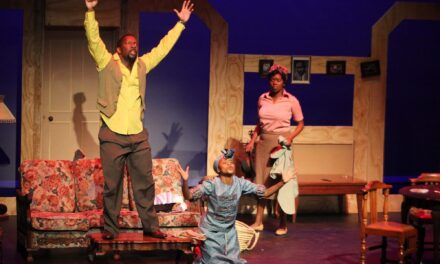