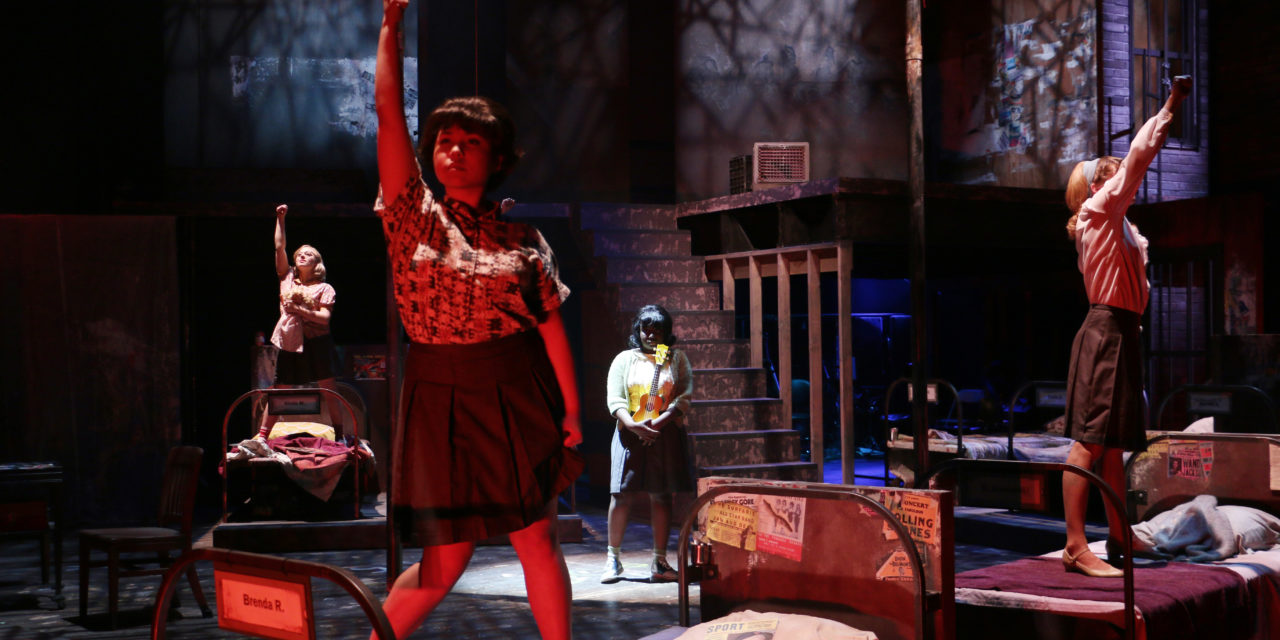 The proscenium stage of the Playhouse has been converted into a black box, and as you take your seat walking through the stage you already feel like you are inhabiting a different world. The feeling is slightly unsettling, the walls are dark and dirty, with peeled off posters and pictures from the people who once called this place their home. This is juvie hall.

Joe Iconis’ new musical Love In Hate Nation has been specially commissioned for this very stage. It is the world premiere of a musical that has been in development for over a year.  The very first of Penn State Musical Theatre’s New Musicals Initiative program, it starts the year with music that has you humming for days to come.

The show is set in 1962, at a time when having your eyes closed to what was happening in the world was beginning to be problematic, bordering on delusional. The American people could no longer turn their eyes from the mistreatment of black citizens, and young people were beginning to question the paths that had been determined for them by society. Women no longer wanted to wait at home for their husbands with a Cran-Apple Banana Betty with Fruited Gelatin Whip at the table. Groups of men and women were starting to fight for gay rights. Society was about to leap forward and standing at the edge of the cliff are six extraordinary women screaming, “Revolution to the institution!” 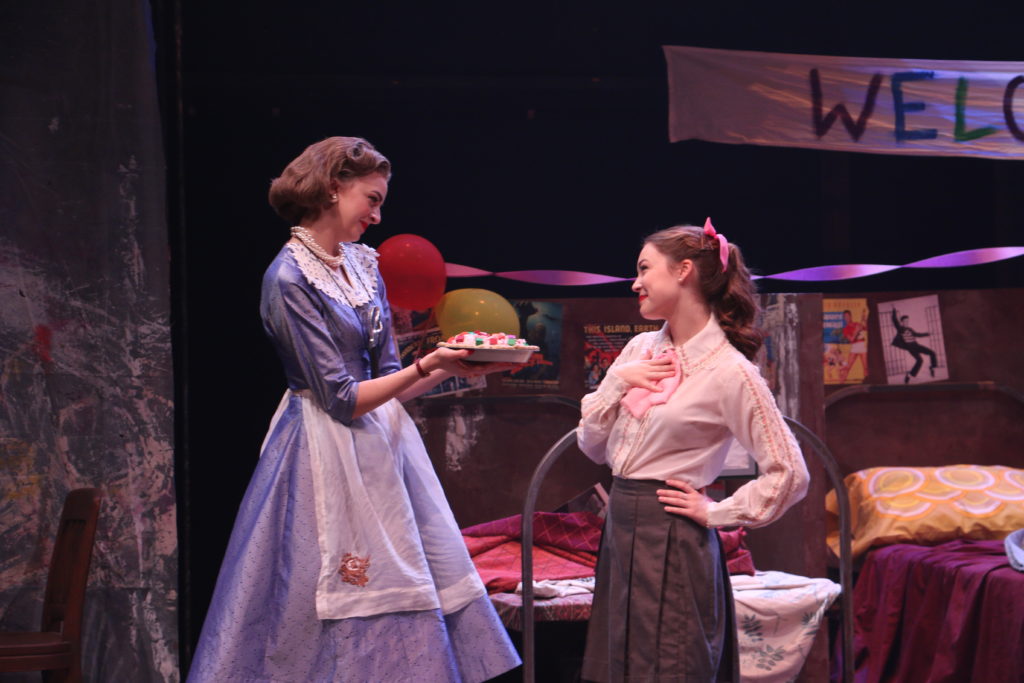 This production is the first of hopefully many stagings across the nation. I would definitely go see it again and again and get every subtle note hidden in the lyrics. The entire run was completely sold out weeks before it opened with 7 performances and 2 previews. 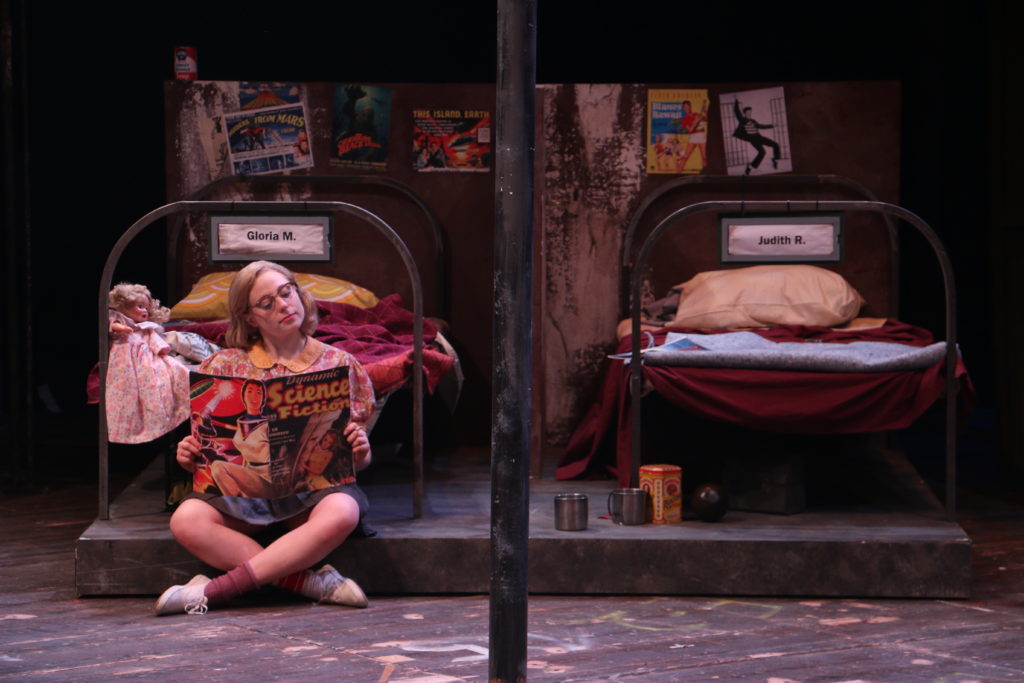 The story follows Susannah Son as she wrestles with the turmoil of being a closeted lesbian in an unsupportive family. She gets sent to The National Reformatory for Girls, or “Nation” after she tries to take her life. At Nation, she meets these six, very strange, very peculiar group of women. They have been sent to juvie for a variety of reasons: general destruction, theft, sexual deviancy, impersonation, self-harm, but above all for not acting in the way society expected them to behave. 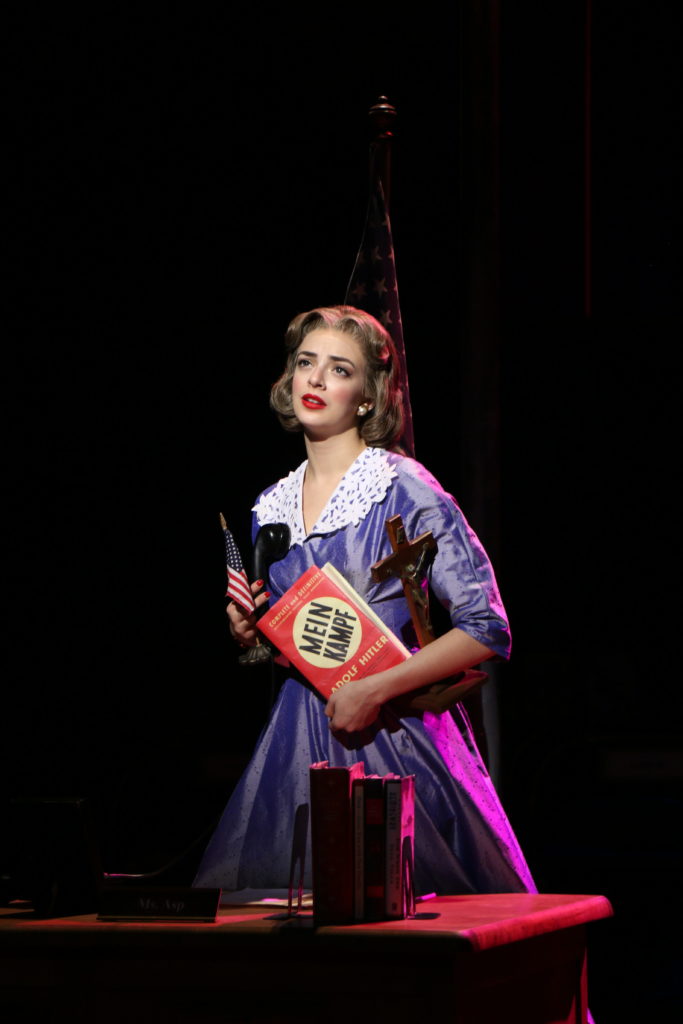 Running Nation is Ms. Asp. Her sole purpose in life is to cleanse her world from the very girls that are in her charge.  She is terrifying. Her maniacal behavior is at times so demented that you begin to wonder what it would have been like to encounter a person like this in real life. Her motives are based on her beliefs that gays are deviants and a menace to society. She makes fun of the girls, locks them up, plays with their feelings, takes special care to destroy their souls, all in the hope that they can be broken, conform to the norm and renounce who they are. If she sees that she won’t be successful, then electroshock therapy will keep them away from the world forever. As she moves around the space, she has a presence that just makes you take a breath and forget you are not stuck in juvie with her.

Susannah falls in love with one of the girls, Sheila Nail. It is a slow-paced romance; it doesn’t feel forced upon us. Susannah looks at her and is immediately attracted to her, Sheila on the other hand slowly coaxes Susannah out of her shell. Their theme song Sha La La is gorgeous and sweet. As the musical moves forward, Susannah learns to accept who she is and who she loves, the music between them becomes more poignant. Every Sha La La becomes more meaningful, and an infatuation becomes love in front of our eyes. 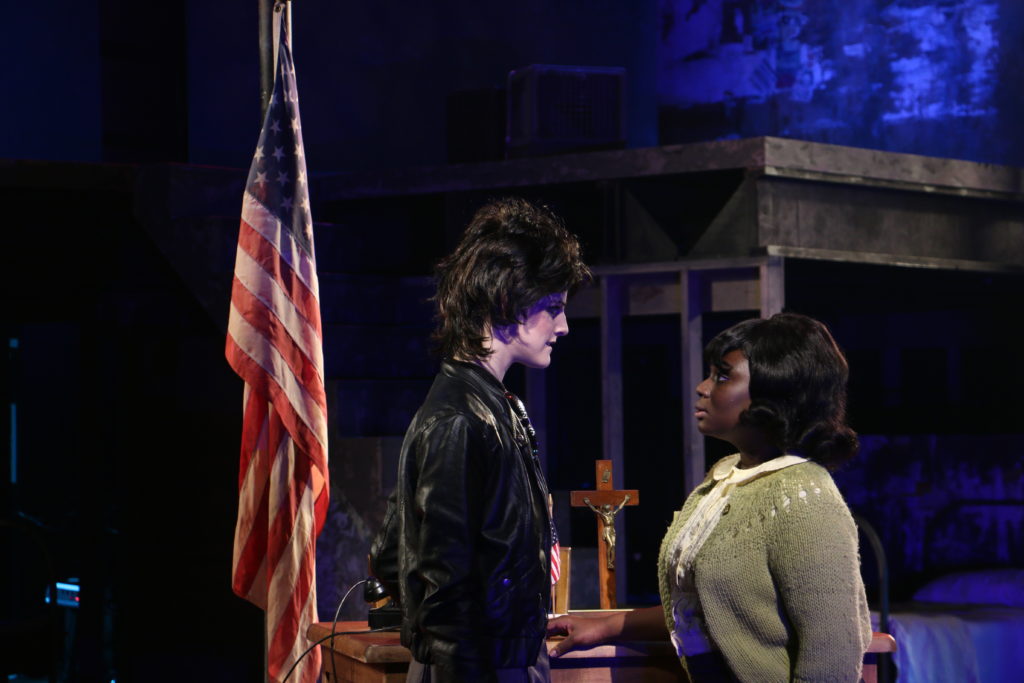 The characters on the page sound cartoonish, but the work put into them by the director and the actors is extraordinary. Each actor knows their character and motives. They take the girls off the page and make them fleshed and flawed, you feel for each of them and they all get their moment to shine.

With a sense of desperation, we cling to the idea that the girls can get out of their situation, that they can get out of Nation. To get a happy ending to the story, they would have to be in a very different time. I will just say that every second that they get closer to escaping Nation and their current situation, we in the audience are at the edge of our seats stomping our feet with the beat of the Revolution song. 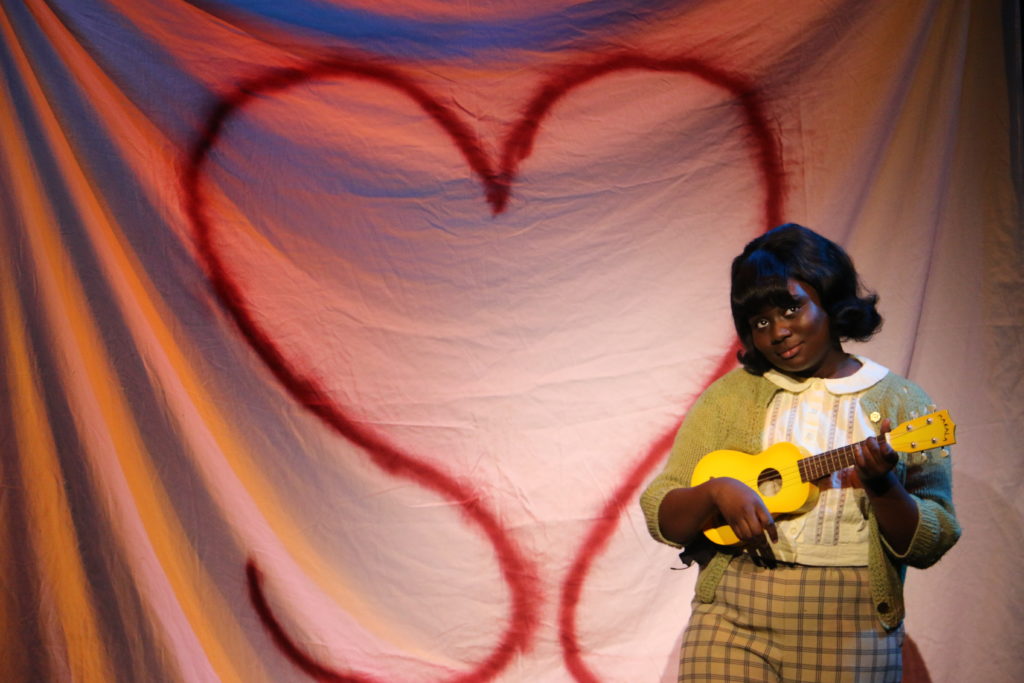 An example of the extraordinary music composed for the show can be heard in this clip from their presentation of The Three Fail Escape Attempts Of Sheila Nail and Revolution Song in 54 below in New York at the beginning of last year as the project was being workshopped.