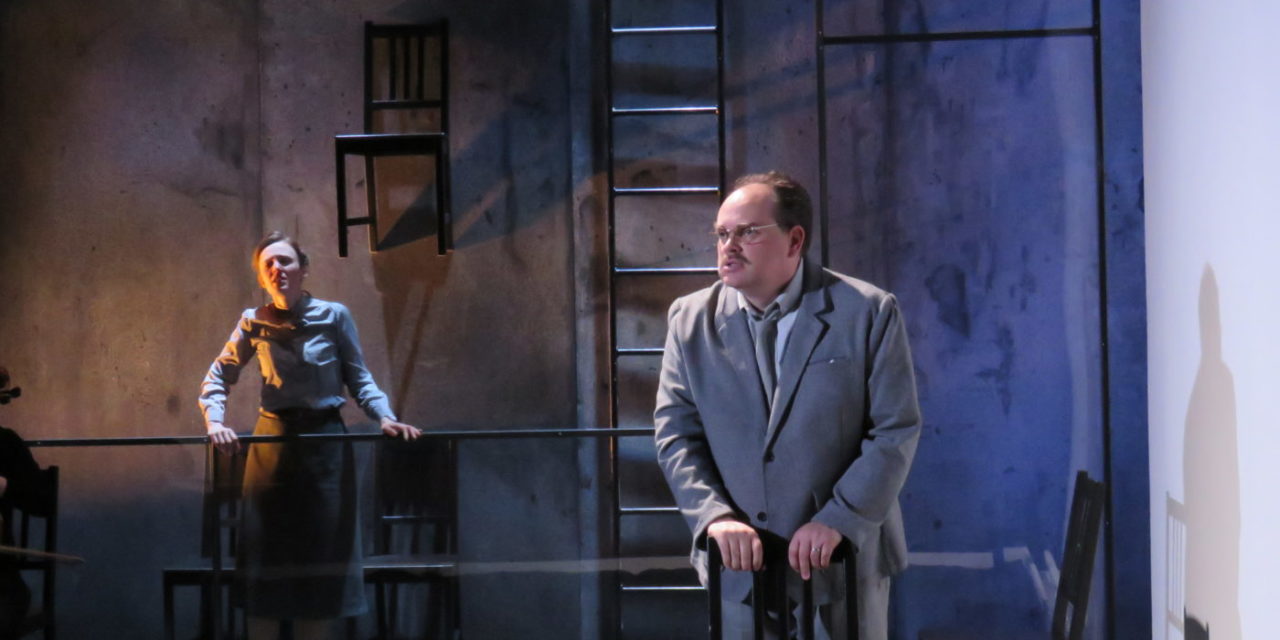 It was like the Dreyfus Affair. The Sacco-Vanzetti Trial. Any of those singular moments in history that polarize public opinion, which catapult the guilt or innocence of the few into notoriety.

Enter the Rosenbergs. In the 1950s, at the height of Cold War paranoia, the fate of Ethel and Julius Rosenberg drove the left to see a government wielding totalitarian authority, and drove the right to find “commies” in every closet.

That’s the story being told in The Rosenbergs (An Opera), a once timely subject now in the political past, and the focus of the very first opera ever produced by the Boston Playwrights’ Theatre.

Dmitry Troyanovsky directs the work, which was written by Danish composer Joachim Holbek to a libretto by Rhea Leman, and premiered at Den Ny Opera in Esbjerg, Denmark in 2015. The Rosenbergs (An Opera) runs at BPT’s home on Commonwealth Avenue April 12 through 22, and has a second staging at Brandeis University April 27 through 29.

Neither Holbek nor Leman may be well known to American audiences, but they have collaborated on multiple theater and film projects — mainly in Denmark — for more than three decades. “It’s taken me some years to get this project going,” says BPT artistic director Kate Snodgrass. “I’ve known about the libretto for a few years, and Rhea and I have worked together before. I’d like her to be as well known in North America as she is in Denmark.”

Holbek’s score reflects his various stage backgrounds. “As a composer, Holbek crosses genres like film, and theater and opera,” says Troyanovsky. “We hear all those influences in this score. There are elements of musical theater, but it’s closer to Kurt Weill than it is to Gilbert and Sullivan.”

Here is a brief selection of Holbek’s film music, taken from the films Misery Harbour, Europa, Wilbur Wants to Kill Himself and The Kingdom.

For BPT, mounting The Rosenbergs as its first opera production “made a lot of sense because of the Rosenberg papers,” says Snodgrass. The couple’s documented history is collected at Boston University’s Howard Gotlieb Archival Research Center. But in addition to that scholarly connection, “this story couldn’t be more relevant to today’s political climate,” she says.

Leman’s libretto does not by any means try to imply that the Rosenbergs’ spy melodrama is somehow recurring. “This is no political treatise,” Snodgrass says. “The opera is about how they met, their love for each other, their response to leaving their children, and about facing death. The personal aspect makes the surrounding events less important. This is about what they went through. They weren’t icons; they were people.”

“The way the work is framed, the Rosenbergs inhabit a kind of metaphoric purgatory space,” says Troyanovsky. “They need to be released by telling their story. It’s been hijacked. We encounter them as human beings, rather than masques or archetypes.

“The story doesn’t try to re-litigate. It’s about Ethel and Julius, two people caught up in the grinding machine of history.”

“It’s an interesting challenge to keep the story moving when it’s very much about the past,” Troyanovsky says. “It does not have a traditional opera plot. The story is told through memory, and in a certain way, guilt or innocence doesn’t matter. Don’t expect truths, don’t expect facts.

“I think we are living in a similar moment. We have people on every side who are today’s Rosenbergs — people who may or may not be motivated purely and righteously, but who become pawns. And some become martyrs.” 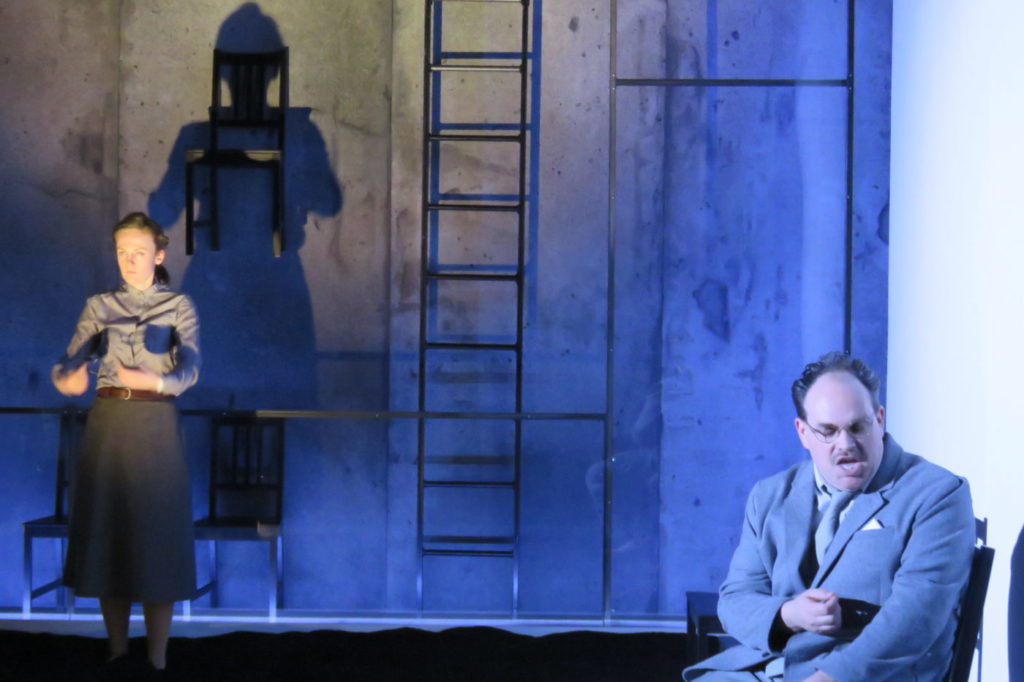 The Rosenbergs runs April 12-22 at the Boston Playwrights’ Theatre and from April 27-29 at Spingold Theater Center at Brandeis University.

This article was first posted on Artery. It is reposted with permission. 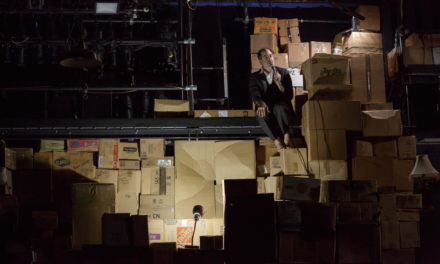