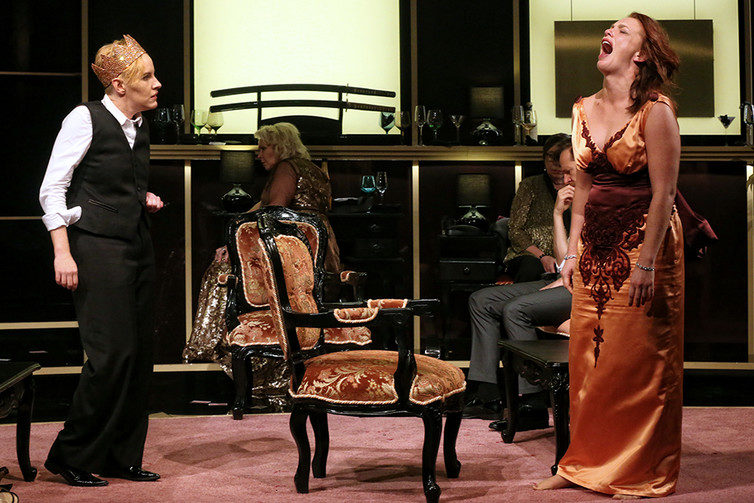 As we all know, the first line of Shakespeare’s Richard 3 reads, “Now is the winter of our discontent made glorious summer by this sun of York.” Strip away the Elizabethan rhetoric, and the line simply signifies that the civil war that has plagued England through the mid-15th century is over.

But the war is not over: to better secure the peace, the Yorkist king Edward has taken as his queen a partisan of the rival Lancaster house. The queen’s family, the Woodvilles, are social-climbers, and no sooner do they acquire noble positions than they plot to supplant the ruling Plantagenet line. They imprison the king’s brother Clarence on falsified charges of treason and then have him assassinated. When the king dies of natural causes, they collude to hastily install his 12-year-old son as his successor.

Other noble houses of England, fearing the consequences of another child king, petition Richard of Gloucester, the king’s surviving brother, to take the throne. As king, Richard dutifully smashes the Woodville faction and governs over England until 1485, when he is assassinated by a cadre of exiled Bretons. The leader of this coup d’état, Henry Tudor, seizes the English throne for himself and thus severs the Plantagenet line.

The Tudors go on to rule England from the 15th century until the early 17th century. But still, the war is not over: in the late 16th century, the young English playwright William Shakespeare writes a tragedy on the popular subject of Richard III. In obedience to the political orthodoxy of his time, Shakespeare portrays Richard as a madman, a grotesque and deformed beast who slaughters friend, foe and family alike in his lust for power.

The play is a hagiography: Henry Tudor, the slayer of such a dragon, is surely an agent of God, and his bloodline is therefore fit to rule England in perpetuity. Yet Shakespeare’s Richard is also intelligent: he sees through the devices of politics and learns to wield them to his own ends.

He meditates on the power of “lies, well steeled with weighty arguments”: as we watch him strut across the stage, deceiving and cajoling, he teaches us that his victims are also deceivers. In Shakespeare, there is no truth in history. There is only the lie, and the counter-lie.

Kate Mulvany as Richard 3: her acting of deformity seems to tell its own story. Photo: Prudence Upton

Peter Evans, the director of the Bell Shakespeare Company’s new production of Richard 3, boldly proclaims that for our times, the play is “completely about Trump.” He argues in the program notes that Richard’s path to the throne exposes

the way power is grabbed … language is degraded … fear is used to incite loyalty.

Of course, a depiction of Richard as a master of spin may reflect the anxieties of our current political culture, but how can this analogy be reconciled with the knowledge that the play itself is Tudor propaganda? Would Evans have us accept the simplistic proposition that Richard’s villainy is also the villainy of Trump, or does he mean that the play’s fanciful vilification of Richard exposes the myth of villainy that our culture is all too ready to swallow?

The answer may not be immediately clear, for despite the director’s claim of political significance, his vision of the play doesn’t seem to be much about anything. The performance incorporates many bizarre touches that are typical of the Bell’s recent work: outlandish dance numbers, choral singing by the actors, and (my favourite) a longueur in which members of the cast stand for an improbable interval, mutely chewing on strawberries. 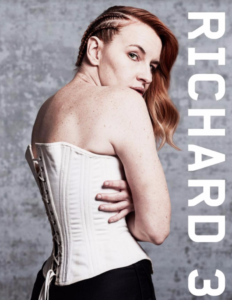 None of these elements seem to connect with what is clearly the production’s anchor and focus: Kate Mulvany’s intensely human portrayal of Richard. Mulvany’s acting of deformity seems to tell its own story, sometimes at odds with the rest of the production, but there are elements in her performance that aptly analogize the current mood of our political culture.

Richard is a fearsome political adversary, both admired and despised by his peers. Among them, only a minority ever dare connect his villainy to his deformity. There is a scene early in the performance where the aggrieved queen Margaret (Sandy Gore) casts a series of curses on the Woodvilles and Yorks.

Richard remains calm while Margaret brutally condemns his character. He smirks knowingly out at the audience. Suddenly, her tone shifts.

She describes Richard’s deformity as a violation of nature, and his birth as a “slander” on his mother’s womb. Richard’s face goes white.

He drops his gaze and moves away from her. Her curse builds until he cuts her off with an emphatic “Margaret!”

It is clear to all present, even the audience, that a line has been crossed.

Despite its indecency, Margaret’s curse seems to legitimise such ad hominem attacks for other characters in the play. In a later scene, Richard’s mother (Sarah Woods) repeats the accusations, cursing the day she delivered him into the world. Likewise, the Prince of Wales (Rose Riley), played as an energetic and factious youth, shows his contempt for Richard by physically intimidating him with a lit cigarette.

As these attacks escalate through the performance, Richard’s shame and injured humanity become difficult to watch. He loses his coherence, both as an individual human, and as a political construct. He moves from scene to scene, trying to find a centre in the play: sometimes he is the hero, sometimes the villain, sometimes its victim.

Hate is a powerful feeling, and it is no less so for those who view themselves as powerless. In Richard 3, it is the victims who play out these fantasies of hate. They resemble our own culture’s chorus of “voiceless” subjects, for whom social media has granted the opportunity to play out hatred to its fullest and most unrestrained expression.

Under the banner of “resistance,” these subjects do not hesitate to degrade their own humanity by robbing their enemies of theirs: casual slurs, sex and body shaming, execration of mental illness and schadenfreude are all justified by the assumption that they are on the right side of history.

In an interview, director Peter Evans laments that, after 400 years, the world still has not learned the hard lessons of Richard 3. It is some consolation, then, that Mulvany’s performance reminds us that Shakespeare still has the power to reveal the true monsters of our culture.

Bell Shakespeare’s Richard 3 is at the Fairfax Studio, Arts Centre Melbourne until May 7. 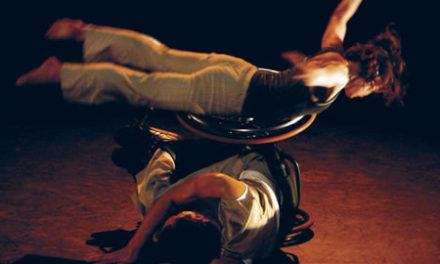