Written by A Sangameswaran | 22nd May 2019 | Acting, Essay, India, Theatre and Religion 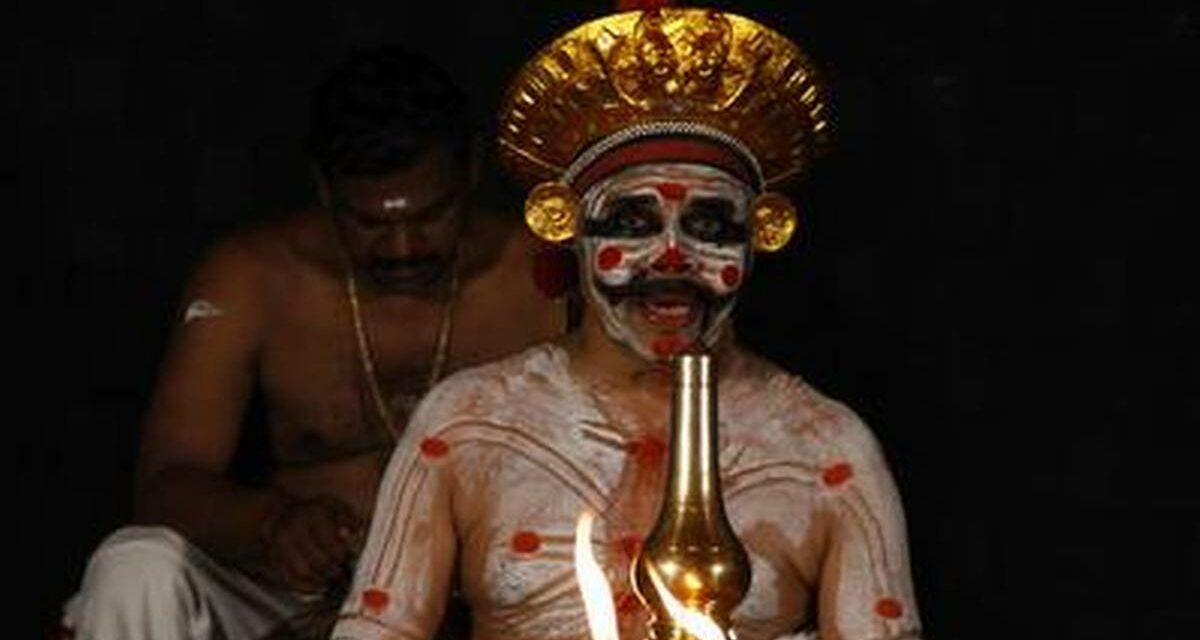 Thespian Ammannur Kuttan Chakyar gave a scholastic presentation of Melpathur Narayana Bhattathiri’s Bhagavathdhooth over 21 days at an event in Irinjalakuda.

The art of storytelling with theatrical embellishment and the improvised narrative is timeless. ‘Chakyarkoothu’ is an art form acknowledged for its humor and satire. An in-depth analysis reveals the prosaic and poetic beauty of the literature handled by the Chakyars as well as their mastery of the subject, which is delivered with copious connections and references that relate it to present-day socio-political issues.

The name Chakyar is derived from the Sanskrit word ‘Slakhya Geer,’ meaning noble words. Kerala folklore has been enriched with stories in which Chakyars have reformed many chieftains or Kings.

In order to preserve this art form for posterity, a documentation of the Bhagavathdooth Prabandham by Melpathur Narayana Bhattathiri was held at Irinjalakuda. The 21-day event, divided into three parts with over two-and-a-half hours of narration daily, was presented by thespian Ammannur Kuttan Chakyar. His knowledge of Sanskrit, command over ancient scriptures, and the ability to attribute new meanings and comprehensive rendering were hallmarks of the performance.

Melpathur has written many ‘prabandhas,’ which translates to ‘texts’ in Koothu, and Kuttan Chakyar, which he has all performed as well as a complete rendition of Ramayanam Prabandham.

Born in the lineage of Ammannur Chakyars, he was molded by his grand-uncle, the legendary Ammannur Chachu Chakyar, through the recitation of slokas and verses from the Ramayana Prabandham.

He was given a strong foundation in the art of Koothu and Koodiyattam by his maternal uncles Ammannur Madhava Chakyar and Ammannur Parameswara Chakyar in the traditional Gurukula system of learning.

Bhagavathdooth, also known as Dhoothavakyam, deals with the diplomatic and tactful dealings of Lord Krishna and his dialogues with Kauravas to avoid an imminent war. Kuttan Chakyar dealt with each sloka in detail, revealing their inner meaning as well as a general description.

One of the features of the work is that it is replete with classic Sanskrit and the strength of the language is clearly evident. Each slokam provides ample scope for a detailed presentation, connecting it with present-day subjects. Depiction of Viswaroopam on the last day and the delineation of the text by Kuttan Chakyar was a treat for the audience. Mizhavu was handled by Narayanan Nambiar and thalam by Aparna Nangiar and Indira Nangiar.

This article appeared in The Hindu on April 25th, 2019 and has been reposted with permission. 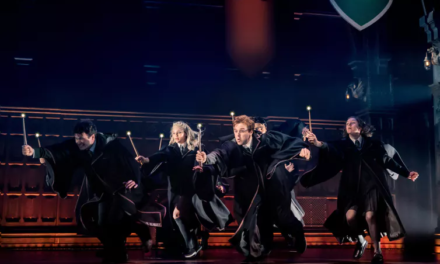