Estonians are among the least religious people in Europe, however, one can assert without a shadow of a doubt that we are of theatre faith. The average Estonian attends the theatre more often than the church. In 2016, the total audience numbers at professional theatres topped 1.2 million. Considering the relatively small size of our population, with a bit of rough-handed rounding it nearly adds up to one attendance per every inhabitant. Not bad, is it? In reality, not everyone goes to the theatre. The share of the population that has attended a theatre performance in the last year is a “mere” 45 percent. Who are these people and what brings them to the theatre?

Those who seek for summer adventure

The Estonian summer is a short one, and we tend to spend the majority of that precious time either at work, weeding the garden at our summer cottages, or sheltering indoors from the rain. To enable us to enjoy the summer sunshine (should we be in luck), to indulge in a bit of domestic tourism discovering beautiful new nature spots, and to spend quality time with friends partaking in something cultured, we have developed an active summer theatre tradition. In the summer season, actors on leave from repertory companies who don’t know how to just relax and enjoy their vacation, jump into action, and revive various NPOs from hibernation that offer a platform for new performance projects co-created with friends who happen to be freelancers. A proper summer production ought to match a couple of key criteria–a remote location accessible with great difficulty (such as a bog far away from any major population center, or a half-decrepit country mansion), an unusual performance time (such as at 5 a.m.), or duration (i.e. the Tammsaare marathon performance that lasts for 24 hours). Summer theatre audiences possess the foresight to arrive armed with sunscreen, raincoats, mosquito repellent, warm sweaters, seat cushions, and picnic baskets. Be they faced with sunstroke or torrential rain, the performance will go on as planned. A quarter of those who have attended a theatre performance in the last year went to see a summer production. The summer open-air shows range from light variety programmes and comedies to serious classics. The best-known makers of summer productions are project-based R.A.A.A.M that often tends to invite directors from abroad (Sergey Potapov, Homayun Ghanizadeh, Marco Layera, for example) and Emajõe Summer Theatre in Tartu, which has already got two decades of experience under its belt.

Those who live by the edge of the woods

The majority of theatre companies in Estonia are based in two of the largest cities–Tallinn and Tartu. Four regional towns also have a permanent repertory theatre: Pärnu, Viljandi, Rakvere, and Kuressaare. However, grannies living in cottages by the edge of the woods and other inhabitants of small towns and villages also wish to attend the theatre but have no means of getting to the big city independently to go see a performance. Going to see a professional theatre production whilst living away from a town with a permanent company presents one with significant added expenses for travel and overnight accommodation. The last scheduled coach to get back home for the night tends to depart before the evening performance has even begun. So, in order to satisfy the thirst for theatre in small places, many companies tour in civic centers around the country. The share of the national audience who attended a performance at a local community hall stands at 18 percent. The majority of touring is done by small project-based theatre companies who mainly perform light comedies. Out of the large, established theatre companies, it is Rakvere Theatre that does the most touring–despite having their own building with three theatre spaces, nearly half (44%) of their performances are given outside their home venue. Thus they are also colloquially known as “the theatre on wheels.”

Those who are wonderfully open-minded

Kids represent a significant segment of the audience. Almost a third (33%) of the 6552 theatre performances in 2016 were aimed at audiences under the age of 17. The breeding of young theatre fans already begins at kindergarten (around the age of 3-4). Semi-professional theatre companies tour kindergartens and elementary schools with light entertainment pieces for the price of a chocolate bar. School kids are normally taken to see a performance at least once a semester by their teachers. This usually entails a great deal of excitement, as they often pick a theatre based in another town and that involves a group coach trip. Estonia also boasts an extraordinarily active school drama scene–there is an extracurricular drama group at nearly every school, getting many youngsters even more interested in theatre by taking part in the amateur drama. In terms of theatre aimed at children, both NUKU and VAT Theatre–based in Tallinn–deserve a special mention in light of their work mainly for young audiences. Both theatre companies also offer educational opportunities alongside their repertoire. However, productions aimed at children can be found in the programs of other established repertory companies. At least definitely before Christmas, if not at other times.

Those who want to shine

A distinct audience group is made up spectators for whom the performance they are going to see is of secondary importance. What they are primarily interested in is the glamour and social shine of going to the theatre. These hedonist patrons dress up in suits and evening gowns, sip a glass of wine or cognac during the interval, and of course share their impressions of the experience with colleagues the following day. A particularly popular destination for this is Tallinn City Theatre, where performances are routinely sold out due to the relatively small theatre spaces. Clinking champagne flutes together during the intermission of an impossible-to-get-tickets-to-show makes it all the more special. In addition to the difficulty of acquiring seats, it is necessary for the production to feature a famous actor. This audience segment tends to favor a well-staged classical drama production, performed in a familiar and comfortable environment where the bar serves cake during the interval and one can mingle amongst other well-dressed patrons. Other theatres well suited for such an attendance are the Estonian Drama Theatre and Vanemuine. However, this group has lately also begun to frequent NO99–going to see avant-garde is just as good a social status forming agent as watching the beloved grand old ladies of Estonian theatre in more traditional productions.

Those who go on a date

People rarely attend the theatre alone. The most common unit of an audience is a couple made up of a man and a woman. The twosome may consist of a middle-aged couple that has been married for years or a pair of young lovers who only have eyes for each other rather than for the actors on stage. Usually, the theatre visit is initiated by the female who is well informed about the production they are seeing, and her companion is left to dutifully and patiently accept his fate. With couples one may often observe how the woman drops a few emotional tears, while the good fellow does his best to keep from dozing off during a quiet performance or is engaged in meditative introspection, hidden behind a jaded expression. The couple can be seen in every theatre in Estonia attending performances of every genre.

Those who establish trends

Hipster theatergoers are primarily found attending venues in Tallinn with a more alternative repertoire–NO99, Von Krahl, STL, Kanuti Gildi Saal, Cabaret Rhizome. This audience segment is very culturally aware and expects a strong concept, innovation, and a clear rhetorical stance. That may also mean a strong political charge or relation to society, or the opposite–delving into explorations of art philosophy. Hipsters are fascinated by post-dramatic theatre and the more recent developments of modern performing arts. They keep an eye on what’s happening abroad and will definitely be present when a notable foreign artist gives a guest performance in Estonia. This group largely consists of artists and their entourages. During artist talks following the performances, they tend to sit with a haughty expression and eventually utter something cryptic and laden with meaning that is only really decipherable to others of their kind. Audience members from the couples group or members of the school of shiners who are present at the discussion generally miss their thought entirely. Modern dance productions were attended by 13, experimental performances by 5, and interactive theatre pieces by 2 percent of the people who have been to the theatre in the past year. Hipsters, therefore, are relatively small in numbers. 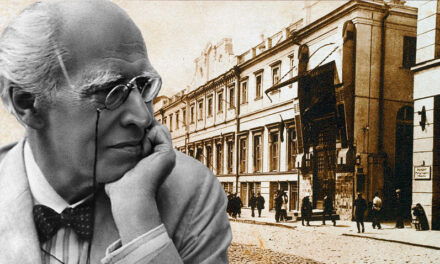 Refugees in Berlin (Excerpts From a Sort of Berlin Diary) 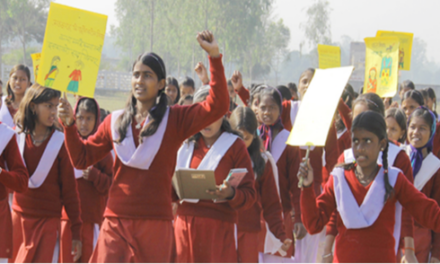 After Coronavirus: Global Youth Reveal That the Social Value of Art Has Never Mattered More