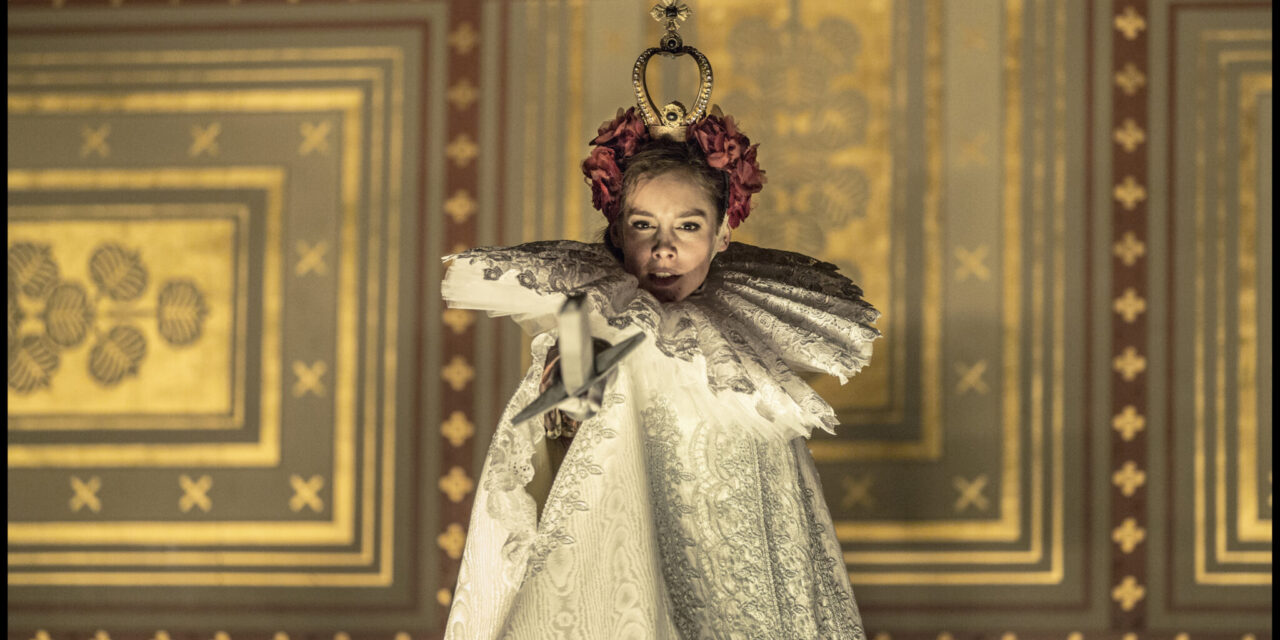 This is Part 2 of the interview. To read Part 1 and Part 3, click the links.

Tomasz Wiśniewski: Perhaps, at this moment we may ask Professor Octavian Saiu from Romania – who by the way is responsible for my meeting with Kalina Stefanova in person at the Sibiu Festival – about his contribution to the book.

Octavian Saiu: This confession really touched me because, indeed, it was a great pleasure to introduce you to one another. What you have shared with us, Tomasz, really points to a sense of participation, of communion and to the value of the “encounter”, which the festivals of Eastern Europe are all together about. There are many great theatre events in the world, such as Avignon or Edinburgh, some of them are more prestigious, but in Eastern Europe, we believe that festivals are not merely opportunities for artists to showcase their work and for different viewers to experience them directly, but are chances for people to encounter and discover one another. It is that spirit that I think you highlighted very well by means of a personal, autobiographical allusion.

I would also like to add something of an autobiographical nature, if I may, before I say anything at all about the book itself. It involves Professor Marvin Carlson whom I have never met in person and with whom I feel privileged to be in conversation. It is a reflection of a certain perception, of our professional vocation in Eastern Europe, because the word I use when I refer to him as a scholar, as a critic, as a historian, and a thinker of theatre is “theatrologist”. It’s a term that I borrowed from the education system in which I grew up, because my department was, and still is called “The Department of Theatrology”, which is more than an Eastern equivalent to Western “Theatre Studies” – as it involves a sense of specificity that is cultural, geographical, and historical. And if I may, I want to now ask directly Professor Carlson the following question: how comfortable or uncomfortable, as the case may be, does he feel with this particular label?

Marvin Carlson: To be honest, in all the experience and reading I have had, I never encountered the term “theatrologist” until about a year or so ago, when I looked myself up on Wikipedia, and found that I was characterized as a “theatrologist.” I was surprised! I didn’t know that’s what I was. As for the term, I do think – I always liked words that refer back to Greek and Roman origins and that appeals to the scholar within me. And so it sounds a little more elegant to me, a “theatrologist,” instead of a professor of Theatre Studies. It still seems to me a little bit of an alien word to be honest, but I love the idea that the “-ology” does point to a kind of in-depth consideration of the philosophical underpinnings of a work. Theatre Studies is a little more everyday, working kind of title. I guess, all in all, I am pleased with it, although I’m still not used to being thought of in those terms.

Saiu: Thank you so much, Professor Carlson for this interesting clarification. Now, I can say a few words on my contribution to this book, which was Kalina’s noble initiative. The challenge of this project is to really identify a sense of commonality that all these directors share, which goes beyond their formation related to the certain tradition infused by Stanislavski and so on. It really reflects a preoccupation with that human engagement that theatre is about. I think that the merit of the book is that it really tries to map this territory of creativity to which we refer conventionally as the “theatre of Eastern Europe”. Of course, these days, in a globalized world, which theatre is bound to reflect, we have trends that permeate theatrical movements to the extent that we cannot talk anymore about regions, traditions, and countries – in the sense that whatever happens in Germany is flashed across the world rapidly, and thus the methods, the imagery, the way of engaging with the text, the strategies of representation are all borrowed by artists from everywhere.

Yet, there is something about Eastern Europe that we can refer to as the “cultural ethos” of theatre in this part of the world. I am not altogether certain it is exactly what John Elsom was trying to suggest, which is a sense of “wisdom rather than knowledge”, because that can be replicated and encountered elsewhere. Maybe, it has something to do with a sense of place that the human being incorporates and that theatre is at the very basic level all about.

Let us not forget that we all use a Greek cultural reference. Following Professor Carlson’s explanation of the term “theatrologist,” I would add that the very word “theatre” in the ancient Greek vocabulary reflected the notion of place. So I think this book is an attempt, not the first one but a very important one nonetheless, to really engage with this territory of Eastern Europe from a certain perspective. Of course, this region has produced some great actors and scenographers, some great critics, but it is better described as the land of the director. Not because – as Michael Billington once pointed out, rather cynically, and I quote from his article written after he attended a festival in Bucharest – the director is “the unassailed monarch of the stage” in Eastern Europe, but because in Eastern Europe directors have been the personalities that manage to bring people together around them, around their projects. This is how schools were founded, this is how traditions were established, and this is how values were cemented in the cultural consciousness of the theatre.

Without going into details about my chapter, which is dedicated to Silviu Purcărete – who has already been mentioned more than once, much to my delight – I would like to say that it has been a real pleasure to be a part of this journey. It is a journey towards the unknown, not merely for people unfamiliar with Eastern Europe, but even for us, the contributors. Because it requires distance to understand, discover, and rediscover something. I remember what Umberto Eco once said, when he was asked by somebody in France: “What do you think about Europe today?” He promptly and brilliantly replied: “I can only talk about Europe when I am in America, because I need that distance”. So I hope that even for us, this volume provides a very profound, intimate insight into the culture and the theatre of Eastern Europe, but also the reflective distance that is also needed, I would say urgently needed, in scholarly research and in the process of thinking and analyzing theatre.

So thank you very much, my dear friend Kalina, and thank you, Professor Carlson, for this invitation. And of course, thank you, Tomasz, for brilliantly illustrating the principles of the festivals of Eastern Europe, which are all about bringing people together and creating cultural bridges and noble connectivity.

Kalina Stefanova: I would like to take the words of Octavian as a spring-board and dwell a little bit more on this very special Eastern European attitude towards culture as a vocation, towards this logos “theatrology”, as we also use this word. There is something of this in our book, which I hope the readers will find. We very frequently talk about theatre as a very transient art. Yes, indeed, theatre is transient, but only when it is not of a very high quality. Middle-of-the-road theatre is ephemeral. Whereas great theatre, that of the highest quality, is not. And this is the real difference. Great theatre stays with us after the fall of the curtain and long after we have seen it, it forms us, changes our lives and our perception of life. It is this kind of mission that these directors have in common. Their theatre, as all great theatre, lifts up the invisible curtains in front of our eyes, so that we can see into the invisible, the immaterial, the metaphysical.

Two hundred years ago, the British critic, William Hazlitt, said: “While there is a playhouse, the world will not go on amiss.” This is extremely important in our situation. I remember, when I was writing my foreword, it was in March 2020, and all the theaters, except in South Korea and very few other places, were dark. Then you realize that the world is not on the right path obviously. It was then that I was reminded of what Hazlitt wrote, and I asked my students to write an essay on this quote and reflect on the question: Where did we lose the right path? And why did we do this? Has the theatre always been like a beacon on and for the right way? I believe the answer is “Yes,” because it deals with that kind of things which we call vocation and not so much a profession, things which we cannot measure. It is not by chance that directors in Eastern Europe do not usually do the so-called blocking which is done in the English-speaking world. They rehearse sometimes many more months than scheduled. Exactly because they are in search of what’s behind the visible, in the first place.

Saiu: This notion of the invisible is always there and I am afraid it was a Western director, quite an iconic one, who said: “Theatre is about making the invisible visible”. It was of course Peter Brook in The Empty Space. When he said that, he maybe inadvertently borrowed the definition of the art of the icon, of the Greek Orthodox icon, as put forward by Paul Evdokimov in his famous work about the “theology of beauty”. So, maybe there is something of Eastern European derivation in that famous definition of theatre, but it does not exclusively define the artists of Eastern Europe, and no one can really pretend that it does. However, what I think that we should all agree on, is that in Eastern Europe these directors – in different ways and to different degrees – have managed to affirm theatre as something that matters, as something that has value and meaning in society, beyond the metaphorical. In Eastern Europe, let us not forget, theatre represented a means of spiritual and actually human survival. That legacy is still there even after the Cold War, after the fall of the Iron Curtain. There are people today who remember quite vividly the experience of going to the theatre in winter, shivering together with the actors, when heating was insufficient because of energy cuts. They were there because they needed to really experience the miracle of that communion, which was almost on par with religious communion. That, I think, is truly a unique relationship with theatre, virtually unmatched by anything in the history of this artform, anywhere.

This post was written by Tomasz Wiśniewski and Katarzyna Kręglewska. 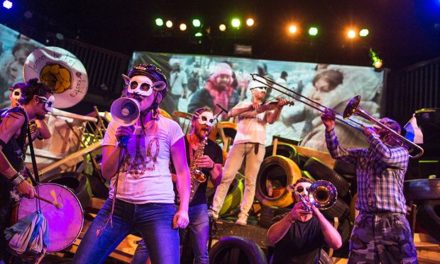 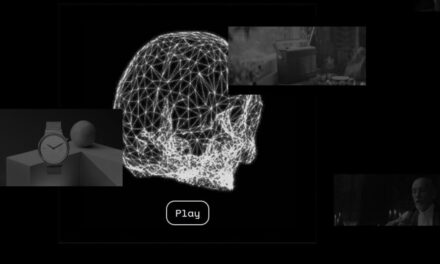