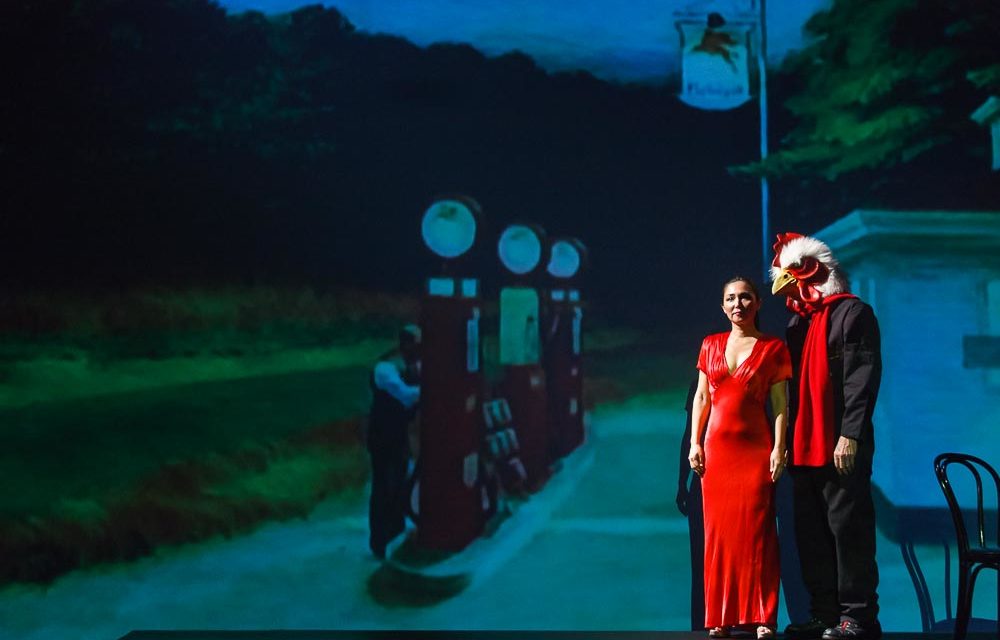 “Does anyone still read Jan Kott?” asked Michael Billington, theatre critic, in his article in The Guardian (“K is for Jan Kott,” 21 February 2012). Even if very few do, in Billington’s opinion, the impact of Kott’s critical work on theatre was such that much of it has been permanently absorbed into our theatrical culture. “I can’t think of anyone today who influences production in quite the same way as Kott,” says Billington. He is talking of Kott’s most prominent work Shakespeare Our Contemporary, published by Methuen in 1964, as well as of his later essays. 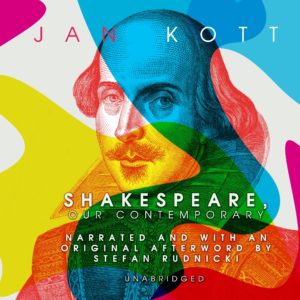 Kott’s interpretation of Shakespeare’s works as universally reflective of our own social and cultural values influenced many contemporary theatre directors, particularly the great Peter Brook. Before Kott, most Shakespeare’s productions were staged in old school period costumes. After Kott, directors began conceptualizing the Bard’s works in the modern – and post-modern context. Nobody revolutionized our approach to producing Shakespeare the way that Kott did. Kott was a man of theatre whose Polish background – and the bloody history of the twentieth century that marched through Poland – was essential for his understanding and interpretation of Shakespeare’s oeuvre. Poland’s history influenced the way that Kott viewed the relationship between violence, power and greed in Shakespeare’s works, and it was this relationship – as placed in the modern context – that Brook and others explored. It is interesting to note that during his years in Poland his own relationship with power and violence was not explored enough.

He arrived in the United States in 1965, having severed his ties with the Party, which in turn severed his ties with the country. From 1969 until 1983 he taught at Stony Brook University, but he was noted as a theatre critic and published extensively, especially about Shakespeare. After his retirement, he lived briefly in New York but then moved to Santa Monica, and there he encountered Frederíque Michel and the avant-garde theatre, City Garage. 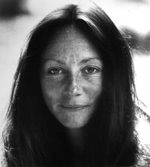 Santa Monica’s Third Street Promenade, where several blocks are closed to traffic, was where Kott liked to walk, lounge in the outdoor cafes, watch people, and be among them. Although retired from teaching and active intellectual life, which for him meant writing, he naturally gravitated towards theatre and theatre people. In the narrow alley between Third and Fourth Streets, adjacent to the city multilevel garage, there was, in 1987, a small theatre space where the young, talented and ambitious Frederique Michel, a graduate of the Paris Conservatoire, decided to make her mark on the Los Angeles theatre scene. As Artistic Director of the new City Garage Theatre she put together a professional ensemble and began producing foreign, abstract plays that no one else at that time “…had the savvy or the gall to touch.” – Stephen Leigh Morris, LA Weekly. 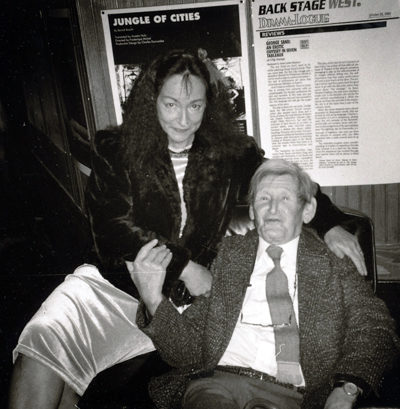 How Jan Kott and Frederíque Michel met is unclear. Frederíque insists it was Professor Anna Krajewska-Wieczorek of the UCLA Drama Department faculty that brought Kott to her 1996 production of Hamletmachine by Heiner Muller. Krajewska-Wieczorek thinks she and Kott discovered the City Garage independently but soon began to attend performances together. The woman who accompanied Kott on his first visit to City Garage could also have been Malgorzata (Meg) Kruszewska, a good friend of Kott’s from New York, who at the time was very active in the theatre community and knew many small theatre directors.

Whatever the circumstances of their meeting Frederíque’s and Kott’s friendship was almost instantaneous and real. Despite the difference in their ages, they had a lot in common. They shared a passion for the theatre and, as Krajewska-Wieczorek noted, Kott’s French was fluent and his knowledge of French classics vast and detailed. Michel and Kott spent many evenings together after a performance at the City Garage in animated conversation in their own world, in French. 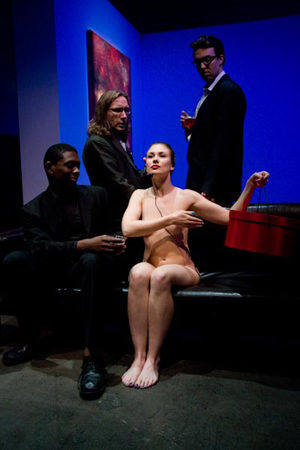 As an Artistic Director, Frederíque Michel is strong and independent. She maintains that during those long conversations Kott never volunteered any advice, never tried to interfere or influence her production or staging ideas. She says he wished to be surprised with every new production and called her a “sorceress” for what she managed to do on stage. Kott, on the other hand, probably felt there was no need for his interference because Frederíque Michel, as a professional, grew and matured in a theatrical culture already permeated by Kott’s ideas.By 1999 Jan Kott had become a fixture at the City Garage Theater. He had his own chair in the audience marked with a plaque and his name, and someone from the theatre staff would always pick him up at home and drive him back after the performance. Did he have any input into the choice of plays that Frederíque Michel produced?

When asked directly if she feels that Kott’s theories had any influence on her work she hesitates and then lists several plays: Journeys Among the Dead by Ionesco and Cowboy Mouth, Four-H Club and Killer’s Head by Sam Sheppard.

Asked about Kott’s influence Krajewska-Wieczorek says: “Of course. The obvious example is White Marriage by Tadeusz Rozewicz, staged in 1999.” Frederíque again hesitates and then explains that she chose Mariage Blanc in Adam Czerniawski’s translation because it was a good play and also one of Kott’s favorites. “I did it for him,” she says. For the record, the play was a great success.

Krajewszka-Wieczorek also remembers that Kott valued Frederíque’s courage to defy current trends and continue the use of nudity on stage. Long after the era of Sweet Eros (1968) and Oh, Calcutta! (1969) had passed, Frederíque Michel brought nudity back on stage in 1987 and still uses nakedness as a political and social statement always to reveal the imbalance of power in the relationship between genders and sometimes as a symbol of exposure and vulnerability. Twenty-eight years later, after many awards and much critical acclaim, Frederíque Michel is still producing work that is political, socially and historically deterministic, “in your face” confrontational, and naked.

It was Krajewska-Wieczorek who introduced Joanna Klass to Jan Kott. Joanna was a promoter of Polish contemporary drama and Polish experimental theatre groups. When she met Kott she was in search of a venue for one of her upcoming ventures. Klass was planning to bring Witold Gombrowicz’s Ferdydurke to Los Angeles, a co-production of two Polish theatrical groups: Provisorium and Teatr Kompania. Joanna also befriended Kott. She says that it was easy to be attracted to Kott because he was always relaxed, laidback, never condescending or using his vast knowledge to intimidate. His conversation was always lively. He loved to frequent places where people congregated and observe particular details and make larger, social commentary about the scene. His insights were original and often very funny. Thanks to Kott’s connection with City Garage and his friendship with Frederique Michel, Joanna Klass found the venue she was looking for.

It was March of 2000 when Michel welcomed Joanna Klass and the group of Polish actors to City Garage. The Gombrowicz play had its Los Angeles debut on the stage of the City Garage Theater and Jan Kott was instrumental in making it happen.

Many things have changed since the year 2000. Jan Kott died a year later and City Garage moved to a more suitable space at the Bergamot Station, also in Santa Monica. Frederíque Michel remains at the helm of the theatre, determined as ever that City Garage is to remain in the avant-garde. 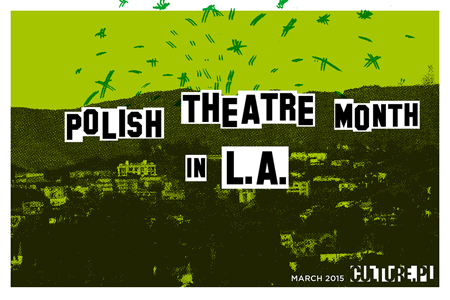 Earlier this year, Michel met with Joanna Klass again during Polish Theater Month in Los Angeles. In one of the most ambitious undertakings to introduce Polish contemporary drama to a Los Angeles audience, Klass organized performances and performative readings of three plays by two young playwrights – Dorota Maslowska and Magda Fertacz – in English translation and performed by American actors. Also on the program were discussions with the two playwrights.

Klass also brought one older work (from 1970’s) by Sławomir Mrożek in Polish with English subtitles. All events took place during March and in different venues around town. Most interesting and innovative turned out to be Stage Raw – Digital Play Festival during which two theatres, Boston Court in Pasadena and Teatr Studio Stanislawa Ignacego Witkiewicza in Warsaw, were simultaneously, digitally connected for a collaborative concert/reading by local actors.

At the post-event celebration, Joanna Klass presented Frederique Michel with a newly published anthology of contemporary Polish plays in English, (A)pollonia Twenty-First-Century Polish Drama and Texts for the Stage. Perhaps one of these “funny, brutal, densely ironic, fiercely confrontational and relentlessly provocative” plays will someday be staged at the avant-garde City Garage Theatre.

For the sake of accuracy, one needs to state that staging an event as complex and ambitious as Polish Theater Month, takes more than just the passion and energy of one person alone. Behind the contacts and the knowhow of Joanna Klass stands the Adam Mickiewicz Institute in Warsaw, and the initiative, cooperation, and financial support of the Consulate General of Poland in Los Angeles, in partnership with many local organizations, among them the Helena Modjeska Art and Culture Club.  One would also hope that since the initial logistical problems have been overcome, that Polish Theater Month will come back to Los Angeles again and again.

This article was first published in The Cosmopolitan Review. Reposted with permission of the author. Read the original article here. 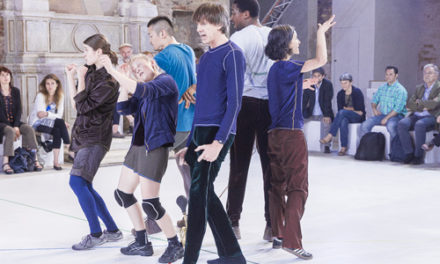 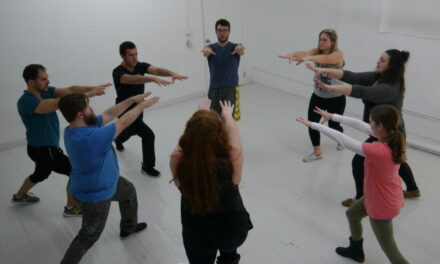