How Does Poland Celebrate Its Independence Through Opera? 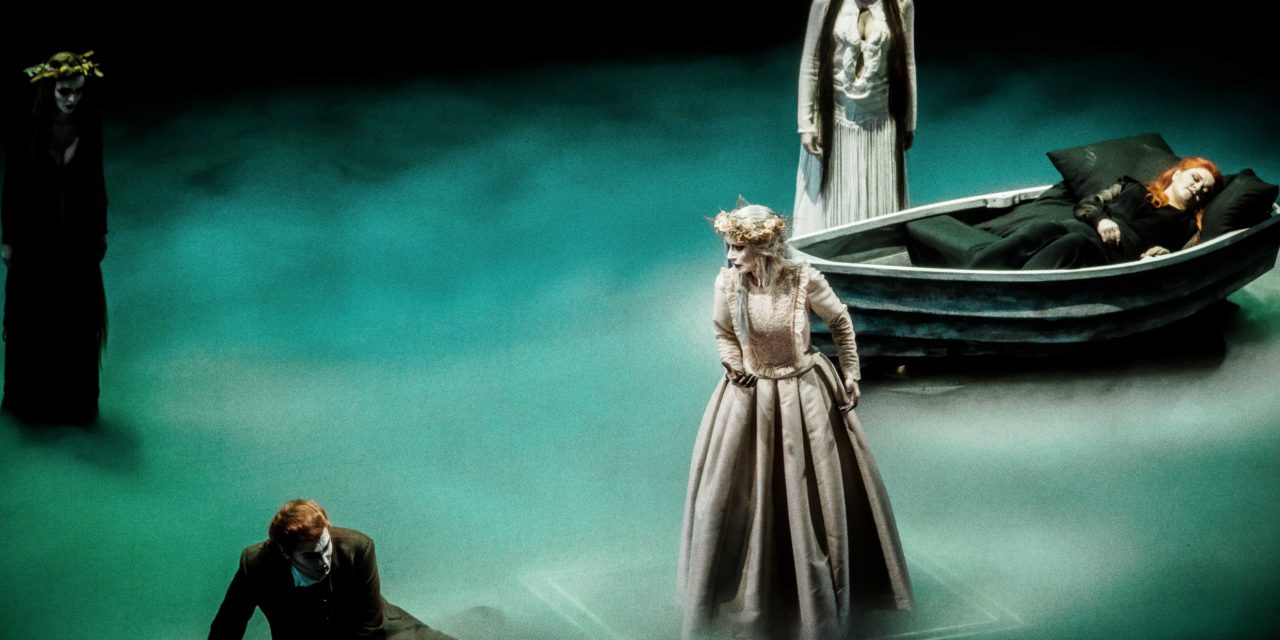 Poland in 2018 marks the centenary of the restoration of its sovereignty. The biggest national cultural institutions–museum, galleries, theatres, and concert halls–have developed special projects to celebrate the independence this year, and Teatr Wielki–the Polish National Opera in Warsaw–is no exception. It has been preparing for the occasion since 2015. This change is clearly seen in the repertoire politics of the theatre.

Mariusz Treliński and Waldemar Dąbrowski–the team of directors reigning from 2008–transformed the Warsaw opera into a vibrant spot on the cultural map of Poland and Europe. They focused on co-productions with some important opera houses abroad, bringing to the Polish capital such names as Willy Decker, Katie Mitchell, Barrie Kosky, Christoph Marthaler, and Sasha Waltz (among others). The theatre not only presented classics from the operatic canon in a Regietheater form but also tried to enrich the repertoire with contemporary works. The National Opera also commissioned new operas from Polish composers which were directed by young artists, working sometimes in the opera for the first time. The list of the latest titles consists of works by renowned Polish composers like Paweł Szymański (Qudsja Zaher, in 2013) and Eugeniuszk Knapik (Moby Dick, in 2014). The chamber hall was dedicated to more experimental projects developed, for example, by Wojtek Blecharz, Jagoda Szmytka, and Marcin Stańczyk.

The change of approach

Teatr Wielki had acclimated audiences to modern theatre and staged Polish classics rarely, and only if presenting them in a new form. A perfect example of this way of thinking was Stanisław Moniuszkoʼs Halka, from 2011, directed by Natalia Korczakowska, debuting on the main stage of the opera and conducted by Marc Minkowski–a French conductor with Polish-Jewish roots. This approach changed, however, around 2015. That year Teatr Wieki produced Cud Mniemany, Czyli Krakowiaki I Górale (The Presumed Miracle, Or Krakovians And Highlanders)–called Polandʼs first-ever opera, with a libretto by Wojciech Bogusławski and music by Jan Stefani. Performed by the participants of the Opera Academy, this staging was rather conservative–Jarosław Kilianʼs production with folklore-inspired costumes was something that hadnʼt been seen for a long time on stage in Warsaw.

The next season opened with Moniuszkoʼs hit–Straszny Dwór (The Haunted Manor). This opera presents a romanticized view of 18th-century life centered around the country manor house, praising patriotic and family values. David Pountney, the British director invited to stage the opera, relocated the whole piece. Everything takes place in the 1920s–a period of Polish modernization and the reconstruction of national identity. One might say that in his production he created an operatic version of the British TV show Downton Abbey–changed a castle into a manor and a British aristocratic family into Polish gentry. But the core idea remained the same. Both works created a world filled with conflicts (lovers overcoming obstacles) but presented the early 20th century in a nostalgic and idyllic way. 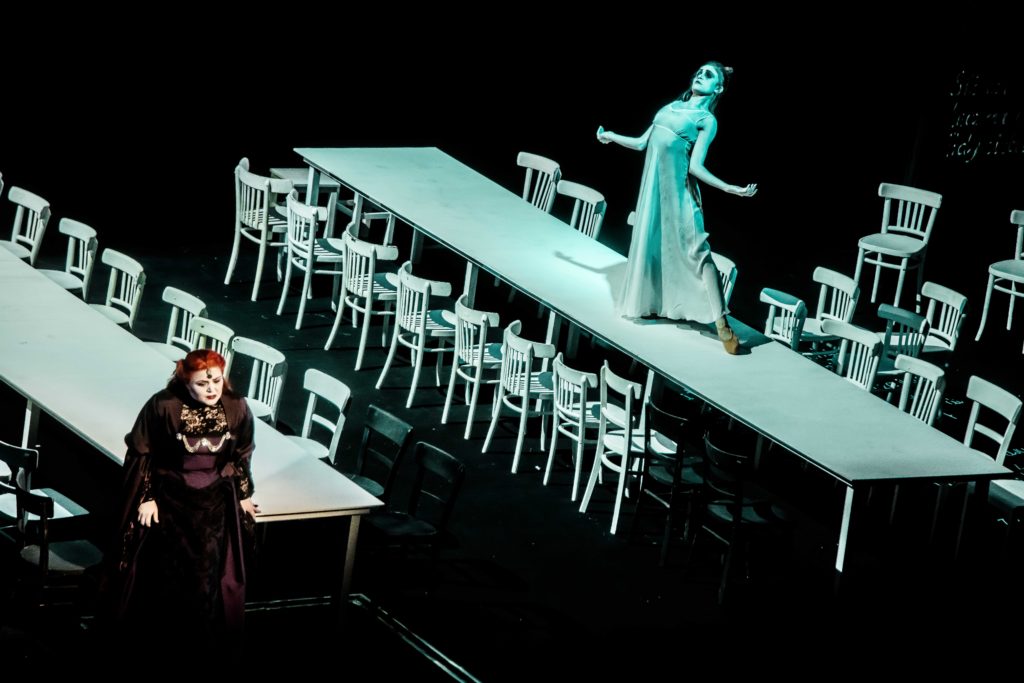 Teatr Wielki resigned from contemporary Polish works but explored forgotten operas. In 2016 it presented Władysław Żeleńskiʼs Goplana, from 1896. The work even received an International Opera Award for the best rediscovered piece. It would be interesting to know what kind of criteria were used to evaluate the nominated works, because giving a prize to Goplana was not a very fortunate choice. Ludomił German, the opera’s librettist, was inspired by Juliusz Słowackiʼs drama Balladyna. However, he did not adapt the text but wrote a new one. Compared to Słowackiʼs original, the plot was simplified–instead of dense tragedy with some comedic elements inspired by Shakespeare (especially Macbeth and A Midsummer Nightʼs Dream), we get a fairytale story in which the component of political intrigue was omitted completely. A love drama was all that remained. Also, the music was rather disappointing. Żeleński situates himself between Gounod and Wagner–he was inspired by the grand opéra–but chooses rather a more chamber version of it in the style of Gounodʼs Faust, and from the German tradition he took inspiration only from the early romantic operas by Wagner, not his music dramas. Furthermore, Janusz Wiśniewskiʼs staging, resembling Tadeusz Kantor’s style, did not fit at all the story of a love triangle. 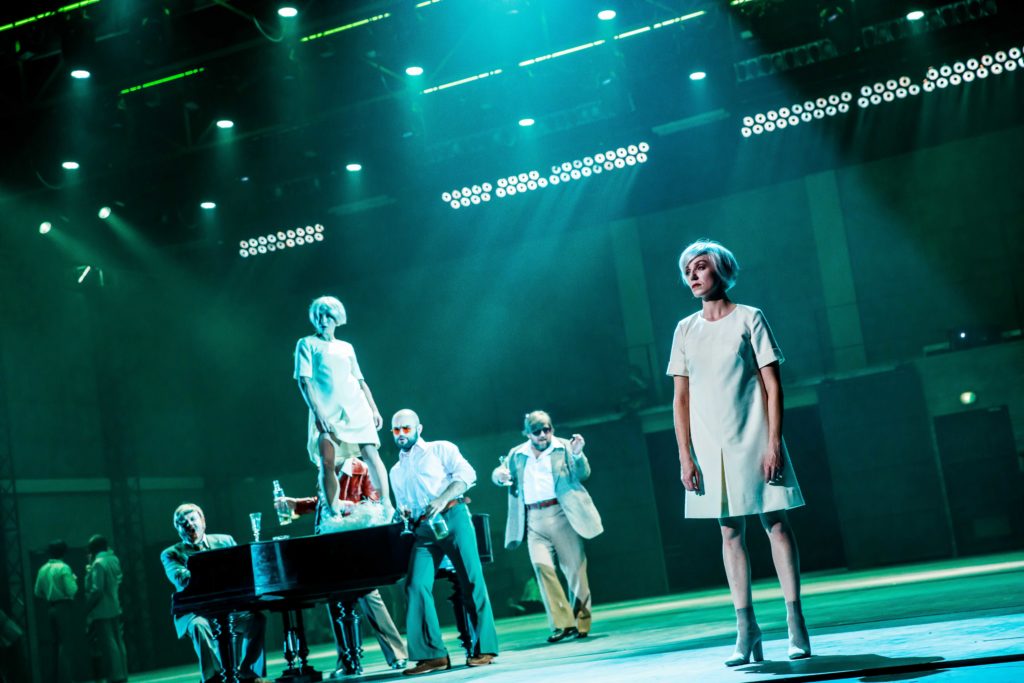 The latest Polish work staged in the Warsaw opera was Ludomir Różyckiʼs Eros I Psyche, from 1917. The composer adapted a drama by the modernist writer Jerzy Żuławski. It is an original reinterpretation of the myth of Cupid and Psyche. In the night a mysterious guest pays a visit to the Arcadian princess Psyche. They fall in love, although the girl has not seen his face. She had been also warned by her lover not to try to look at it. The witness of this meeting is one of the servants. He catches the intruder and both people look at the face of the god–Cupid. The lovers are condemned to wander through time and space. We see them fighting with each other in Ancient Alexandria, in a medieval cloister in Spain, in Paris during the French Revolution and in one of the European capitals at the beginning of the 20th century. In the end Psyche finds her lover at last, but her moment of joy is also the time of her death. 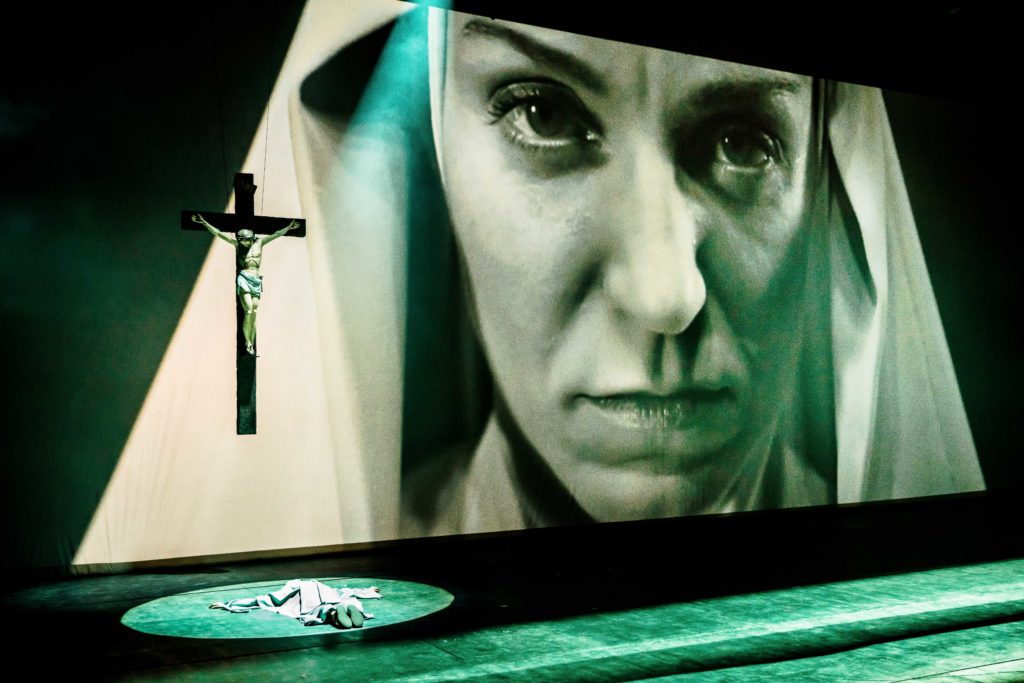 Różyckiʼs score is also an original piece. Each act was written in a different style: impressionistic for the Arcadian part, more elaborate for the Ancient act, heavily reduced in the medieval part. The Revolutionary act is accompanied by La Marseillaise, and the last part opens with an operetta-like waltz. Because of the richness of the music and the absorbing story, the piece was really popular in its time. However, the philosophical content of the work today–the theme of the journey of souls–seems a bit outdated. The director Barbara Wysocka also highlighted this point in the interviews, but she praised the score for its film-like quality. In her interpretation Psyche is an actress who stars in different movies. From the broad philosophical level, we get into a more personal one–Psyche and her troubles are in the center of the piece. Wysockaʼs interpretation seems to be coherent; however, it is not clear why the whole opera is staged in late 1960s Poland and not the contemporary world.

Looking into the future

One of the main events of the 2018/2019 season will be a premiere of Ignacy Jan Paderewskiʼs Manru (1901). This Gypsy love story suits perfectly the anniversary year. Paderewski was not only a musician but also a politician strongly involved in the “Polish case” during the First World War. As important as the name of the composer is the fame of the piece–the only Polish opera to be staged at the Metropolitan Opera.

The year 2018 has just begun, but the Polish National Opera had been preparing for the centenary for a long time. It is, however, sad that celebrating independence means resigning from some innovative projects. The question now is: Can we expect, after the anniversary, the contemporary repertoire to return to the stage anytime soon?