Ivan Vyrypaev On Cinema, Theatre, And His Dreams 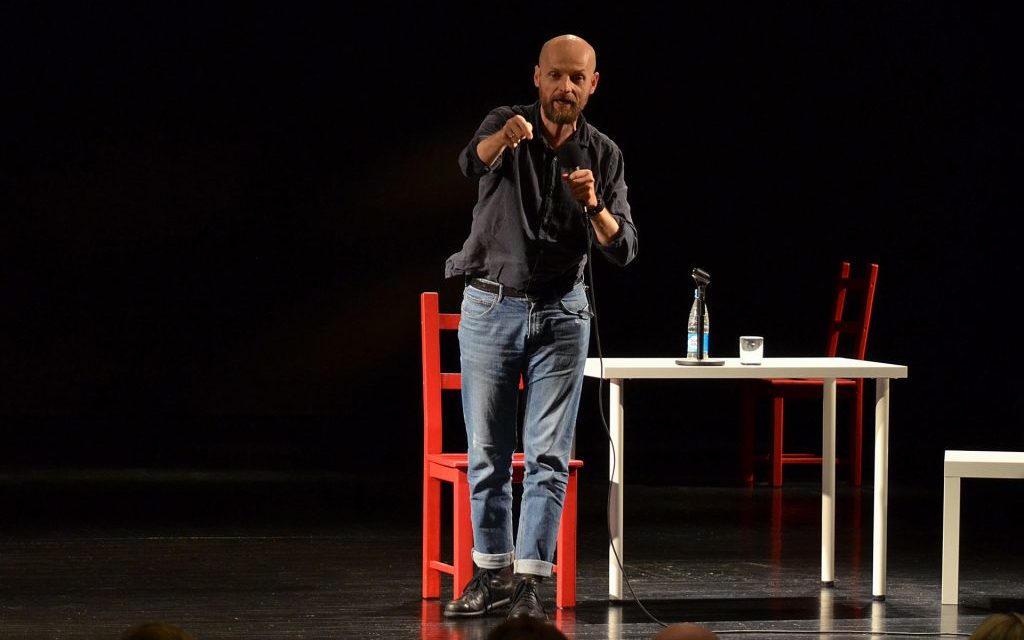 Ivan Vyrypaev is the internationally known playwright, director, producer, artist, and recipient of multiple awards. Having worked in cinema and theatre, he currently prefers the latter. One of his most acclaimed plays the Sun Line directed by Viktor Ryzhakov and previously performed in the Meyerhold Centre is coming to London on December 15-16. Specially for RA+C Ivan found some time in his busy schedule to talk about his work, contemporary theatre, and dreams for the future. 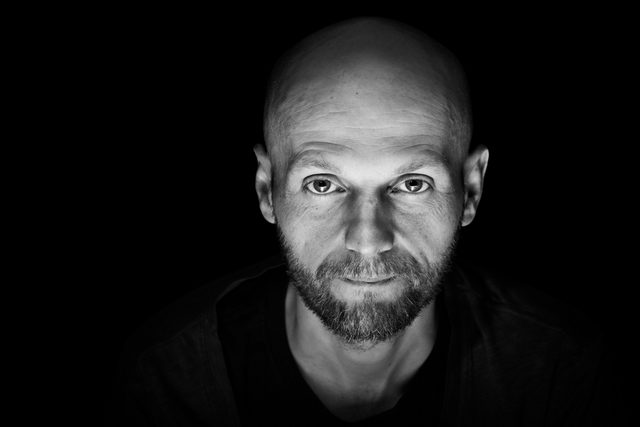 Artur Rakovskis: You have mentioned your intention to leave cinema a few times. What made you do so and why did you choose theatre?

Ivan Vyrypaev: I got into the cinema by chance and created 4 feature films and 2 short films just out of curiosity. I am not a fan of art house cinema and prefer popular films, American, for example. I don’t know how to make them, though, so, I wouldn’t even try. And theatre is my life, my spiritual journey, my educator.

AR: Do you remember your first theatre visit? What were your emotions, feelings?

IV: Yes, I do! It was Midsummer Night’s Dream in Irkutsk Theatre of a Young Spectator. I was about 8 years old then, but I can still remember the impressions that the performance had on me. I vividly remember how I laughed at the scene of the dream. It was staged by Vyachelsav Kokorin, the director of Irkutsk theatre at the time. Many years later he became my theatre teacher.

AR: Was it a coincidence?

IV: Yes, it was, however, nothing in this life happens just by coincidence.

AR: Quite often you take the role of both playwright and director. Does it change your perception of a play?

AR: What do actors bring to the play?

IV: They perform it.

AR: So are actors just the executors?

I won’t use the word “just” (laughing). Is Rostropovich just an executor when he plays a violin? Actors, like musicians are “master” executors. They become inextricable of a play. A play doesn’t exist on paper; it is not something in a computer. A play is what happens on stage, it is what we see. Until the actor starts performing, my play does not exist. It is when they say the first words when my play emerges. This is why everything depends on the actors, they make it live. It is a great responsibility and a big work.

AR: What is the hardest part of a director’s job?

IV: It is to explain to the actors how to perform, to force them to be happy, to live… In fact no, you can’t force them. But you should make actors enjoy what they are doing. It is the hardest part of the job!

AR: How important is a viewer?

IV: A viewer is a person for whom I exist, for whom I create my plays and performances. Theatre cannot exist without viewers, it serves them. And I am the servant of the viewers.

AR: What is the main aim of theatre? 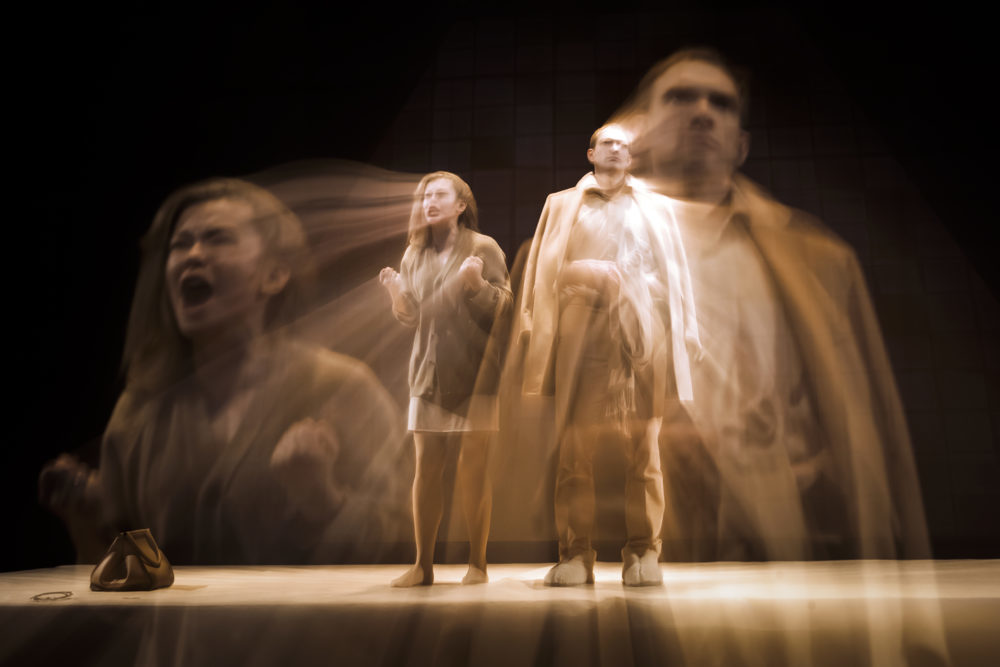 AR: What was the last film or play that impressed you?

IV: I very much enjoyed La La Land and watched it three times. It is very well made. There are a lot of spiritual things, a lot of interesting points about how to let go, about how to watch, how to work with music. It left a great impression on me.

I am working with this theme for a few years and the more I work with it, the more it fascinates me. The ways how communication is established, not only among humans, but also among plants, animals, and even the Earth itself, require our close attention. As human intelligence reached unbelievable levels now, the old systems of communication are lost. Now violence, murder, lies, and aggression often replace them. However, as much as you can form communication through violence, lies, alcohol, drugs, you can also do it through happiness, freedom, tolerance, and acceptance. We should learn to understand people and explore their systems of communication. That is what the play is about.

AR: Is it hard to write about complex things using simple language?

I am a comedy playwright, I like to see people laughing. The Sun Line is…Well, I am not responsible for what you will see, it wasn’t directed by me. I don’t know what it looks like. But I staged it in Warsaw and people laughed to death! You could hear them sometimes shouting: “Stop! Please stop!” It is meant to be funny and if it isn’t–then something went wrong. 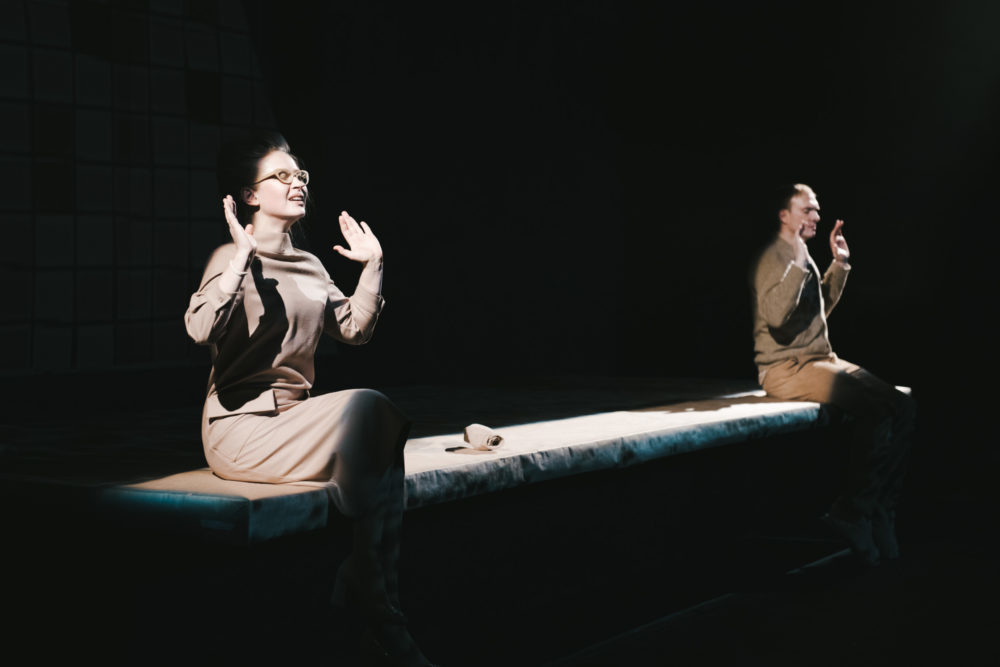 AR: What is your attitude towards contemporary theatre?

Another question is what contemporary theatre is comprised of? If you want to make Chekhov contemporary there is no need to dress him in modern clothes and make an allegory on Putin or Trump. I think that contemporaneity doesn’t mean showing attributes of today, such as mobile phones or Adidas sneakers. Contemporaneity means doing something at the present moment and explaining it to the viewers who are right here and right now what the reasons and aims for doing that are. That way you establish contact with them and the liveliness of this contact is what makes any theatre contemporary. Undoubtedly there are different forms of theatre being developed, but they are always contemporary made for contemporaries.

At the same time, it is no good to be ahead of your time. Theatre is not a book, a piece of music, or a work of art, which can be stored for some time and re-evaluated later like it happened with Van Gogh or impressionists who were first misunderstood but with time had become much more desirable. Such a thing is impossible in theatre, as it needs to be desired right now before the curtains go down–people either applause or they don’t, they either buy tickets or they don’t. And no filming will do the same.

AR: Is swearing a necessary part of contemporary theatre? What is your attitude towards that?

IV: Right now I am in Toulouse, on the premiere of another play of mine. All of the Russian translators are very worried about the untranslatability of certain words into French. Russian “mat” is part of the culture–it is a fantastic cultural scheme. The fact that “mat” is currently banned in Russian theatres and cinemas is an act of totalitarian vandalism, no less than that. In my plays, “mat” sounds very appropriate, and I am not the only one who thinks so. My heroes don’t offend anyone by swearing, they swear in a witty manner. I have a great feeling of swear words and in everyday life, I can use them in a very juicy way. That is my attitude towards “mat.”

AR: In many of your plays you touch upon the topic of happiness? What does it mean to you?

IV: For me, happiness is the feeling of knowing the purpose of my life. I know why I live, what for and how. Even if I am ill or have something else going on, this knowledge makes me happy.  And when it is lost the uncertainty begins. But most of the time I am happy.

AR: Do you have a dream and what is it, if you don’t mind telling us?

Yes, I have a dream. I have three kids, the youngest is 6 now and she is in the first year of school. However, when she finishes the school in 11 years and will enter the university it will mean all of my kids are grown up and do not require much of my support any longer. I will be able to stop working as I am working right now and move to the countryside with my wife. I want to live in the country, in a beautiful place! We are actually looking for a house now. I have wanted to move for a long time, but for now, I have to work, as I have three kids.

The event is supported by M.Art Foundation

This article appeared in Russian Art and Culture on December 12, 2018, and has been reposted with permission. 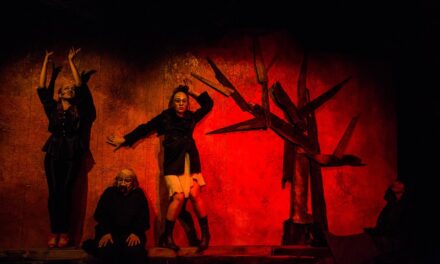 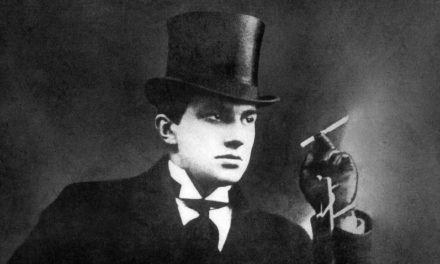 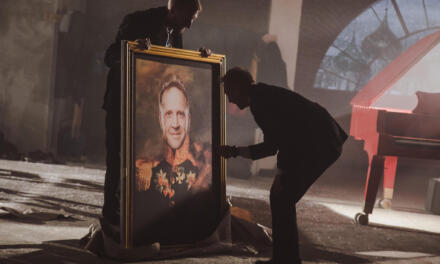 “On the Verge of Tragedy and Farce”: An Interview with Dmitry Krymov