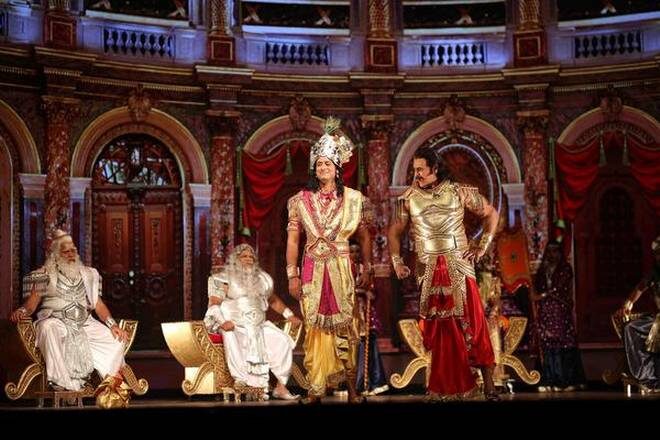 Puneet Issar, who plays Duryodhan in BR Chopra’s renowned television show, says his version of the Mahabharat focuses on Karna and Duryodhan.

Puneet Issar, the man who is burnt into our minds as Duryodhan in BR Chopra’s television show, Mahabharat, has written and directed the epic for the stage. Ahead of the Bengaluru performance this weekend, the 59-year-old actor says over the phone, “It is a different take on Mahabharat. Before BR Chopra’s television version, the epic has been done on film and television many times, including NTR’s Daana Veera Soora Karna (1977) where he played Karna, Duryodhana, and Krishna. Each version focussed on a particular character.”

On why he chose to focus on Karna and Duryodhan, Puneet says, “I feel Karna is the noblest character in the Mahabharat and Duryodhan is the reason for the war between cousins. There is no meaning to light if there is no darkness. There is no dharm (righteousness) without adharm (unrighteousness). That is why Duryodhan is important — the whole Mahabharat happens because of him. Shakespeare’s antagonists are powerful. Mine is a Shakespearean take on Mahabharat. I believe that history is written by the victors, but what about the vanquished? They also have a story to tell.”

The script took one and a half to two years to write. “People thought that since I have played Duryodhan in the television show and I am going to play Duryodhan again in the play, the other characters would not be given any importance. I have given the other characters their due. Krishna’s magnitude, Arjuna’s heroism, and Duryodhan’s mistakes — it is all there. What is wrong is wrong. I’ve called a spade a spade.” 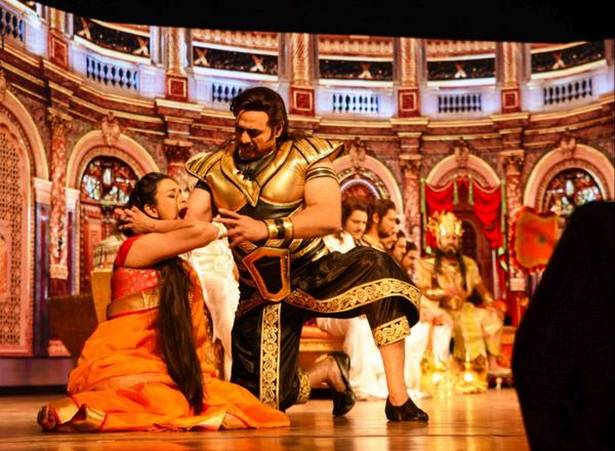 Bringing the epic alive on stage was not easy at all, Puneet says. “At a time when people don’t have more than three or four characters on stage, I have 24 actors, 15 junior artists, dancers, and live music. You will feel like you are watching a film on stage with actors coming out of the film and performing live in front of you.”

Prepping for the role saw Puneet lose 23 kilograms. “I worked out for four to five hours a day.” Technology has helped to mount a production of this size. “I have LED screens and 3D backdrops of the Kurukshetra war. The key moment when Krishna reveals his virat roop (universal form) is going to be mesmerizing. People will be spellbound.”

Puneet is confident that theatre has its charms, the many means, and mediums for entertainment notwithstanding. “Artificial intelligence is taking over a lot of things. Jobs are going to go but artists and theatre are not going anywhere because it is a live performance. Suppose you are watching your favorite actor, say Shah Rukh Khan or Salman Khan on your phone on YouTube, you might hum along or nod your head. But if you are watching Salman Khan dance live on stage with a live orchestra. Will that not have more impact? Live performance is going to come back in a big way. With Mahabharat, you are going to watch a 70 mm performance on stage. It is on the level of a Broadway performance.”

Having completed 30 shows in a span of seven to eight months, Puneet says they are hoping to complete a golden jubilee of 50 shows by the end of the year and plans are on to take the production abroad next year.

“The dates are already blocked. Next April we are taking the play to America.”

Apart from theatre, Puneet says he continues to work in film. “I am working on a web series called Gama. Salman Khan is the producer. We have started shooting, and it should be out by the middle of next year. It is about a wrestler, who has never lost a fight.”

Mahabharat, produced by Felicity Theatre will be staged at BR Ambedkar Bhavan, Vasanth Nagar on October 5 and 6 at 3 and 7 pm.

This article was originally posted on thehindu.com and has been reposted with permission. 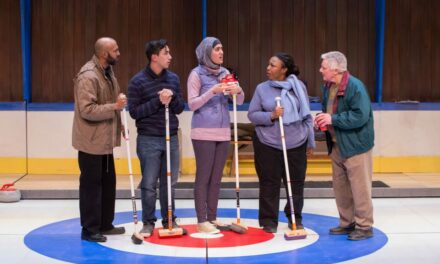