Ireland’s National Theatre is at a Crossroads

“Theatre can never be divorced from the culture which produces it.” – Susan Bennett, Theatre Audiences

The Abbey Theatre has been the subject of considerable controversy recently, following the release of an Independent Report from the Scottish Consultancy firm Bonnar Keenlyside. The report, which assesses the Abbey on many levels, was jointly commissioned by the Irish Arts Council and Fiach Mac Conghail, Director of the Abbey Theatre, to evaluate Abbey’s current business model and general mode of operation. As it stands, the Abbey currently receives €6.5 million of the Irish taxpayer’s money from the Arts Council, making the evaluations almost inevitable in the current state of the Irish economy.

The report highlighted the need for more emphasis on new Irish writing, more experimentation and development of ideas and methods of working in Abbey’s former hub – the Peacock Theatre, as well as a reinvigoration of ethos, suggesting that the Abbey returns to the grounds on which it was founded 110 years ago.

Earlier this year, however, individual reviews of Abbey productions over an eighteen-month time span carried out by Independent reviewers Roy Foster, Nick Kent and Mike Griffiths as part of the report, emerged under the Freedom of Information Act ahead of the report’s scheduled release. The report’s release was apparently informally agreed upon by Mac Conghail and the Arts Council. The release of these reviews caused widespread controversy amongst the Irish theatre community as in some cases, the reviews in question gave scathing accounts of Abbey’s previous twelve productions, which threw the theatre’s ‘world-class’ status into serious question.

The theatre, originally founded in 1904 by W.B. Yeats and Lady Gregory, operated as the Irish Literary Theatre, authenticating the importance and significance of Irish writing on the national stage. The Abbey, in its 110 years of operation, has staged and developed plays by the giants of the Irish literary canon ranging from O’Casey, Synge and Friel to their more contemporary counterparts Frank McGuinness, Tom Murphy and Marina Carr. Though, the Abbey may be viewed as a true writer’s theatre, placing cultural importance on its roles as a promoter, developer and advocate of new Irish writing, there is a need to discuss how the Abbey operates in today’s Ireland – it’s cultural significance and continued service to engaging with the work of emerging Irish writers, as well as a more general discussion of the Abbey in light of its production history from September 2013 to the present. 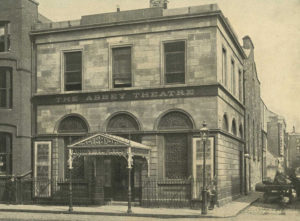 The Abbey Theatre was founded in 1904 by W. B. Yeats and Lady Augusta Gregory. Its precursors were the Irish Literary Theatre and Frank and Willie Fay’s National Dramatic Society. With patronage from Miss Annie Horniman, premises were purchased on Old Abbey Street and on December 27th 1904.

In a radio interview recently, speaking of the controversy surrounding the theatre, Mac Conghail has defended against the claim that the Abbey is not giving enough support to Irish writing, citing Abbey’s record of producing 25 new plays over a 5-year time-span. In spite of his defense, the dominant focus of Abbey’s work in recent times has been staging classic plays and their subsequent adaptations – quenching the thirst of both the safe-bet and the more enter-prising audience member. More information on Abbey’s specific production credentials outlined in the report can be viewed online here.

MacConghail cannot be criticised for being economically-savvy in a climate that is hell-bent on deeming theatre as a luxury, rather than a necessity. The Abbey, as the reports conclude, has been doing remarkably well as a business, maintaining steady-income and considerable box-office success in the current economic circumstances. But is it at the cost of being artistically inert? When an organisation receives €6.5 million, certain insurance must be taken to make certain that the money is managed properly. This is achieved by Abbey’s managerial efficiency. The Abbey, in a tough climate, gets by as a business rather than as a theatrically innovative company.

Interestingly, the report outlines financial parallels between the Abbey and other scalable theatre companies in Ireland (The Gate, Druid) and figures reveal that despite receiving six times more Arts Council funding than The Gate, The Abbey put only marginally more “bums on seats” over a specified period. While theatre will always contain a risk element, the Abbey is striving to minimise this risk in staging appealing, commercially viable productions that will generate income to keep their heads above water. But in a country where theatre is alive and kicking, and very much part of our lifeblood, is this good enough coming from our National Theatre?

In spite of the recent allegation regarding Abbey’s lack of support for new Irish writing, the theatre’s production history from September 2013 does seem to contend the supposed lack of development of new writing. Take for instance The Hanging Gardens directed by Patrick Mason. This saw the Abbey support new Irish writing by commissioning Frank McGuinness to stage his first new play in fourteen years on the Abbey Stage during the 2013 Dublin Theatre Festival. However, the support would seem to run short just there. Moving to Risen People, here adapted from the original James Plunkett work and directed by Jimmy Fay, the production incorporated Brechtian perception in reimagining the conditions of Dublin City lockout in 1913 through new music, projections and movement. While the production failed to marry these competing forces effectively, the Abbey must be commended for imagination, and theatrical gumption in attempting to breath new life into essentially stale dramatic content. Notably, this was one of many adaptations by the Abbey in recent times, not new writing.

Continuing the trend of familiar Irish work, we saw a faithful revival of John B. Keane’s Sive, directed by Conall Morrison this spring. The production saw no real alterations or revised interpretations from the original text, making this a very appealing play to the masses- most notably students preparing for state examinations, and an older generation of theatregoers and makers on the amateur dramatic scene. While the production scored low in terms of its innovation, it proved effective in its presentation of a text close to many people’s hearts. No surprise either that the production was a sell-out success, and is scheduled to tour to six venues nationwide next year.

Shakespeare made a reappearance at the Abbey recently, too, this time in the form of a radically redesigned version of Twelfth Night, directed by Wayne Jordan. The production relied on the elements of music, youth, and sexuality in the original Shakespearean text to highlight its relevance to a younger audience in a contemporary, cosmopolitan Ireland.

Most recently, the Abbey revived Aristocrats by Brian Friel – a family drama set in Donegal in the 70s. The production makes for a compelling story of a family unit sinking into decay following the death of the patriarch. False appearance and disparity between fiction and reality are at the heart of this work, incorporating Chekhovian naturalism to present a bleak portrait of an ironically “aristocratic” family. The production sheds light on the ideological values of family associated with Ireland, raising interesting questions concerning the place of the family unit in Modern Ireland.

Looking at these recent productions on the main Abbey stage, we see a dominant trend; the staging of established, familiar Irish writing. In their most recent programme, our National Theatre has presented work by McGuinness, Keane and Friel (along with their upcoming production of Shaw’s Heartbreak House which will open next month.) The Abbey’s loyalty would seem to lie with Ireland’s established playwrights, as opposed to the emerging ones. The Abbey marketed The Hanging Gardens as a new play back in September, and this begs the question: would the play have received the same level of attention if it were by an unknown playwright? Considering its dramaturgical faults, it seems hard to believe. New writing hasn’t been totally absent from the Abbey in recent times.

Conservatory, a new play by Michael West was staged at the Peacock earlier this year. The play received a considerably low profile, despite this being, by all means, a gem. The play depicted an elderly couple constantly grappling with everyday life, but raised questions of existentialism and metaphysical decay with the constant reference to Schrodinger’s famous cat-in-a-box experiment, and the questioning of what can truly be considered “real.” On the night I attended, they played to a half-full auditorium. I must ask; Why was a relevant, interesting new play such as this one going relatively unheard of? People, it would seem, are less inclined to opt for something unheard of, or unknown. Theatre is and always will be a risky business.

But in all the recent controversy, something much more quietly unsettling has manifested. Collectively, the report’s release and the leaking of the premature reviews earlier this year have morphed into some sort of national crisis. On Facebook recently, an alarming comment was made under an article concerning the Abbey posted by the Irish Times that caught my eye. It seems, for some people, the Abbey as our National Theatre is falling into the same category as other failed Irish institutions like the health system or the Irish Catholic Church. As previously mentioned, Ireland today has structures breaking down left, right and centre. But is it really fair to dub the Abbey as just another crisis? Their production history over the past year has been impressive in the given circumstances, so is it perhaps time we started taking a little more pride in our National Theatre as a cultural entity? The report gives no indication that the Abbey has failed artistically, after all. Viewing the Abbey as a representative of Irish theatre on a whole (as seems fair, considering the ratio of funding it receives compared to other organisations), such crisis condemnations can be viewed as hurtful to the theatregoer, maker and, speaking from my own perspective, student, who actively promotes theatre as an art form and necessity, not just an add-on, in society.

Nonetheless, the Abbey will always be subject to criticism. And rightly so, in an industry where continual assessment and review are paramount. The report conclusively affirms that the Abbey is in urgent need of change. Fintan O’Toole, drama critic for The Irish Times, has noted recently that plays are already in sharp decline in the current market, so perhaps it is time for the Abbey to make a u-turn back to its roots as a creative group of artists and begin to explore new ways of operating and speaking to Ireland today. 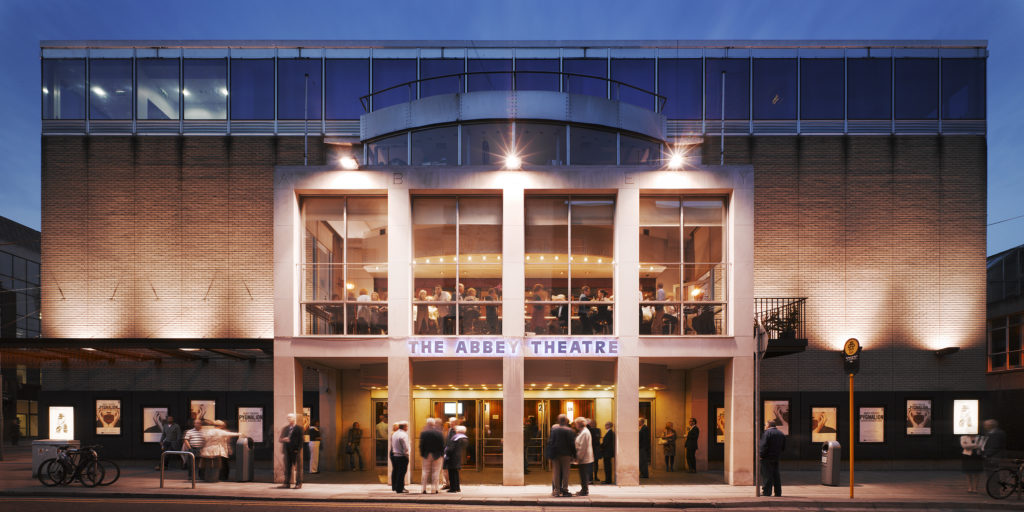 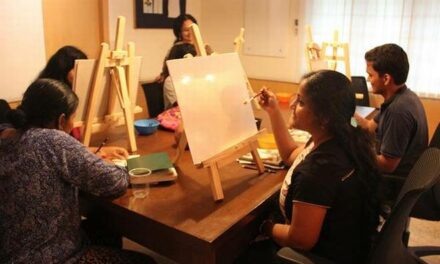