How to Stage an Opera? Summer Munich Opera Festival as a Role Model

Summer in Europe is the time for performing art festivals. Avignon in France or Edinburgh in Scotland are the best known by professionals and spectators. Both are mainly dedicated to theatre. It is usual to find articles about them in The Theatre Times. However, it is no so common that theatre magazines would include information, papers or reviews about opera because it is usually considered as a music issue instead of a staging one.  In addition, expectations of operagoers and opera professionals are more focus on the conductor, orchestra and singers than how the story is told. They would rather prefer good music performance than good storytelling. Most of them attended opera houses looking for the music that they have listened to on the radio, in their computers or other devices. Meanwhile what the opera must tell does not matter them.

For instance, that situation is changing. Anybody who would have gone to the summer Munich Opera Festival, one of the best opera festivals in the world, has been realized how important is the stage direction in their shows nowadays. Directors work as much as they could with the gestures, actions, movements, and intentions of the singers. Their job is based on the music and the lyrics, and it is done hand in hand with the conductor. The target is to bring up to date the plot without betraying the original librettist and composer intentions. Way of working which attracts many other artists who want to do their best beyond the tradition.

Agrippina by Händel, that it has been released in Munich this summer, is one of the best examples of this kind of collaboration. Ivor Bolton, the music director, and Barrie Kosky, the stage director, have joined their efforts and knowledge to premiere this baroque opera as a funny vaudeville. It does not matter that many people think that baroque music is not made for fun, Bolton and Kosky listened to the score and read the wording. Consequently, they have found an astonishing story of love and power that make laugh to the audience. A story about how difficult is to get both at the same time.

The plot is starring by the determined Agrippina. She is married to Claudio, the Roman Emperor. She wants that Nero, her son, will be the successor of the throne. Nero could not be because he is not the son of Claudio. In addition, he should not be because does not look very clever. The way she found to get supporters is using her sex-appeal with any men who she thinks that could be key players or are prone to help her.

At the same time, Ottone, who save Claudio’s life in a shipwreck, claim the throne that the emperor promised him. Ottone thinks that if he has the throne, he could be engaged with Poppaea. Poppaea is the woman of the court that every man wants to flirt, the emperor and Nero included.

It is the approach of both directors which makes this staging remarkable. Firstly, they have chosen terrific singers who are good performers too. Elsa Benoit, who plays Poppaea, not only does she sing every note, she knows to be on the stage. She has the attitude of an excellent actress. Or Alice Coote, who performs Agrippina, a good soprano too, with an amazing charisma as popular comedians have. Or the countertenor Franco Fagioli, Nero in this production, that it is supposed that he could do anything that a stage director could ask him. Anything similar could be written about the rest of the stunning cast. They do not betray singing but they perform intentions of the characters as a reaction to what they are living on the stage.

Secondly, the orchestra is outstanding. Many of its members could play any kind of music and directed by almost any conductor. Apart from their own ability and training, they have a lot of opportunities to practice and improve due to the number of different performances that there is in the Bayerische Staastoper Theatre every year.

Finally, Agrippinaset is an important part of the success of the performance. It has been designed by Rebecca Ringst. It consists of an empty dark grey stage where a black two-store big cage is moved. The cage is covered by black Venetian blinds who could be open to show what happens inside. The inner rooms of the cage are painted bright white. It could be opened to offering many options to set up different scenes and let the plot progress smoothly till Agrippina ending.

In conclusion, Bayerische Staatsoper is showing to the opera world the future pathway. A world that could not live only of perfect music performances according to the best recordings in illustrative settings. A new range of abilities and knowledge must be incorporated. Professionals are ready. They are waiting for an opportunity to show what could they do, and do better, to tell classics, repertoire or new operas to the audience. The box office is not negatively affected, on the contrary, it has sold out. There were many people looking for tickets around Prinzeregenten Theatre, where Agrippina was performed, and there were people from all over the world seated in the theatre. Hence, the question is who is afraid of this new successful approach to the opera? 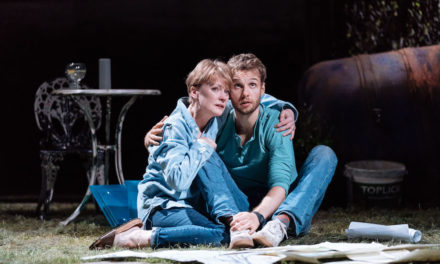 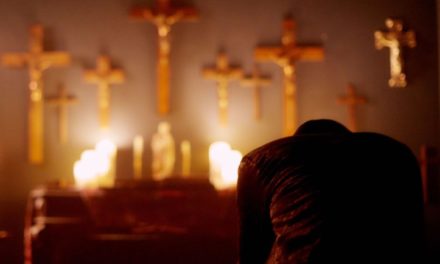 Between Panoramas And VR: What Does It Mean To Be Immersed?