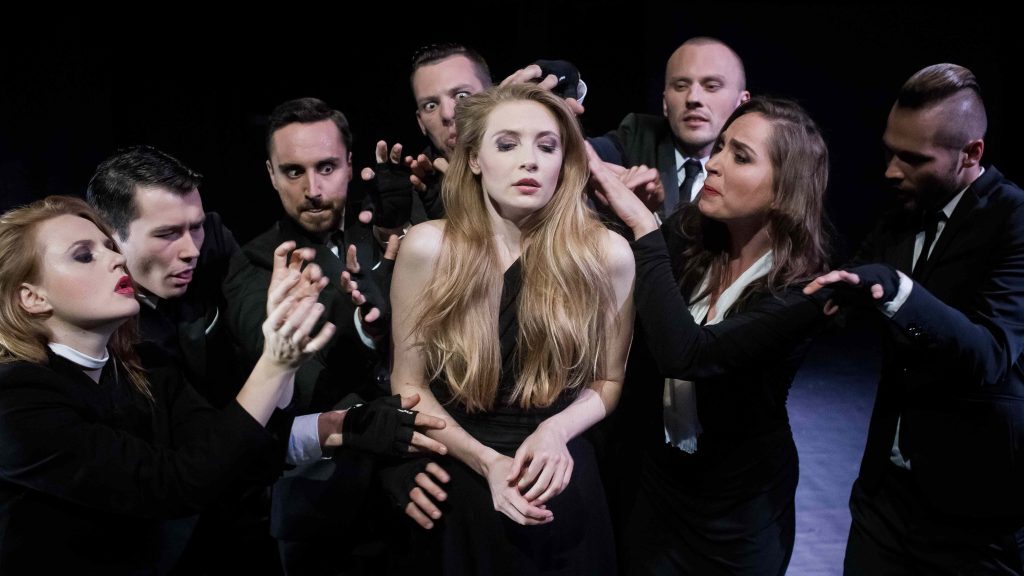 The plays of the great Norwegian playwright Henrik Ibsen are a natural staple of the repertoire at most theatres in Norway. But, perhaps surprisingly, how they are staged today would surely make Ibsen squirm in his grave. His finely-tuned dialogue is translated into contemporary Norwegian and often drastically abbreviated as well. And the action of the plays is often moved forward to our times.

A case in point would be the Rogaland Theatre’s recent production of A Doll’s House in Stavanger, Norway. Here the play was pushed forward to our time. Nora became a modern, bored, stay-at-home trophy wife and Helmer a young, impeccably dressed financier forever checking his cell phone. When Ibsen’s original Helmer sends Krogstad his letter of termination, this Helmer didn’t get the housemaid to deliver the letter by hand. He just pressed “send.”

The purpose of the changes is, of course, to make the play speak more directly to audiences today. Some would say that this is chewing the audience’s food for them. It certainly raises the question: When fully half of all marriages in Norway today end in divorce, what becomes of the play’s original shock value? Nora leaves. Not so big a deal today.

A more uncompromising approach is seen in Rolf Alme’s production of A Doll’s House at Teatr Polski in Wroclaw, Poland. Alme, a Norwegian by birth and a European by choice, rewrote the play from the ground up. He keeps the basic story, but that’s about it. His version is entitled Acid Snow, and it gives its audience plenty to chew on.

Alme’s approach discards most of the psychological realism Ibsen was such a master at writing. Instead of well-defined and “believable” characters, Alme’s actors go in and out of character. Except for Nora, all the actors not in a scene function as a chorus, commenting on the action. And two actors play Helmer at the same time, thereby doubling Nora’s feeling of being overpowered.

Alme’s “In yer face” theatricality achieves the contemporary relevance sought, but not always found, by the lightly updated versions. His text runs headlong into current political debates in Poland, just as Ibsen’s text did in his time.

The number one hot button issue in Poland today is women’s reproductive rights. Along with Ireland, Poland is saddled with some of the most restrictive laws in Europe. Massive protests and counter-protests have taken place. The Catholic Church, an important political power base in Poland, regularly weighs in on the matter.

When Alme’s Nora asks, near the end: “Do I even own my own body?” you could hear the audience gasp, then fall silent.

Predictably, the production divided the critics along political lines. Conservatives hated the production, calling it amateurish and jejune. But Leszek Pulda, a highly regarded theatre critic and media professor at the University of Wroclaw, wrote a lengthy rave, calling it a “fascinating spectacle,” and comparing Alme’s direction to that of Ivo van Hove.

Politics aside, the cast, all of whom are in their twenties, is energetic and committed. In the center is Paulina Chapko as Nora. Despite the expressive, non-realistic esthetic, she wins our sympathy as much as any other Nora I’ve seen. It is simply a towering performance.

Happily, the production has supertitles in English. It should do well at international festivals. 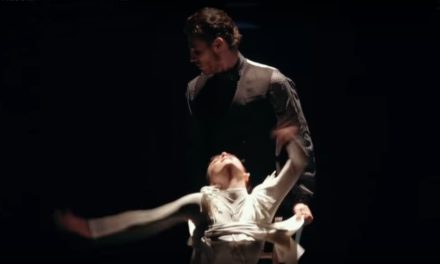